On January 8th there was a special commemoration in Bantry to mark 40 years since the disaster at the Gulf Oil terminal on Whiddy Island.

At that event, the West Cork-born maritime lawyer, Michael Kingston, stated his intention to bring a case to the High Court to get justice for the families of the Whiddy disaster – an event in which his own father was one of 51 people that tragically died in the Bantry Bay explosion.

Meanwhile the rescue of Rebel – a dog that was found in an almost comatose state as a result of the serious injuries inflicted over the Christmas period – brought some good news when Jennifer Headlam informed this newspaper that she was on her way to recovery.

On a lighter note, Padraig Whelton, the publican at The Anchor Bar in Courtmacsherry, wasn’t shy about discouraging the use of smart phones in his bar. He said that he and his staff were actively trying to encourage people to converse rather than staring at their phones.

A 75-acre Bandon daffodil farm had a bumper season in January, having been on target to pick eight million flowers by early April. The bigger bloom was attributed to the very mild winter.

In January, the High Court granted the Skibbereen anti-plastics campaigning group, Save Our Skibbereen, permission to seek a judicial review of An Bord Pleanála’s decision to approve planning permission for the construction of a plastics factory at Poundlick. They didn’t know then that before the year was out, the courts would rule in their favour.

Concerns were also expressed that month about the fact that West Cork had one of the lowest take-up rates in the country for the meningitis C vaccine. The average national take-up is believed to be about 85% while in West Cork the number was one in five.

Unprecedented post-Christmas dumping was reported in January, which also resulted in Council’s bins being filled to over-flowing with household waste.

Area engineers complained that the mountain of rubbish left in the most unlikely of places was ‘phenomenal.’

In January, the only female member of the West Cork Municipal District, Cllr Mary Hegarty (FG) announced she would not be seeking re-election. And in the same month, West Cork paramedics took to the picket lines over the Health Service Executive’s failure to recognise the National Ambulance Service Representative Association’s affiliation to their chosen trade union, the Psychiatric Nurses Association.

The weather in February turned nippy with temperatures dropping to -4. Snow fell on high ground, but routes around Bandon and Innishannon were worst hit, resulting in lots of minor crashes and not so minor tailbacks.

In another weather-related story, the head of the country’s only seal rescue centre claimed that lots of seals had been beached due to increased storm activity.

Fishermen claimed the seal numbers had significantly increased and that the mammals were eating too many fish, but the director of the seal centre claimed there are under significant pressure to survive due to environmental and weather changes.

One of the most unusual crime stories ever to grace the front page of The Southern Star newspaper happened in February. Gardaí confirmed that there were 35 thefts from vehicles in Clonakilty, Belgooly and Riverstick from vehicles that had been left open overnight.

There was outrage that month when it emerged that former world rowing champions Mark O’Donovan and Shane O’Driscoll, would have to dip into their own savings to fund their 2020 Olympic dream after the pair learned they had lost their Sport Ireland International Carding Scheme funding, worth €20,000 each.

A Taste of West Cork Food Festival was named the Best Wild Atlantic Way Tourism Experience (Small) at the Irish Tourism Awards in Dublin. The hugely popular festival has grown from modest start to become one of West Cork’s biggest ‘must-visit’ attractions. 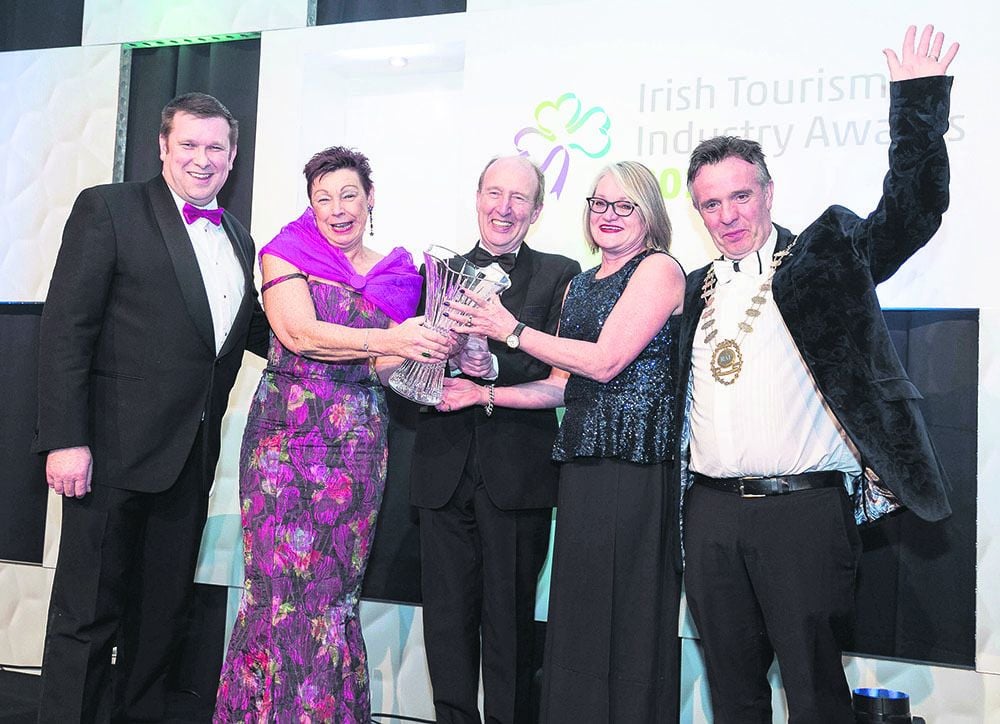 In February, the people of West Cork said goodbye to the internationally renowned artist and writer, Tomi Ungerer (87). But in true Tomi fashion he managed to leave his own epitaph in a “Far Out Isn’t Far Enough” documentary on his website. For this polymath and provocateur, the quotation fitted very well with his own motto in life: ‘Expect the Unexpected’.

West Cork’s Judge James McNulty claimed there are not enough district court judges to cover the increasing amount of cases in his district. He pointed out that there are some court sittings that experience very long days and run from morning up until 7pm, or late