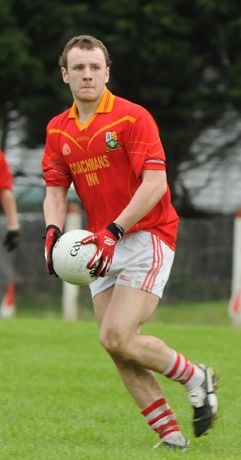 KILMEEN and O’Donovan Rossa will meet in a semi-final of this year’s South West U21 B football championship following their respective victories this weekend.

A fancied Kilmeen team needed extra time to overcome Tadhg MaCarthaigh in their quarter-final on Friday night before winning 1-12 to 1-11 with wing back Ogie Scannell kicking the winning point for Kilmeen. Damien O'Gorman scored 0-5 (3f) and Joseph O'Donovan hit 1-1 for the winners, while Cork U21 captain Brian O’Driscoll scored a stunning 1-8 of his side’s total.

Meanwhile, Kevin Davis scored 0-9 (4f) and Dylan Hourihane kicked 1-3 as O’Donovan Rossa got the better of Urhan, 3-16 to 2-5, in their quarter-final in Bantry on Saturday. The Rossas led 1-13 to 1-2 at the break, with Davis scoring 0-8 in that half alone. Brian McCarthy and Jack Cowap also scored goals for the Skibbereen side.

Meanwhile, on Sunday morning Ibane Gaels caused a shock with their 1-14 to 0-12 extra-time win against Kilmacabea. The winners now play Bal in a quarter-final, with Mathunas and Clann na nGael still to play in a quarter-final on this side of the draw.

Don’t miss Thursday’s Southern Star for reports from all the weekend’s SW U21 B football championship games.