Sister Anne Marie, who took her first vows, and Mother Irene of the Holy Face at the ceremony of simple profession in Leap

Residents in the Woodlands Estate in Clonakilty said they were concerned about the presence of the highly invasive and massively destructive Japanese knotweed at a site nearby which is earmarked for 51 social houses. They said the despite being told by Council officials that the problem would be dealt with, they still found large Japanese knotweed plants growing on the site.

With the local election approaching, one candidate decided he would re-use and re-cycle his election posters from previous election campaigns. Cllr Alan Coleman (Ind) said that most of his previous posters were in ‘good nick’ and that he had been getting ‘some jovial’ comments on him looking so youthful.

Meanwhile, another candidate who was hoping to secure a seat in the Bandon Kinsale Municipal District said he would running a poster-free campaign. Pat O’ Regan, a business owner and father of three from Belgooly said he was doing this for environmental reasons.

It was another busy Kinsale 7’s rugby weekend when gardaí seized about €11,000 worth of suspected drugs and arrested 29 people. Chief Supt Con Cadogan said that as part of the policing plan gardaí deployed additional plain-clothes members from the divisional drugs unit.

The American owner of the Lusitania wreck, Gregg Bemis signed over the wreck and its artefacts to the Lusitania Museum / Old Head Signal Tower Heritage group. The special ceremony took place at the Speckled Door bar and Con Hayes, secretary of the group described the gesture as ‘gobsmacking’ and said they will now be the future owners of the wreck on the death of Mr Bemis. 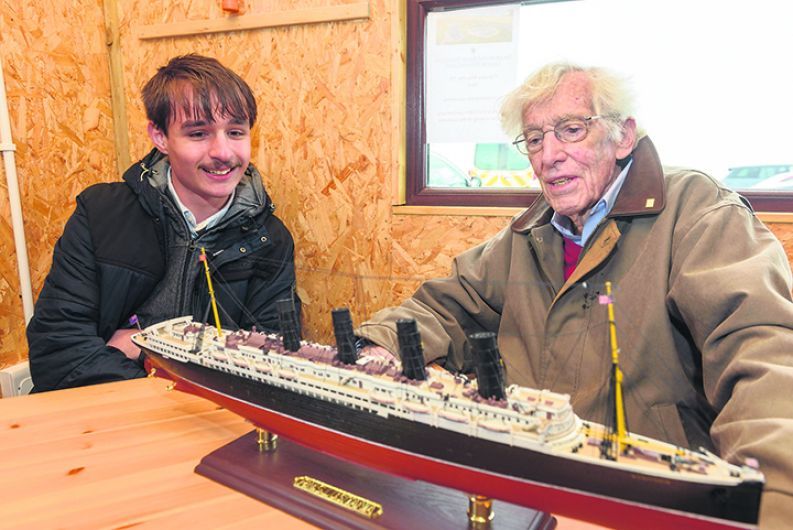 Despite it only being May, West Cork was experiencing an abundance of dolphins, basking sharks and humpback whales off the coast, well over a month ahead of schedule.

Meanwhile, a first time local election candidate, Evie Nevin from the Social Democrats, found that some of her election poster were removed in Skibbereen and Clonakilty. She said she had battled with her conscience to erect posters and was disgusted that some were taken down.

Drug-driving detections in the West Cork garda division were up 200% for the first four months of this year. New garda figures showed that more people are driving under the influence of drugs in West Cork than anywhere else in the county. Chief Supt Con Cadogan said that 24 people were arrested for the offence between January and May.

The head of an order of nuns in Leap was prosecuted by Cork County Council for being in breach of planning. Evidence given at Skibbereen District Court heard that Mother Irene Gibson failed to comply with a planning notice that was served on her at Corran South in Leap on July 24th 2018. The court heard that the Council had received four complaints about the structure, timber oratory as well as several hermit huts which were built without planning permission.

The son of Sophie Toscan du Plantier, Pierre Louis Baudey-Vignaud said his mother had such confidence in West Cork, as a place of peace, that she opened her door to her murders. He was speaking outside the church in Goleen after mass about his mother.

The month got off to great start for The Southern Star after it enjoyed a double success in the fourth Local Ireland Annual Media Awards. News editor Siobhán Cronin won the Feature Story of the Year category for her article ‘Whiddy tragedy recalled’ which marked the 40th anniversary of the Bantry disaster. For the second year running, the newspaper also won Best Local Advertisement for an ad by Star graphic designer Irene Paradisi for a local environmental campaign.

After a local election count that went on for four days, Holly McKeever Cairns (SD) pipped Beara’s Finbarr Harrington (Ind) to win the last seat in the Bantry area – by a single vote. She said that the outcome of the often tortuous four-day count underlined the face that ‘every vote counts.’

The local elections can be summarised by the success of  younger and first-time candidates and the all-but collapse of the Sinn Féin vote. Newcomers included student Katie Murphy (FG) who won a seat in the Bantry Constituency.

Cllr Gillian Coughlan (FF) topped the poll as expected in the Bandon Kinsale Constituency, while her colleague Cllr Christopher O’ Sullivan topped the poll in the Skibbereen electoral area.

Another surprise shocker was another newcomer who won a seat in the Carrigaline electoral area was UCC student, Ben Dalton O’Sullivan. Armed with just eight posters and a few hundred leaflets he secured the seventh seat.

It was a three in a row for West Cork as another councillor from the area was elected County Mayor. Cllr Christopher O’Sullivan (FF), who topped the poll in the May local elections in the Skibbereen West Cork electoral area set out green credentials at the outset.

There were fears that the fishing post of Castletownbere could lose €8m if it can no longer fish at the dispute Rockall area off Donegal. A local co-operative manager called on the Irish Navy to accompany trawlers in the area to provide protection for them.

West Cork’s own move Float Like A Butterfly was breaking all record will sell out showing at the Cinemax in Bantry ¬– just a few miles from where it was shot. Written and directed by Carmel Winters large numbers of fans were turning up to see the award-winning film.

Councillors heard that organisers of the West Cork Rally refused to add Ahiohill to the route as the roads were so bad. Cllr Joe Carroll (FF) said at a Council meeting that some minor roads in West Cork are not fit to drive on.

A mother of young man from Enniskeane who was left paralysed following a car accident last year called on the HSE to sanction funding for a home care package so that he can leave the nursing home where he had spent several months at. Eileen Coffey made an emotional appeal on The Southern Star on behalf of her son PJ.