The Castlehaven U21 team that won West Cork and county titles in 1998.

When Castlehaven won the club’s third Cork SFC title in 2003, 18 of the players on the senior panel were part of Haven’s county U21 winning side of five years earlier. Most of them are still involved with the club today. KIERAN McCARTHY takes a closer look at the U21 class of 1998 to see what made this group stand out

THE Castlehaven U21s meant business in 1998. Enda Buckley recalls a team meeting early in the season where the targets were put in front of the group – winning West Cork was the immediate priority.

Buckley was in college in Galway but, like his team-mates, he knew he had to be home for training on Friday evenings. Miss that and you wouldn’t see game time.

‘It was taken very seriously, it was like a senior set-up, we were knocking on the door in West Cork, we knew we were getting close and we knew we had a team that was good enough to win,’ Buckley explains.

That U21 team brought together different underage groups who had excelled in previous seasons, including Buckley’s side of a few years earlier that became the first country team in the county to make the Premier minor ranks.

‘It’s not a big deal now but back then it was unusual to have a country team playing Premier,’ Buckley points out. He was one of the elder statesmen in 1998, his last year at U21. It was the same for Colin Crowley, Alan Crowley, Kevin O’Donovan and Brendan Deasy – and they wanted to go out with a bang.

The Crowley brothers, Colin and Alan, were leaders in this team – captain Colin was fast, strong, powerful and a good finisher, while Alan was highly-rated in the middle of the park. Deasy shouldered the bulk of the scoring threat, posting big numbers throughout the campaign, as did Cork minor Paudie Hurley, who was 17 years old. Hurley is better known in recent years as a goalkeeper but he played outfield in his earlier days and was a real talent. Colin Crowley, Deasy and Paudie Hurley were three match-winners in attack.

Future Cork senior Bernie Collins was also one of the young guns in the Haven U21 team, he was already a physical presence who was starting to make his name.

‘I’m obviously biased but there was a serious team there,’ explains Enda Buckley, manning the centre-back berth.

‘It was strong in all areas, a very good defence with serious forwards and then Dermot Hurley and Alan Crowley in midfield, great footballers with massive engines.’

It was hard to find a weak link in this team, eight of the U21s were already in with the club’s seniors, and the sideline was stacked too – James McCarthy as manager, joined by Niall Cahalane, Finbarr Santry and Jack Buckley.

Momentum was building and they took care of Clonakilty in the semi-final, 1-22 to 2-10, after another dominant display, with Alan Crowley in midfield particularly impressive. He was a serious footballer, many believed he was Cork senior standard, but he never reached that height; a combination of a back injury and joining the Army. That day in Dunmanway, he was majestic. Paudie Hurley’s 0-8 (6f) and Deasy’s 0-5 (1f) kept the scoreboard ticking over for the winners, who met Tadhg MacCarthaigh in the West Cork U21A final.

Again, the Haven performed when it mattered. Full back David Hurley and centre back Enda Buckley were rocks, Dermot Hurley outshone Alan Crowley in midfield, while Deasy and Colin Crowley spearheaded the attack. Goals from Deasy and Liam O’Donovan were important in a 2-14 to 0-12 triumph in Skibbereen. Castlehaven were West Cork champions.

They didn’t stop there. They knew they had more to give. In the county series, Castlehaven dethroned reigning champions Beara in the quarter-final. The Carbery champs won 4-7 to 1-12 – Bernie Collins (2), Alan Crowley and Stephen Connolly with the goals.

The county semi-final against Nemo Rangers was a feisty affair. Maybe the city slickers underestimated the country boys, and possibly even more after Nemo raced 1-4 to 0-1 ahead after 20 minutes. Nemo managed only two more points while Castlehaven hit back with 1-13, as they won 1-14 to 1-6 in Cloughduv. Castlehaven trailed by one point at the break, 1-4 to 1-3, and ran riot in the second half, led by Deasy who finished with 1-6 (3f).

Rathluirc Rovers (Charleville) were no match for Castlehaven in the county final, which was the curtain-raiser at Páirc Uí Chaoimh for Bantry Blues’ 1998 Cork SFC final glory against Muskerry. Even though Alan Crowley missed the game with a back injury, Castlehaven were too strong with captain fantastic Colin Crowley rattling up 1-4, and Fergus Shanahan chipping in with 0-3 in a memorable 1-12 to 1-6 win that was more comfortable than the scoreline suggests.

After the ’98 win, club chairman James O’Neill prophesised afterwards: ‘I have no doubt you will bring home much bigger cups in the years ahead.’

Now it was the turn of the new generation to step up to drive on the senior ranks. It was their turn to emulate the heroes of ’83.

When Castlehaven beat Clonakilty in the 2003 Cork senior football final, it was backboned by the 1998 U21 team. Lee Miles was in goal, Liam Collins, Alan Sheehy (unused sub in 1998) and Ray Cahalane in defence, Dermot Hurley in midfield, with Stephen Connolly, Alan Crowley, Colin Crowley, Bernie Collins and Paudie Hurley all starting in attack. David Burns and Brendan Deasy came on as subs. In fact, all of Castlehaven’s 1-9 total was scored by the U21 class of ’98 – Colin Crowley (1-4), Stephen Connolly (0-3), Paudie Hurley (0-1) and Bernie Collins (0-1).

On the senior panel were more 1998 U21s, Kevin O’Donovan, Shane Hurley, Fergus Shanahan, Enda Buckley, Dessie Buckley and Liam O’Donovan. That’s 18 from Castlehaven’s U21 team that played a role in the club’s county senior success five years later. They added the energy to drive on established seniors like Niall, Fra and Dinny Cahalane.

That U21 team backboned the senior side for more than a decade, and that team also had a strong influence on the county-winning 2012 and 2013 teams with Paudie Hurley (now in goal), Liam Collins, Dermot Hurley, David Burns, Shane Hurley and Liam O’Donovan all playing. A sizeable chunk were involved again in the county senior success 12 months later. In fact, the 1998 Castlehaven U21 team has accumulated 28 county senior medals between them – Dermot Hurley, Paudie Hurley, Liam Collins and Shane Hurley all have three SFC winner’s medals each. Even now, Paudie Hurley and Shane Hurley are still playing with the club, 22 seasons on from their Cork U21A final success. 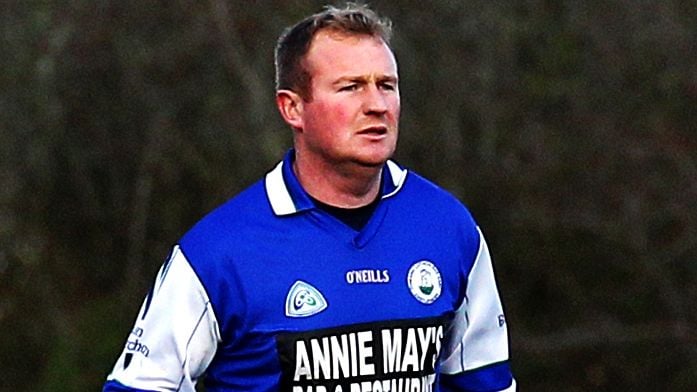 Paudie Hurley is one of two members of the 1998 Castlehaven U21 team still playing with the club.

That 1998 U21 team is still producing for the club with many involved in roles with Castlehaven this season:

So, why do so many Castlehaven players give back to the club?

‘It’s a culture thing, it’s a case of this is where you’re from and this is who you are,’ says Enda Buckley, current club underage chairman.

‘There is pride, of course, but there is an obligation that you have to give back. Football is such an integral part of the parish and the community, there is a sense of belonging. You feel obliged to give back.’

Paudie Hurley agrees: ‘We started out here, we got a hand from a lot of people in the club so we put it back in again.’

The club also lost very few players off the 1998 U21 team so the core stayed together, James McCarthy points out.

‘We were lucky enough that they did stay local. A lot of work was local and most stayed in Ireland. The two Crowleys left, Alan into the army and Colin emigrated to America – they were two super players. Dermot Hurley’s brother David played senior up to 2002 but moved away then. Raymond Cahalane was another big loss after 2003, he was our centre back, another super player, but we held on to everyone else,’ McCarthy notes.

‘The secret is they stuck together and there was a strong bond in that team that’s still there now.’

‘That U21 team wasn’t a one-hit wonder and that group is still producing the goods for the club now,’ James McCarthy explains. That team meant business in 1998 and they still do now, driving standards throughout the club and on and off the field.