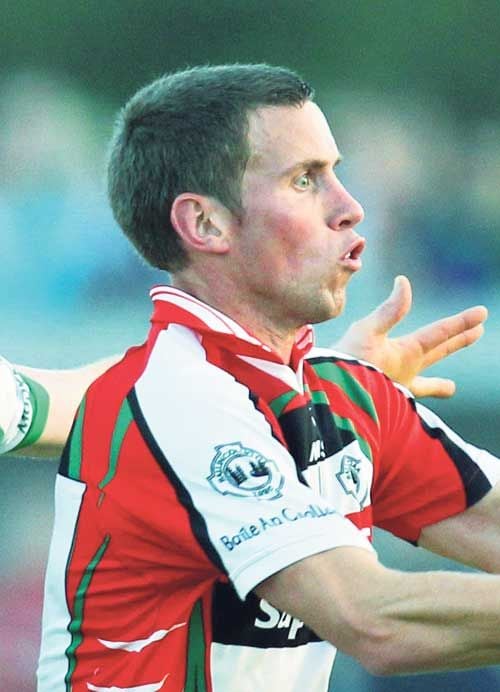 PADDY Kelly returned to Cork senior football training this week but Sunday’s McGrath Cup quarter-final against Tipperary in Clonmel Sportsfield is coming far too early for the Ballincollig clubman.

Mark Collins is the only high profile addition to the Cork panel since last weekend’s rout of Mary I in Mallow.

‘Paddy returned to training with us this week but he’s a couple of weeks away from playing,’ Cuthbert confirmed to The Southern Star on Wednesday.

Cork, who name their team this Thursday (January 8th) for this clash with Tipperary, are expecting, and need, a far harder challenge that they received in the 27-point demolition of Mary I last weekend.

‘The reality is that the national league is just two weeks away and we need to get competitive games under our belt before then, to get us ready for what’s ahead. A match like last Sunday was no good to us or to Mary I,’ Cuthbert said.

‘It will be a different story on Sunday because our games with Tipperary over the last few years have been very close, so we are expecting a far tougher game. It’s what we need, to be honest.

‘The team itself will be along the lines of last weekend’s. Mark Collins is back.’

Also, Cork IT are away to Waterford in their McGrath Cup quarter-final, which will be held in Clashmore, at 2pm. Sigerson Cup champions UCC continue their preparations for the defence of their title when they travel to Newcastlewest where they play Limerick, at 2pm.

The other quarter-final is an all-Kingdom affair between All-Ireland champions Kerry and college side IT Tralee, which will be held in Austin Stack Park, Tralee, again at 2pm.

Meanwhile, in the Waterford Crystal Cup, Cork host University of Limerick in a preliminary round game at Cork IT this Saturday, January 10th, at 2pm.