DIVISIONAL teams have a place in the county senior championships – but the cooperation of players holds the key to their success, says Cork GAA CEO Kevin O’Donovan.

In recent years, Carbery, for example, has struggled to make an impact in the county senior football championship. The division’s last championship win was in 2017. In his end-of-season 2021 report, manager Tim Buckley lamented the lack of interest in the division’s football team, highlighting it was at ‘a crossroads’. He also revealed that he received a ‘disappointing’ response from 40 players who were contacted to see if they were interested in coming on board last year.

‘We face huge challenges in maintaining interest amongst the clubs and the players going forward as the rewards for such commitment are just not forthcoming at present and in a nutshell the current format just doesn’t seem to appeal to the players,’ Buckley said.

In this year’s Premier SFC, divisional and college teams will play in their own competition and one team will progress to the PSFC proper at the quarter-final stage. Three seeded teams – UCC, MTU and Duhallow – progress to the divisional/college semi-finals, and they will be joined by the winner of the unseeded section that consists of all other divisional entries, such as Carbery, Beara and Muskerry. These round-robin games, in football, will take place on Thursdays in June (9th, 16th, 23rd and 30th), while in the divisional and colleges’ section of the hurling championship the games will be played on Tuesdays (7th, 14th, 21st and 28th) in June. 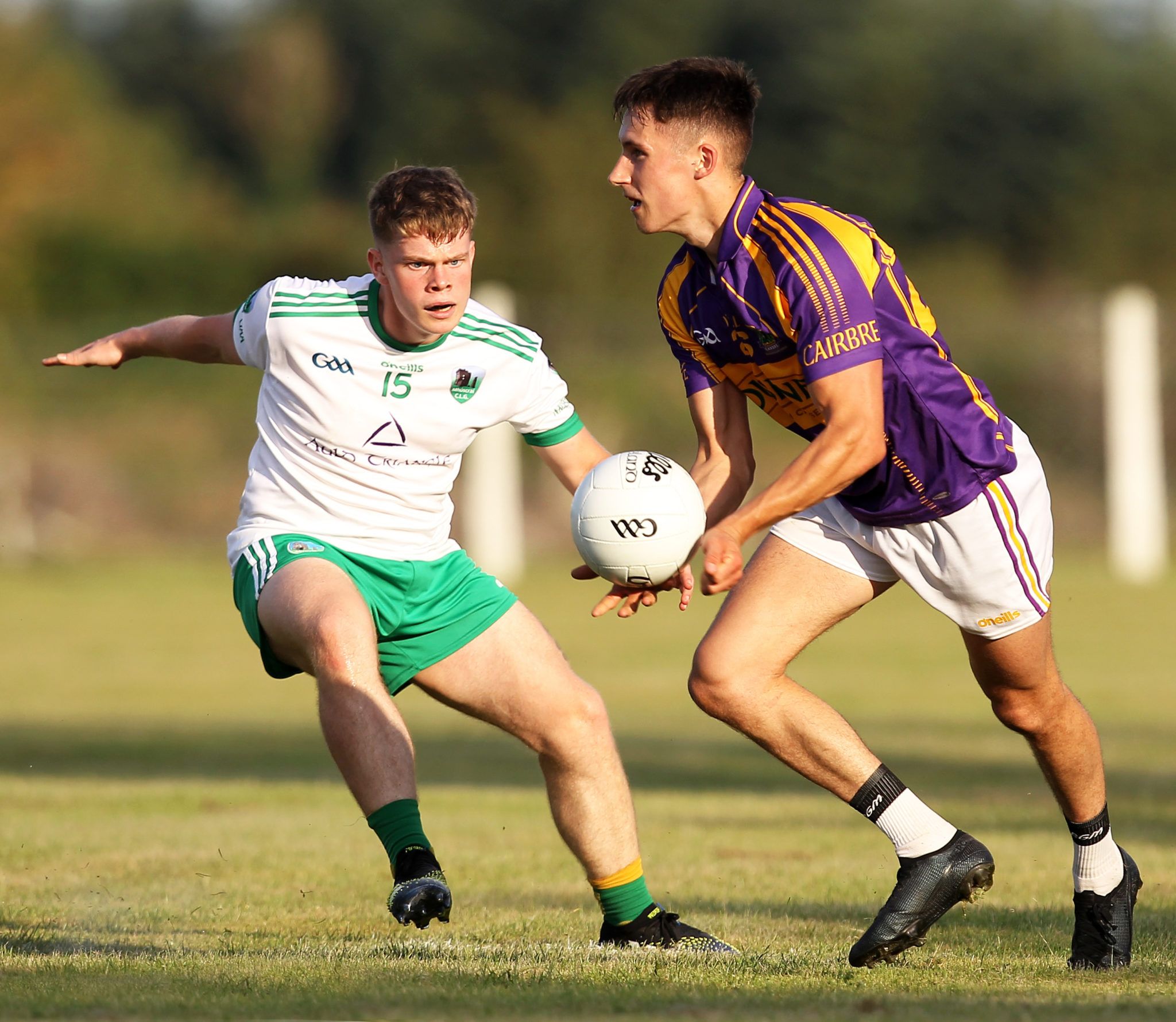 Carbery's Cormac O'Connor coming out past Muskerry's Jack Kelleher during their 2-21 Cork PSFC round two game at Castletownkenneigh.

Former Carbery GAA Chairman Tom Lyons told The Southern Star in December that he feels ‘there is no space and no future for divisional teams’ in the current format, adding ‘the divisional section of the championship is now squeezed into midweek somewhere and divisions have to field without their inter-county players.’

Lyons added: ‘Do players want divisional teams? Maybe. Do clubs want them? I honestly don’t believe they do. Does the county board want them, that’s the big question? I think their days in the championships are numbered, unfortunately.’

But Cork GAA CEO Kevin O’Donovan told The Star Sport Podcast that he believes there is a future for divisional teams in the county championships.

‘There will always be room for them as long as the players in those divisions want to play,’ O’Donovan said.

‘There is no question mark over the Duhallow footballers, for example. They have as many games as anyone and a lot of them are playing dual as well. They want to play, they field a team. It’s difficult at times, they get caught with tight schedules, like Kanturk playing on a Friday night and Duhallow on a Sunday evening, or perhaps worse. We can’t get out of that because our programme is based around giving the club player regular, meaningful games.

‘This is not a problem of the last two years since the new format came in. I have been involved with Carbery hurling and was at a Carbery convention 20 years ago when there was a proposal to pull the team out of the championship because the players didn’t want to play. That push and pull is always happening. There will be a place for divisional teams. Their place is safe, but it is up to the players involved to express a desire to play. We have come up with what we think is the best option, to play in a particular window with the weaker divisions in the June period before the clubs get busy with championship activity, and then the Imokillys and the Duhallows join in at a later date. That model will be played out over the next few years and we’ll see then.

‘There is no agenda, there is no-one trying to get rid of divisional teams but there are only so many days in the week. Our main objective is that every player, in our 400 adult teams in the county, gets regular and meaningful games.’