LAURA Guest was the first West Cork woman to put rugby firmly on the map in her homeland.

She was a pioneer. A trailblazer. The Clonakilty woman who played senior rugby for Munster before she ever played underage for the province. The local sportswoman who played in three World Cups for Ireland. Racked up 36 caps for her country, too. She was there for Ireland’s first-ever women’s Grand Slam in 2013. That’s the same year she was crowned West Cork Sports Star of the Year. Then the student became the master when she took over as Munster women’s head coach. In that role, she guided her province to glory.

Guest’s CV is stacked, yet she could walk down the main street in most West Cork towns and not be recognised. That doesn’t bother her though. She was never in this for the fame and the glory. It genuinely is all about the love of the game. It’s ironic so that she found her love for rugby through soccer.

In her teenage years the future Munster and Ireland rugby star dabbled in all sports. Soccer. Basketball. Camogie. Hockey. Everything. And then, as a 16 year old, when she was introduced to rugby, it was love at first sight. That was 2002.

‘I used to play soccer in Bandon with Ann O’Mahony from Shannonvale. On the way back home to Clon one evening Ann said she was going to rugby training – and we both lived close to the rugby club in Clonakilty – so she asked did I want to go in to train, and see if I liked it. That’s how it started,’ Guest explains.

‘It was a really good fit for me. The contact side was a great buzz, I loved the skill aspect too and it just clicked,’ she recalls, and before long she found herself going to Munster trials with some team-mates from Clonakilty RFC. No surprise, Guest impressed.

‘I played Munster senior at 17 and Munster underage didn’t really exist until a year later, so I played senior for Munster before I played with the Munster U19s!’ she explains.

‘There was a great Munster set-up at the time – and there still is – and they’ve always been a province that has been pushing women’s rugby.’

There was also a strong Clonakilty RFC presence on the Munster women’s team around that time. Grace Sheehy, Eimear O’Sullivan and Aisling O’Brien all lined out for the province as well. In fact, both Guest and O’Sullivan were part of the Irish women’s rugby squad that was sent to 2006 World Cup in Canada. By now Laura was 21 years old and in third year at the University of Limerick, and her big break on the international front had come a few years earlier.

‘Munster were playing against an American touring side in Shannon, and the Irish team was going to play them the following week so the manager, Philip Doyle, was there, watching the game,’ Guest explains.

‘I must have done something right because I got the chance then to go to an Irish trial. At the time it was very different. I went into my first training camp and they didn’t know what age I was. It turned out that at 17 years old I was too young to play international rugby but at the same time they saw something in me and kept me involved in squads until I was old enough to play.

‘I went to my first Irish tournament, the European Championships in 2004, when I was in my Leaving Cert, and it was a week after my 19th birthday. You couldn’t play international rugby in the front row at the time until you were 19, I didn’t get capped there, but it was a great experience.’

Guest was up and running. With Ireland the versatile forward was capped in all three lines of the pack. There were the World Cups in 2006, 2010 and 2014, and the latter tournament included a famous win against New Zealand. The year previous, 2013, was historic too, as Ireland won their first Women’s Six Nations Grand Slam. With Munster Guest won nine interprovincial titles in 12 seasons, including captaining the province to glory in 2014. Her club career took in Shannon RFC, Highfield and a stint at UL Bohemians – and everywhere Guest went she made an impact. 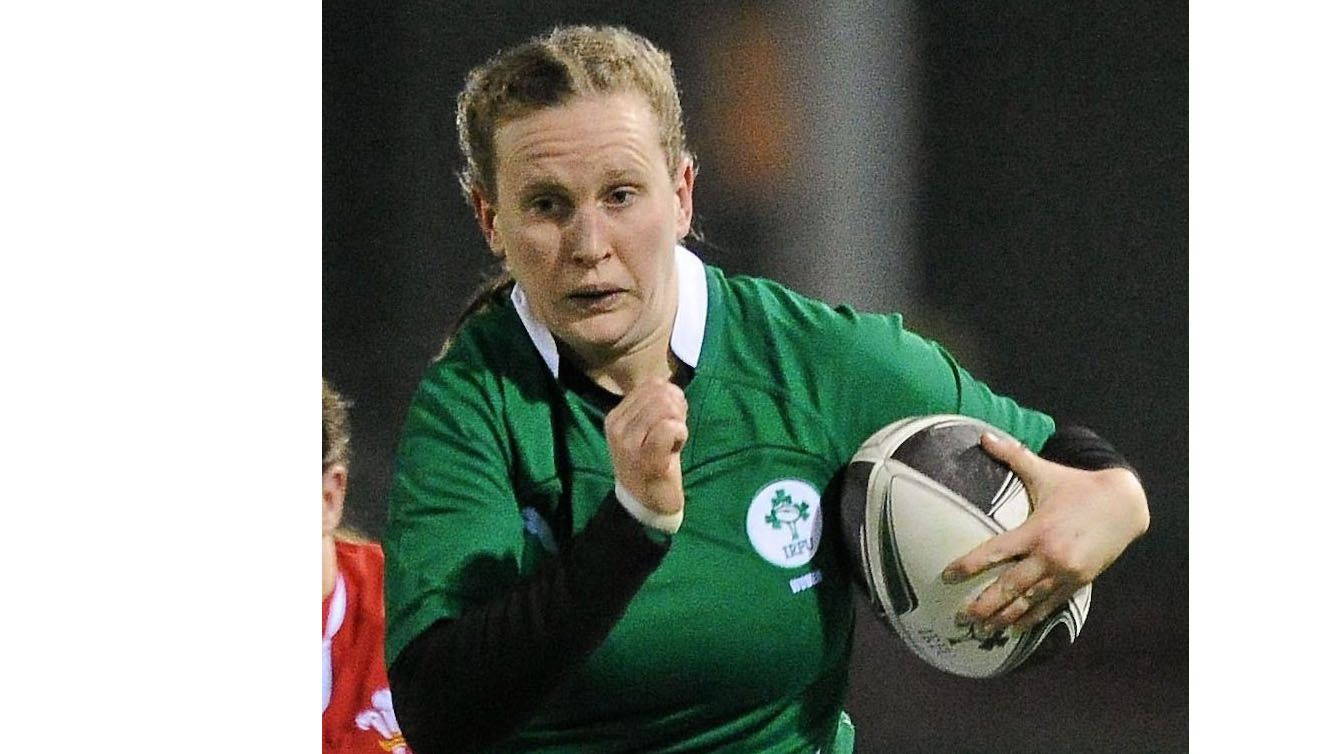 After the 2014 season she hung up her boots, but her story wasn’t finished. The Clon woman still had plenty to offer, this time from outside the white battle lines.

‘I always watched the game, and you learn a lot when you watch it. I always had that thirst for knowledge too,’ the Midleton College teacher explains.

‘Getting into coaching happened a little by accident. I was coaching a bit with our college team and it spiralled from there. Highfield gave me the opportunity as a player/coach in 2013 at a point when we needed a coach, and it all went from there. I am very grateful for the opportunities.’

Then in 2017 Munster came knocking. They wanted her as their new women’s head coach. In her first season Guest guided Munster to interprovincial success. This Maths and Applied Maths teacher knows the formula for success – and that shines through in an interview with the42.ie when she explained her coaching philosophy.

‘You could be standing on the sideline with a schoolboys’ team and you would hear the opposition coach roaring and shouting, telling which player to move where, trying to control everything from the sideline,’ she explained.

‘Very early on coaching the boys, I realised that this isn’t what it should be like. You put a group on the pitch and you allow them to make their own decisions.

‘If there are bits you’re questioning, you talk to the players afterwards and figure out what their thought process was. That’s how I like coaching – I try my best to prepare them but when they go onto the pitch, it’s up to them. Player input is massive because they’re the ones in charge of the game.’

In 2018 Munster were pipped to the interprovincial championship on points difference by Leinster, and after the the 2019 campaign Guest felt it was time for a change.

‘Before Covid struck I had done three years with Munster and I had made the decision that I wasn’t going to go again. It’s about staying fresh, staying on top of your game and I found that three years is a decent stint,’ she explains.

Right now she’s still coaching rugby in Midelton College, putting her decades of experience to good use, so there’s more to come in this rugby story. Interesting to note that Guest feels she has received more recognition for being Munster women’s head coach for those three years (2017-19) then she ever got for her heroics on the pitch.

‘That’s because the coverage of women’s sport is a lot better now than it was when I played,’ she explains.

‘I remember one time, I think it was around 2011, when it took me days to find out the score of an international match away in France that I wasn’t part of. But now the coverage of women’s sport is a lot better.’

It’s important too that Guest’s role as a trailblazer for West Cork women’s rugby is acknowledged. She hit the highest of highs with Ireland and achieved huge success with Munster, all while flying the West Cork flag. She put her home on the rugby map.