Brinny bowler David Murphy won the first of his four King of the Roads titles in 2007.

AT the coming-of-age King and Queen of the Roads Festival in 2005, a new champion was crowned.

Churchtown South’s Phillip O’Donovan ended the Gould monopoly of previous years and confirmed his standing as the game’s best of that period with a cracking King final victory over surprise packet – and intermediate-graded – Trevor O’Meara.

City man O’Meara had excelled in winning the qualifying tournament and, again in the three-way King semi-final, bettering Armagh hot shot Eddie Carr, who had won the international World event held that year at Skibbereen, and the towering German Hans Georg Bohlken. In the second semi-final, championship winner O’Donovan had a rare battle with defending King Kieran Gould, winning in the end by a bowl.

In the decider, played in, O’Donovan’s magnificent ninth from ‘the sycamores’ put him a shot up and he held his ground despite a brave showing by O’Meara.

Catriona O’Farrell won the Queen of the Roads for the fourth time in 2005, accounting for Armagh’s Susan Cullen and Castletownkenneigh’s Louise Collins in a hard-fought three-way final. All three were in contention for the last shots. Louise had won Friday’s qualifier from Denise Murphy and German champion Margaret Schottler.

Also, in 2005, Patrick O’Donoghue won the Jim O’Driscoll Cup, a tournament dedicated to the game’s top intermediates that has since become an integral part of the King and Queen festival. There were doubles wins for the Carbery pairing of Jerry Hegarty and Emma Fitzpatrick and for the cousins Aidan Murphy and John O’Rourke. Nicholas Carey was in good form in a singles win, while Dan Joe Holland scored a double.

Philip O’Donovan ensured he was no one-hit wonder when he claimed his second King trophy in 2006. Again in impressive form, he accounted for the challenges of qualifying tournament winner Pat Butler and German champion Frido Walter with a comprehensive Saturday semi-final victory. The second semi-final has gone down as one of the truly great King of the Roads contests, a 15-shot belter between Michael Toal and John Creedon. Toal shaded it by mere metres but the effort he put in told in Sunday’s final. Played in from the Rathgoban line, Phillip O’Donovan beat a big opening shot and proceeded to dominate the contest. A superb last shot sealed a second crown.

There were surprises galore in the Queen competition. Louise Collins, finalist the previous year, made it through again thanks to a thrilling victory over All-Ireland champion Carmel Ryan, while German representative Kersten Freidrichs shocked defending Queen Catriona O’Farrell and Ulster champion Dervla Toal.

Sunday’s final was an exciting encounter as Louise battled back from a slack start to lead at half-way. The German lady, using the Armagh under-arm style to perfection, stayed strong and won by 30 metres much to the delight of her FKV following.

The 2007 King and Queen festival marked the dawn of a new era, producing champions who would leave an indelible mark over the next decade, but there was a kick in the older generation too.

Bill Daly was, somewhat sensationally, the All-Ireland senior champion 24 years after his previous national victory, and he came to Ballincurrig with the winning of a sixth King crown very much on his agenda. David Murphy from Brinny in Mid Cork was a star on the rise, carrying ferocious power even if a little erratic at times. That power proved vital in his King of the Roads semi-final victory over Daly on the Friday of the 2007 festival. It was a score that carried a whopping €24,000 total stake. Eddie Carr, who was Ulster champion and now a formidable operator at Ballincurrig, dethroned two-time King Phillip O’Donovan and German champion Ralf Klinsenberg.

The final, played inward on Sunday, was a disappointing affair in bowling terms, both taking 22 shots and both missing many chances, but it never flagged in excitement. In a pulsating finish, Murphy held off Carr’s late charge to annex his first King title. It was the beginning of an extended period of Murphy dominance at the festival. 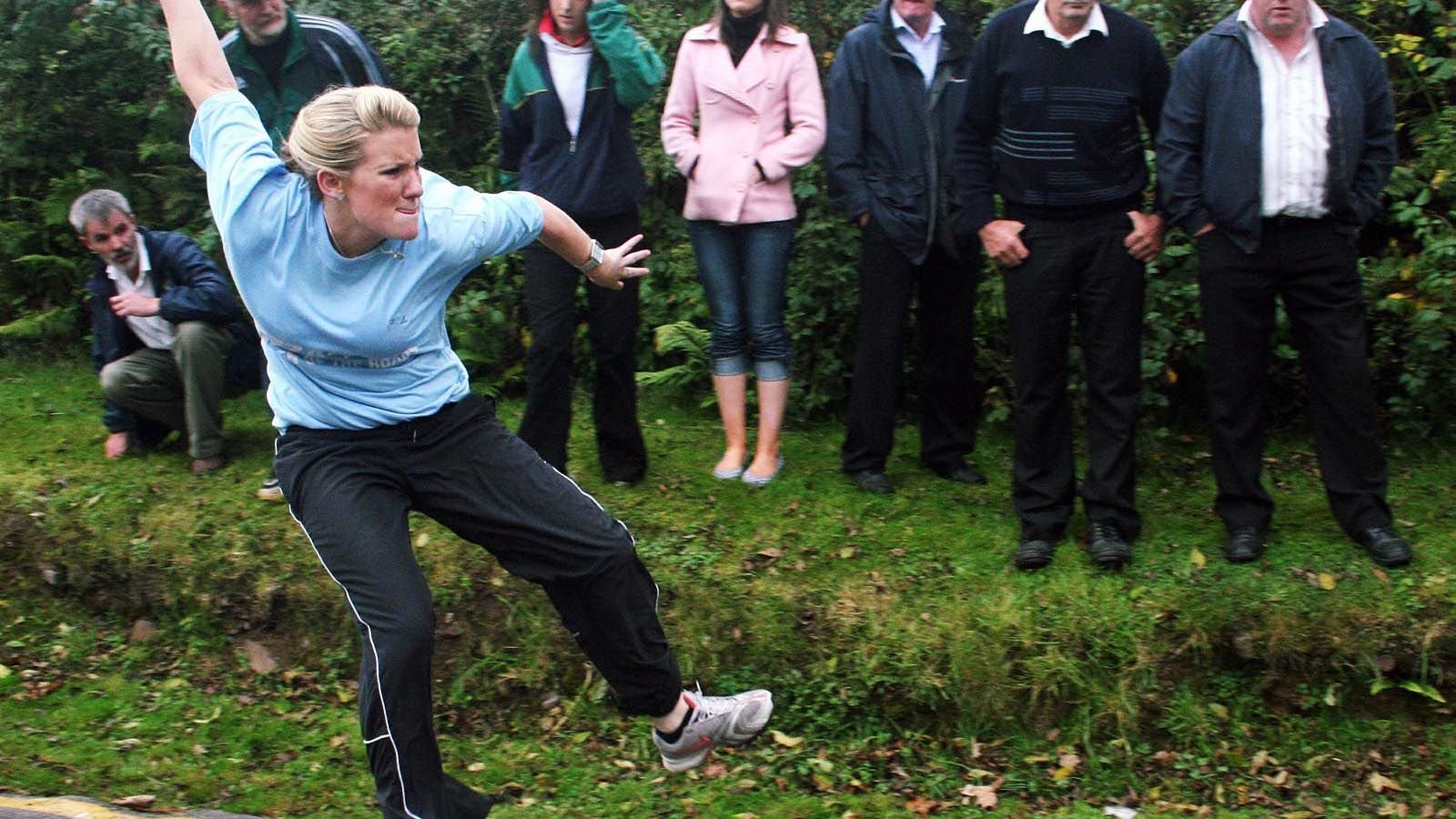 Armagh ace Kelly Mallon was crowned Queen champion on her first visit in 2007.

A teenage Queen emerged from Armagh who would sweep the boards in 2007 and 2008. Kelly Mallon from the Madden club had written herself into history with both U18 and senior championship victories at the Marsh Road All-Ireland series in July and was now on the cusp of glory at Ballincurrig.

In the Friday semi-final, the gods may have been on her side in gaining an early one-bowl lead but she showed maturity in holding off four-time winner Catriona O’Farrell, eventually winning by less than a metre. Marie Noonan was Munster champion and saw off a dual German challenge in defending Queen Kerstin Freidrichs and champions tour winner Sandra Shamanski. A hard-fought shoot-out ensued between Mallon and Noonan. It went to the last shots before the youthful Armagh protege prevailed.

Young Seamus Sexton was another who starred in 2007, winning the Jim O’Driscoll Cup while there were also Cork victories for the partnership of Ger Fitzpatrick and Mike O’Regan and the Gaeltacht pairing of Eoin and Gerry O’Riordan. Sean O’Reilly and Thomas Mackle, of whom more would be heard, won for Armagh.