Pat Butler was a three-time King of the Roads winner in the early 1990s.

This is the third part of our King of the Roads special.

ALTHOUGH defeated in the senior championship of 1991, Pat Butler returned to Ballincurrig where, atoning for his misadventure of the previous year, he secured his place in King of the Roads history.

For All-Ireland champion Michael Toal though, a Ballincurrig bogey was beginning to bite. The Armagh powerhouse had defeated Bill Daly at Ballingeary in a dramatic shoot-out for the national title but was thwarted again in his King of the Road bid, losing for the fourth time there, this time to James Buckley in a big money semi-final.

There was a change of venue for the 1991 running, a switch to Carrignane bridge necessitated by resurfacing at Ballincurrig. Pat Butler adapted well, defeating a big last shot of Bill Daly’s to advance to another meeting with Buckley who was now going for a hat-trick of titles. A brilliant fourth shot set Butler away in the decider and he would hold his bowl of odds lead to the end, entering the King of the Roads winner’s enclosure for the first time. He would not be easily dislodged.

Butler returned in 1992, a man at the peak of his powers. Back on the traditional road at Ballincurrig, Armagh had double representation in the Saturday semi-finals but Michael Toal’s hoodoo continued as he lost out to the reigning King having failed to take several golden opportunities to consolidate his early supremacy.

Powerful Upton bowler Tim O’Halloran was the senior grade’s newest incumbent in 1992, having won that year’s intermediate championship in some style. It was he who took on Ulster senior champion Paul Grimley in the second semi-final. Grimley had given Pat Butler a good score in the senior championship decider on the Cathedral Road but O’Halloran finished strongly to qualify for the King of the Roads final.

Played out from the village, the overwhelming favourite Pat Butler delivered in spades, scoring the line in 16 shots to claim his second King crown. 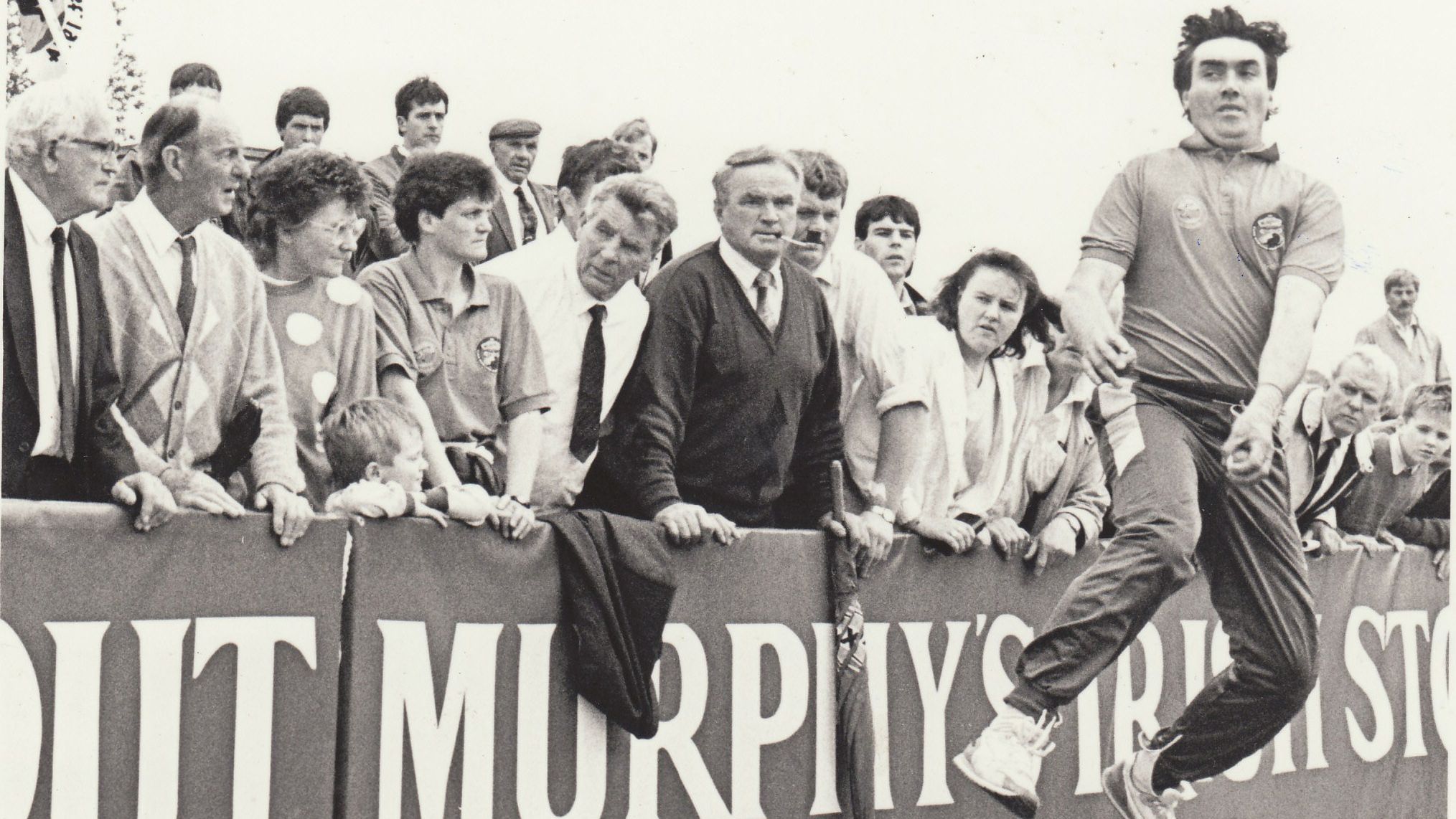 The King of the Roads was now very much the premier post-championship event as Christy Santry’s report on the 1993 festival indicates. It read: ‘Crowd proportions reached an all-time record level for two days of bowlplaying, stake-money rocketed to hair-raising levels, and more significantly still, not one of the seven scores could be consigned as being totally disappointing for each one of them in turn had their own separate distinguishing features’.

It was a festival too that copper-fastened Pat Butler’s place as the supreme champion of that era. And yet he rode his luck to make the King final having been on the back foot against James Buckley for most of their Saturday semi-final before emerging. He was through and facing him was Michael Toal who finally broke his duck with a tremendous surge from the halfway point to defeat the challenge of Kieran Gould in the second semi.

It was a repeat of the summer championship final at Ballingeary, a final in which Toal fell well below form, and he set about making amends in determined style. Played inwards from the start point at the Rathgobin line, it was a terrific score.

Toal held the bones of a bowl advantage at ‘O’Connell’s green’ but inexplicably lost the lead by the ‘sycamores’. Butler was on a charge and an unfortunate ‘blocked bowl’ cost Toal dearly at ‘Heaphy’s’. Butler repelled a ferocious surge by Toal and ‘cast himself in the role of the bowling wizard he truly is and beat the most important shot of the score in a manner that left ourselves and the bowling men of Armagh speechless’. Butler had completed a hat-trick of King of the Road victories.

He was back in determined mode for another tilt in ’94 but the opposition were of the highest calibre. Bill Daly had regained the Munster crown but had gone down to Michael Toal in a dramatic All-Ireland decider at Bandon.

In form and in familiar territory Daly was a force to be reckoned with as he sought a third King of the Roads title. And so it proved as the Leap native repeated his championship success over Pat Butler in the first of the Saturday semi-finals to set up a rematch with his All-Ireland conqueror, Toal.

The stage was set then for an epic final and while it didn’t quite pan out in that vein it was a fascinating duel until Daly hit the front just short of half-way. In the words of Christy Santry in his Southern Star report, ‘Daly was fired to bowl with a marked degree of conviction and purpose for well over three-quarters of the way before he did begin to show signs of tiredness and uncertainty towards the end of a score that he never looked like losing once he hit the front’. Daly was the King once more.

James Buckley was back as kingpin in 1995. Senior championship All-Ireland winner having defeated Dan O’Halloran and Michael Toal in county and All-Ireland finals, he was the man to beat in that year’s October festival. He survived a titanic battle with reigning King Bill Daly, only squeezing through somewhat controversially in the last shot to set up another clash with Toal, who had defeated Mick O’Driscoll (B) in the second semi.

The Sunday evening final was bowled inward and, despite firing a splendid opening shot, it was a score in which Michael Toal never did himself justice. Buckley, on the other hand, played an outstanding score.

‘The Commons Road man brought all his innate bowlplaying artistry and creative power to bear on a final that he never looked like losing after playing a master bowl down to the ‘slip road’ before the green.’

Buckley won his third crown by a margin of close to three bowls of odds. It would be some time before he would claim the King title again, but he would be back. In support scores Paul Rafferty won for Armagh against Tim Pat O’Donovan while there was a big display from Mick Hurley, Togher Cross, in a partnership with Pa Ryan, in a doubles victory. Hurley would later move to Conna and become a vital cog in the King and Queen of the Roads organising committee.

Significantly too in 1995, women’s bowling made its introduction when Susan Cullen, partnered by Joe Shortt, got the better of Cork’s Kathleen Cooney and Gerald Burke. It would be the harbinger of bigger things to come. The 1995 King of the Roads was distinguished by the attendance of Minister of Sport Bernard Allen and was covered by Ulster television. It marked, too, the introduction of Hurley’s of Midleton SuperValu as main sponsors, a relationship that continues to the present time.