The eight solar panels which were installed on the roof of Kilcrohane National School on Sheep’s Head.

KILCROHANE National School has not only installed its own solar system, it has also created an outdoor sensory room.

Kilcrohane was one of the first schools in Ireland to undertake the work on its own initiative.

The school’s board of management also decided to install an outdoor classroom that will be used as a place to gather and as a sensory teaching room.

Mervyn Ellis, principal at Kilcrohane, said the undertaking has been inspirational for the children and a terrific cost saving exercise too.

The solar panels were installed on the roof over the Easter holidays to give the teachers and students a supply of hot water which helps with the higher demand for frequent handwashing.

With 39 children and six staff handwashing at least four times daily there is quite a saving as the hot water is now supplied by the school’s solar panels, while the excess at weekends and holiday periods is sent to the grid.

The system comes with an online display and the pupils can watch how much energy is being produced for the school.

The learning panel also shows how much CO2 the school has saved on a daily and monthly basis, and how many trees have been saved by their efforts.

‘It is a valuable learning opportunity for our children as well as helping our planet in a small way,’ said the principal.

The school also responded positively to a National Council for Special Education to create a sensory space in the school.

It helped that they needed an outdoor classroom to relieve the congestion in classrooms during Covid-19.

It was created in the style of an old style schoolroom with an open front looking out to the sea. 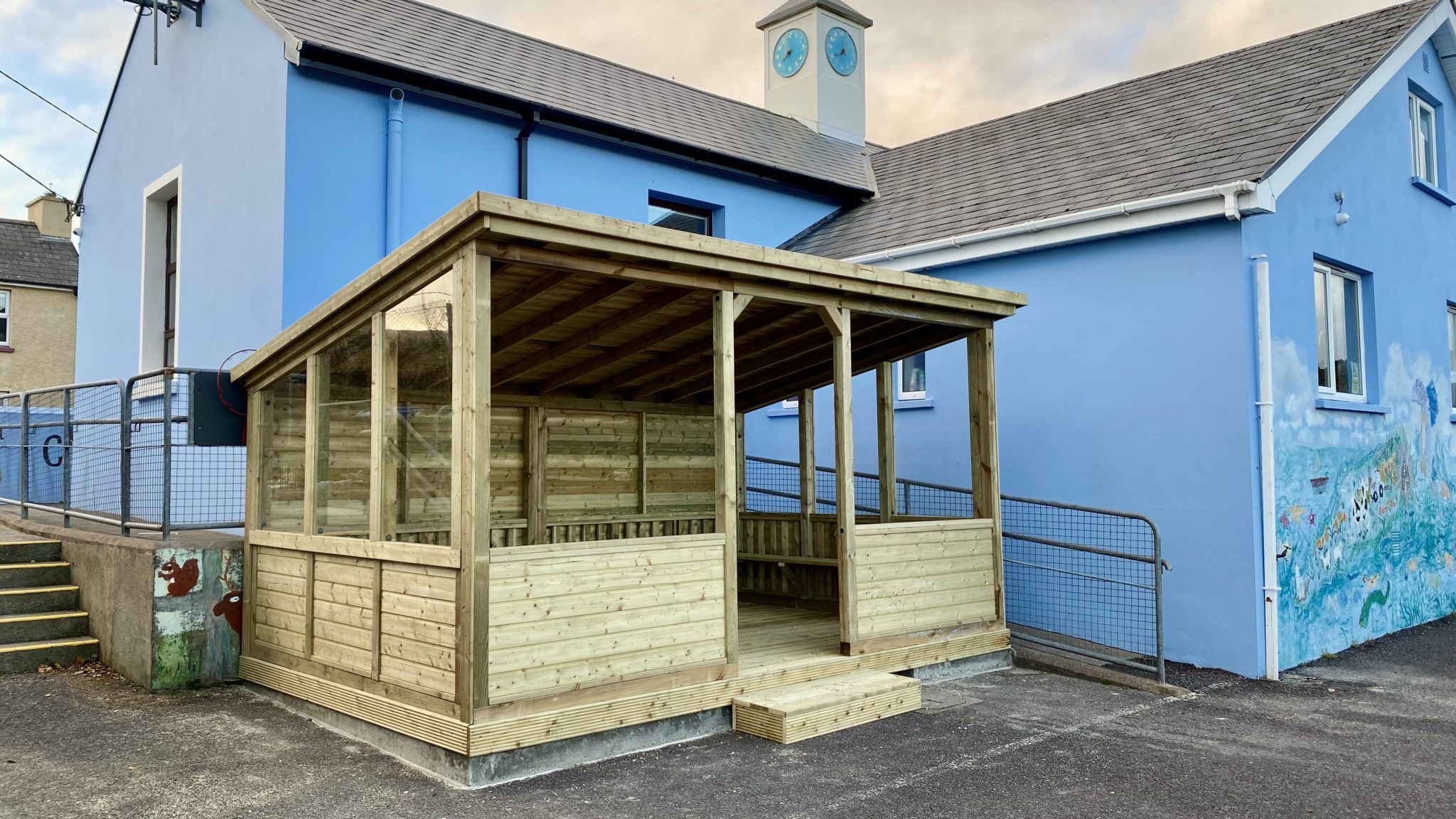 ‘Children love the smell of wood and we added sensory boxes which the children can take and use to cool down the senses as needed,’ said Mervyn.

‘They can rest on soft mats on the floor and relax with sand and other tactile materials.

‘It’s an ideal space for reading stories, class discussions, small group work as well as physical activities for children who need occupational therapy exercises or movement breaks as part of their school day,’ she added.

Bob Miller, chairman of the school’s board of management, confirmed that the cost of the panels – €4,200 – will be recovered in time.

‘It is our goal,’ he said, ‘to install a smart meter in the school so that during the holidays in June, July and August we will be able to sell the surplus back to the ESB’s power grid and recoup the cost even quicker.

‘For a two room school on the Sheep’s Head Peninsula, we are also enormously proud of the fact that Kilcrohane has been awarded seven Green Flags and is working towards its eighth.

Meanwhile, the principal confirmed that the school has just received its farm safe accreditation called the Farm Safe Super Star School from AgriAware, which is important in such a rural community.