Balance the chocolate overdose this Easter with a family run around on a hide and seek mission. From forest to seashore, branch to sand, ditch to dune – plenty of chocolate hiding crannies for a cracking time at these great Easter egg hunt locations in West Cork

Let the kids (or other halves) work up a sweat for their extra chocolate calories this Easter weekend. Add to anticipation of over-indulgence with a hunt for brown treasure. Warning – beware of egg puns - apologies in advance.

Ideally an Easter egg hunt is a two adult mission with kids – one to stash and one to stall the stampede, but one person can also manage by hiding the eggs well in advance or while the trufflers pretend not to watch.

Pop a note with the chocolate if out of sight, warning that the rightful owners are about-to-come-a-runnin and will hunt down the last scrap of chocolate if missing.

The Warren by Rosscarbery is riddled with sand banks to store brown bullion. Mark the area with toy windmills otherwise digging might continue until Christmas. Bring a spare Jack Russell along for extra support.

Avoid a sand strewn car, wrap the eggs in eco-friendly plastic bags you can bag to take home or hide the eggs amid the large sea-facing stones in front of the pitch and putt club.

Eggs-tend (apologies) the hunt by continuing on to Owenahincha using the uphill cliff path if stamina and stomachs will allow.

Chocolate treats can be hidden along the way. If energy wanes, return to The Warren car park or if the sugar-high cranks upward continue to less sheltered Owenahincha. 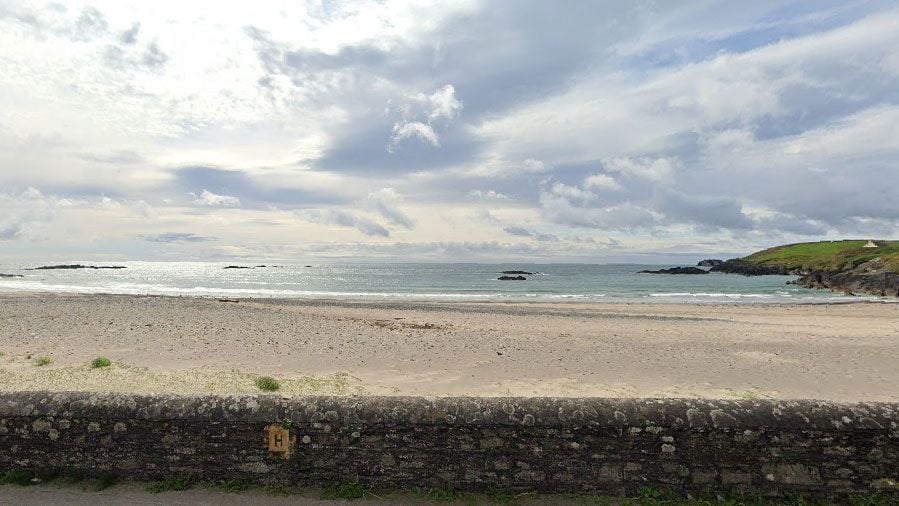 If the egg hunt hasn’t energised everyone fully, the wonderful, open wildness here will shake any egg-cess (sorry) tiredness from all gills. It’s eggs-hilarating (it’s an affliction).

You could also begin the chocolate pursuit in Owenahincha, taking the cliff path downhill to The Warren. If someone wants eggstra eggsercise (I promise .....the final purging) walk back up the cliff path to nab your car and collect the posse back at the Warren to save little or larger feet.

Wherever you decide to start, both beaches are great Easter egg hunt locations in West Cork.

Create a marathon hide and seek by continuing just an egg wrapper away to Castlefreke. Drive or walk from Owenahincha on the road toward Rathbarry to Castlefreke’s woodland car park.

Above your left shoulder, the chunk of Freke’s (c’est chic) Castle wallows on its perch like an eyrie.

A fine nest to hide your Easter eggs but a private home and out of bounds. Recently renovated by Stephen Evans-Freke, an ancestor of the owners from the early 1600’s,  this location is high drama. 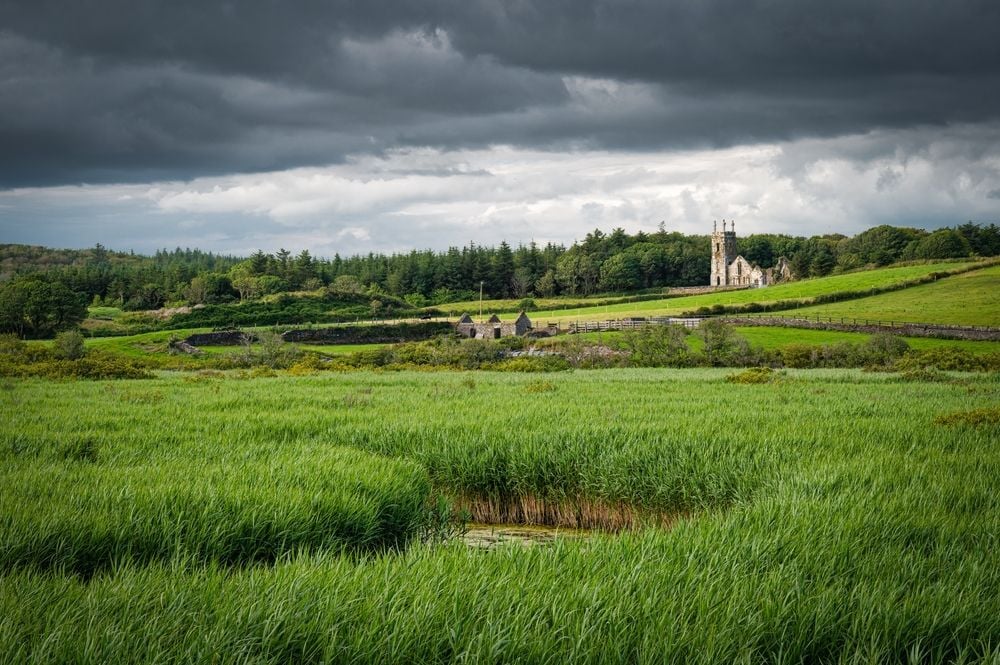 Originally a 15th century tower house, it was rebuilt in the late 18th century by the Barons of Carbery. Stephen’s granduncle, John was the first aeroplane owner in Munster, wowing the crowd at Clonakilty and Bandon shows with his flying displays.

Forced to sell the Castle in1919 he migrated to Kenya’s Happy Valley, home also to Isak Dinesen (Karen Blixen), Beryl Markham and Josslyn Hay whose murder the film White Mischief is based on.

During World War II Castlefreke was used as an army barracks and later by children from Upton’s Industrial school as a summer camp.

Continue on to the main car park where picnic seats might be useful later. Choice trails lead off in various directions here towards egg-hidey holes.

The Rathbarry Church Walk (approx 10 minutes) leads you to perfectly imperfect ruins. Your brain will register the scene in sepia tones. Tuck the eggs between the cracks, tie with ivy vines or hide them in crumbling wall corners. The chocolate will taste of history.

The River walk is also short with hedging and grassy verges ideal for an egg nook or two. Don’t forget those toy windmills.

Many hiding options egg-sist (sorry....I’d been doing well) along the way or stash on the hill summit to ensure legs will continue.

Another short trail leads down to Long Strand where you can walk along its mile and a half length with multiple hiding areas including sand dunes. Jack Russell time again. 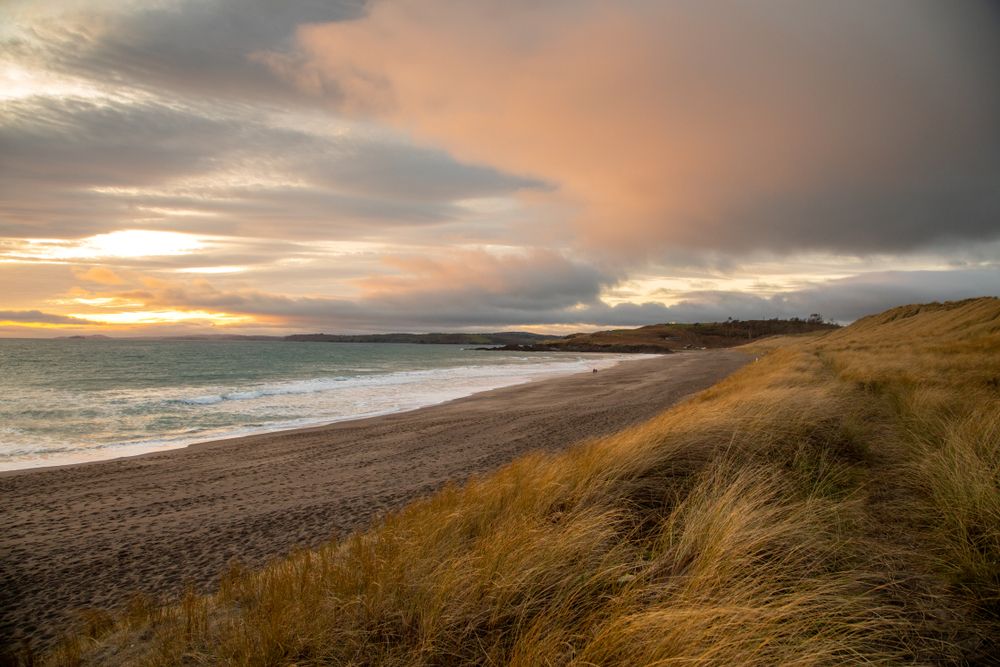 An open stretch of frothy waves and wild winds, this strand is solely for walking or Easter egg hiding, absolutely not safe for swimming.

Wherever you decide to stash your stash, both Castlefreke and Long Strand are great Easter egg hunt locations in West Cork.

If you go down to the woods today, You're sure of a big surprise

Avoid the teddy bears picnic, join in or bring them along. All hands on deck.

Like Castlefreke woodland, a variety of trails here make it a suitable chocolate-chase venue for all ages.

The 1km River Walk is an easy amble through oak woods by the gurgle of Glengarrif River. 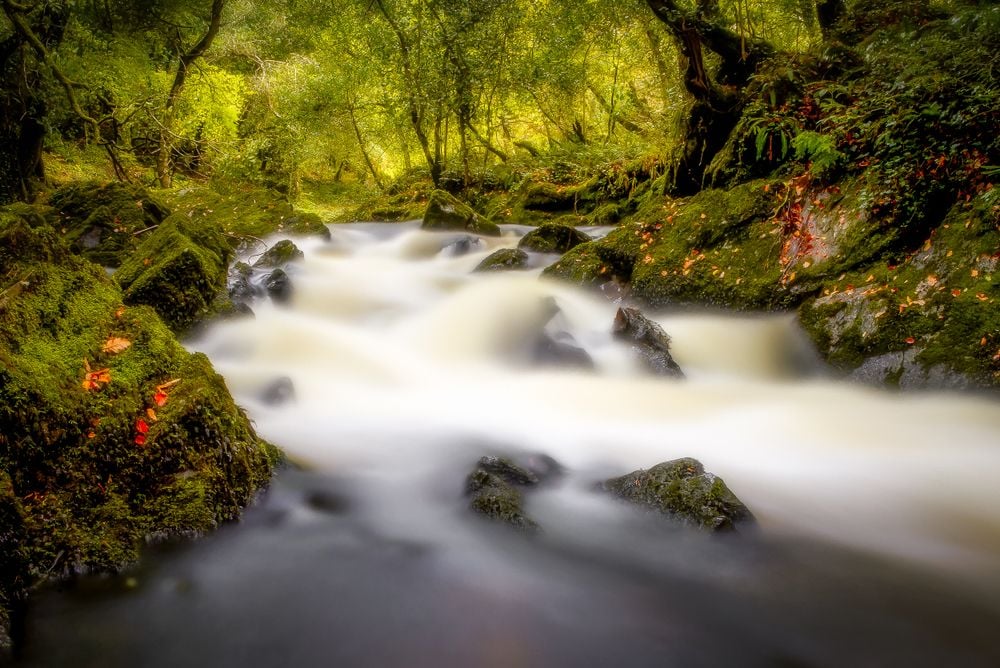 Aged oak trees wear lichen and mosses, instead of disturbing their clothing hide chocolate in the undergrowth or with the holly trees. Prickly leaves warning with the latter –  no pain, no gain. Teddy bear hands might be useful here.

Along with the egg seeking try and spot Ireland’s oldest animal in the river. The rare species of freshwater pearl mussel can live to 120 years old!

Midway through this walk you will meet a footbridge. If you wish take the longer (3km) Big Meadow trail, walk over the footbridge or egg-nore it (gone rogue) sticking with the River Walk.

The Meadow has numerous hiding patches with an eggs-panse (frothing now) of grassland and eggs-tensive (%***!!*) areas of wild flowers.

Lady Bantry’s Lookout is another possible egg hiding area but it is steep and stepped and might not suit everyone. Views on the summit are panoramic though so if little feet can make it, the journey is worthy of an Easter egg haul along the way.

Whichever great Easter egg hunt location you choose in West Cork, none will disappoint. The chocolate eating will continue long after Easter, the sugar high almost as long and the memories far longer.

Any small thing can save you. Because the golden egg gleamed in my basket once - Mark Doty