IT has been 20 years since Seán O’Donovan set up his own business, ‘Sentinel Fire and Security Systems’ however, the story of this market leading company goes back through three generations with the inspiration provided by of one of West Cork’s leading entrepreneurial families.

While Sentinel Fire and Security Systems is your one stop shop for everything you could possibility need when it comes to the latest in CCTV systems, intruder and fire alarms, emergency lighting including automated gates and barriers, Sean’s company is embedded within a family business tradition that grew from a company founded in 1950.

‘O’Donovan Cycles and Radio was founded around 1950 in Bandon,’ Sean O’Donovan said.

‘The business developed from a bicycle shop to motorcycles, then radio and TV, then electrical and so on.  My Grandfather passed the business onto his three sons, John, Brendan, and Dermot, in approx. 1997.’ 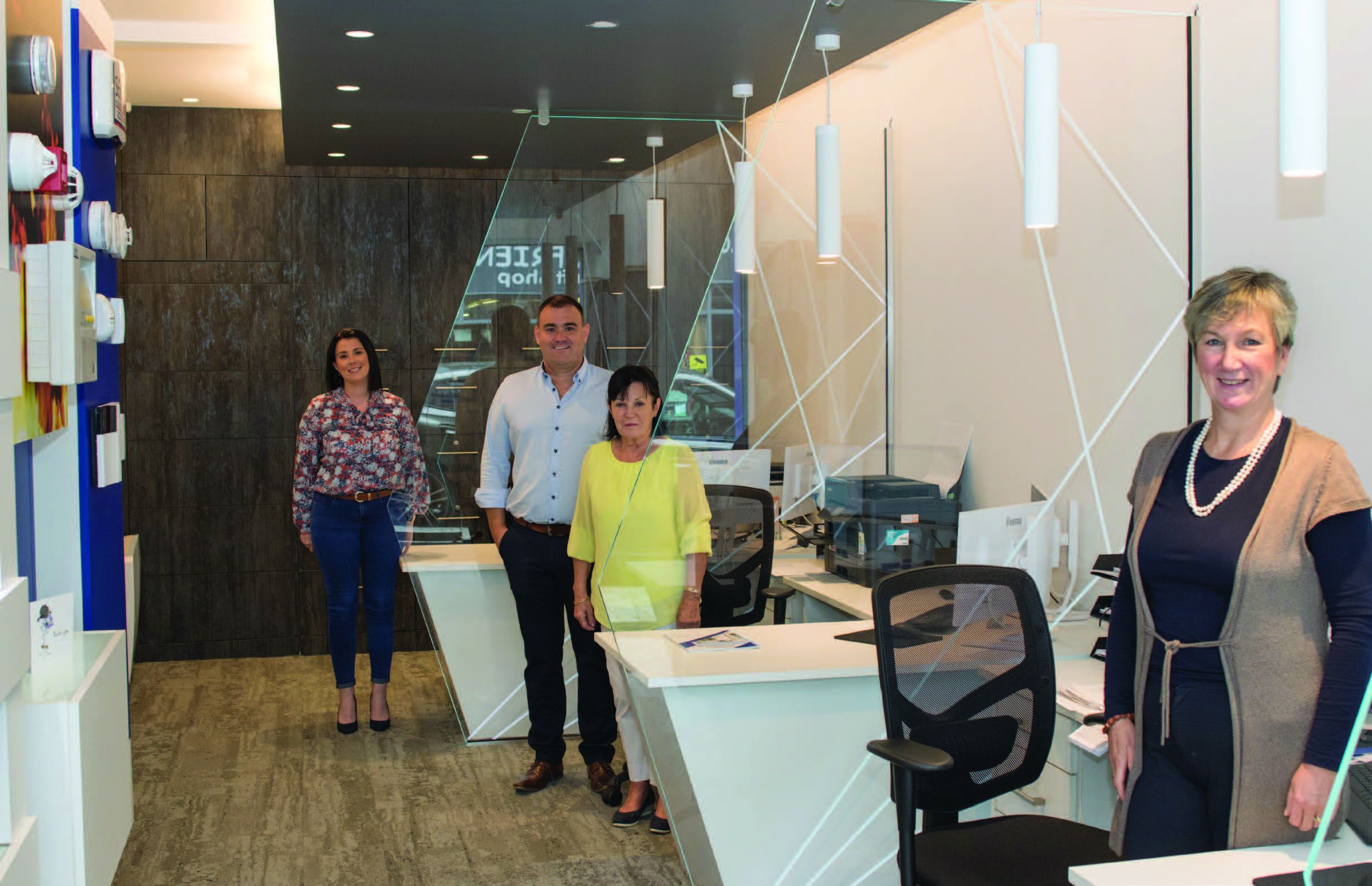 ‘It was between these years that I started to diversify the business and Sentinel Fire and Security began to trade as a provider of Auto Gates and Security,’ Sean continued.

Seán trained as a TV and Hi-Fi Service Technician in St John Central College Cork and then, a number of years later,  he returned once more to St John’s to complete the his training in  Intruder Alarm and Access Control systems.

Seán is currently in his final semester of a degree in Business Management (B.Bus.), in MTU, Cork.

While it was a one man show back when Sean first set up his company, today Sentinel Fire and Security employs to a team of 15 highly trained engineers, sales, accounts and admin staff. 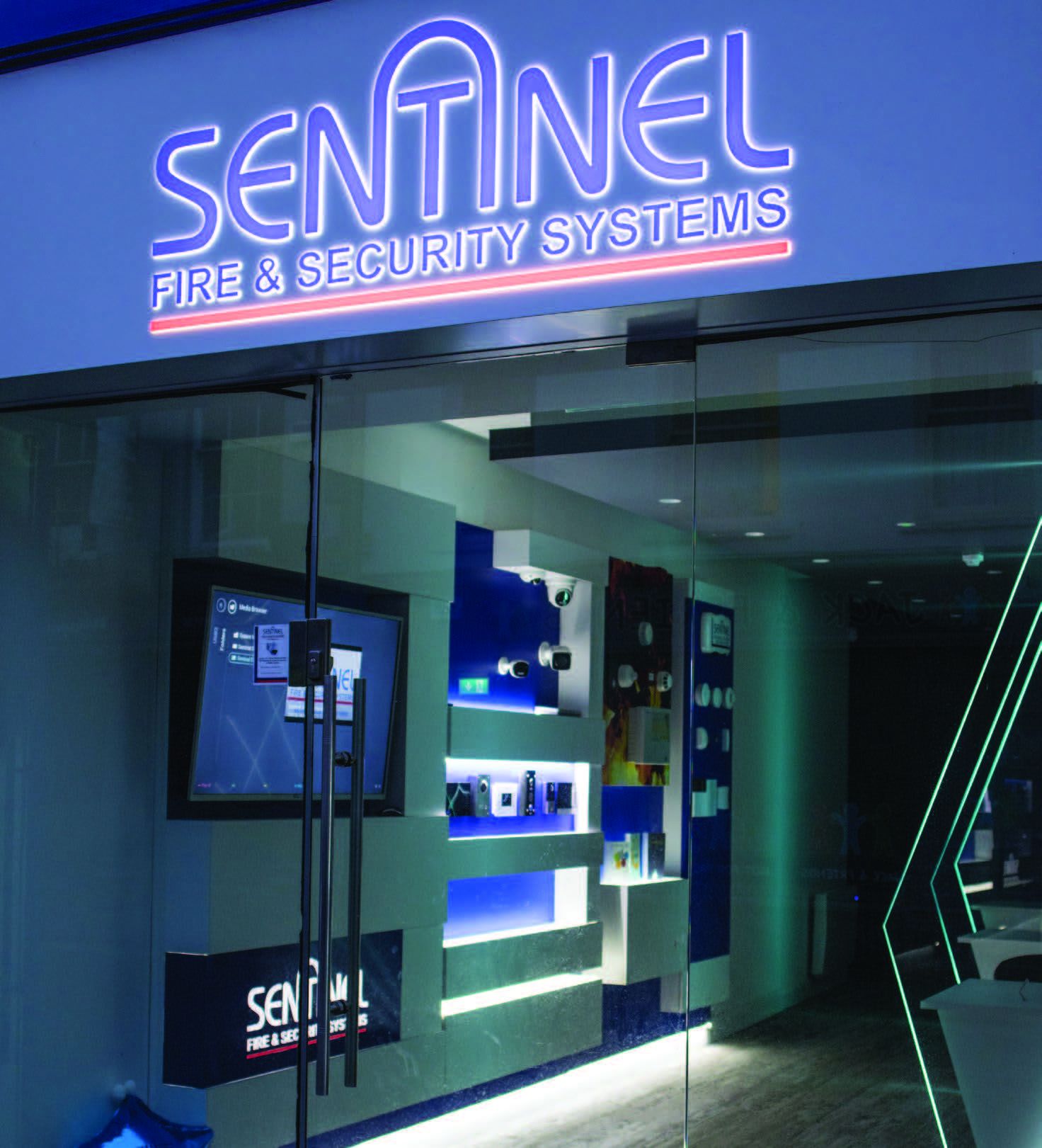 Then in September 2018, John O’Donovan retired and closed the doors of his electrical shop, where the family business first began, on No. 4 South Main Street in Bandon.

With this development, Seán decided to move his business back to where the family had traded for over 60 years and so the shop was totally renovated with a total revamp of the three storey layout.

And so, in 2020 the Sentinel Fire and Security Systems team moved offices to South Main Street.

Today, Sentinel Fire and Security Systems not only has a customer base from Bandon and surrounding towns in West Cork but has over seen large contracts throughout the country involving government bodies, major car garages,  service stations, shopping  centres, including large and small supermarkets.

And as with the previous generations of O’Donovan’s Sean is a great believer in family and business working as one, with his mother, Kay, taking the role of finance manager,  his sister Liz taking control of the accounts dept and as office manager, his father John helps out when called upon and his brother in-law Pádraig  is an engineer and installation manager. 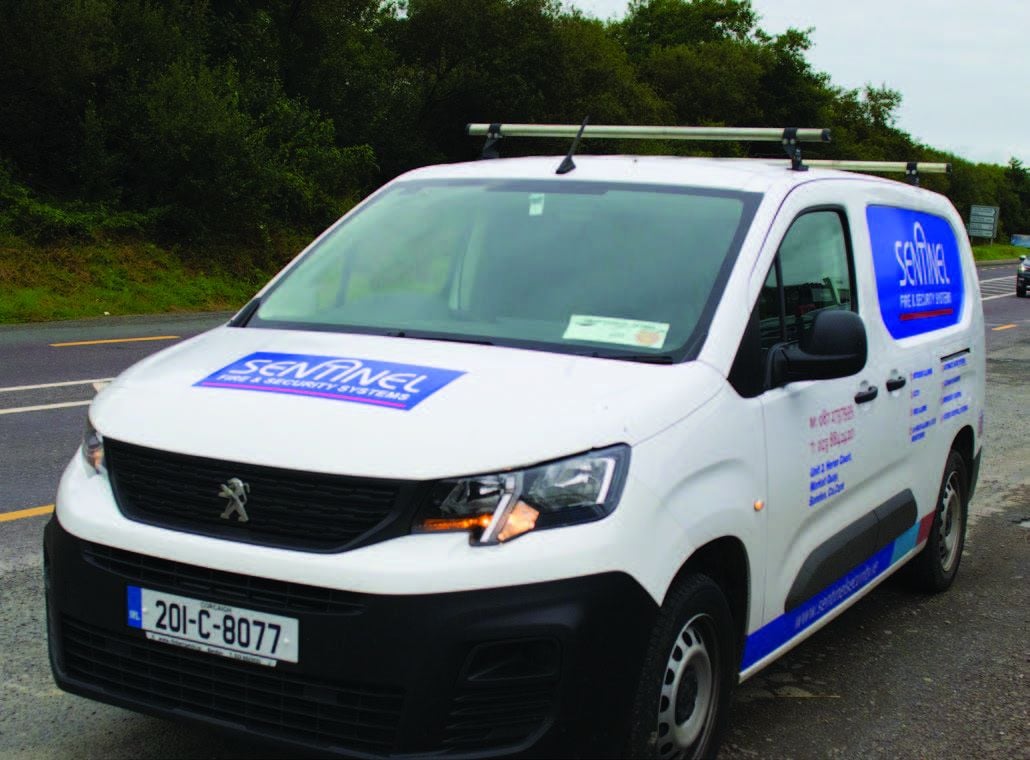 ‘I feel the most important thing in business that I have learnt is having a good customer experience is imperative,’ Sean said.

‘From the first engagement with our sales team or office staff in Sentinel Fire & Security to our engineers leaving the site after the install or maintenance is complete. My aim is to make the customer experience a pleasant and straightforward one.’

‘Gate safety is something we take very seriously. All our gates meet every safety standard and are tested so that they are safe and won’t cause injury if someone obstructs the gates path.’

‘With the fast-moving pace of technology, we are continually upskilling to ensure our team are highly skilled in the latest technology. I ensure the Sentinel Fire & Security Team are trained to the highest standard.’

Seán knowledge of the security sector has meant that he also holds the role as chairman of a nationwide buyer’s group of 24 other security companies. Sean negotiates group deals with manufacturers and distributors to secure more competitive group pricing.

‘I would like to thank all my loyal customers for their support throughout the last 20 years and my family for their continued support,’ Sean said.