THIS year’s West Cork LGFA underage championships produced no shortage of drama and excitement. Here, we review the region’s competitions.

U12 FOOTBALL: As ever, West Cork’s U12 age-grade produced the biggest scores and some of the most exciting championship games over the past number of months. Ilen Rovers’ U12B success was well deserved. Ilen defeated Bantry Blues (quarter-final) and edged Courcey Rovers (semi-final) by a point to reach the decider following an initial phase involving eight clubs split into two groups. Castlehaven were Ilen’s opponents in a final held in Skibbereen and a marvellous game ensued. Rovers came out on top 0-11 to 0-8 with Carla O’Regan scoring all of the winners points and Ilen’s Ellen Connolly awarded MVP.

U14 ACTION: The 2021 West Cork LGFA U14 grade was split into four competitions: U14A, B, C1 and C2. Perennially one of the most keenly contested of all the region's age-grades, O’Donovan Rossa, Tadhg MacCarthaigh, Kinsale and Valley Rovers qualified for the A semi-finals following a round-robin championship that also involved Bandon, Clonakilty and Dohenys.

Rossa’s proved too strong for Tadhg Mac Carthaigh in the last four and were joined by Kinsale in the decider after they overcame Valley Rovers. A magnificent final was won by the Skibbereen club 2-13 to 1-11 with Eabha O’Connor contributing 1-10 and Holly Brickley (1-2) and Orla McCarthy (0-1) also scoring for the winners. Caoimhe Horgan (0-7), Emma Jones (1-0), Catherine Murphy (0-2) and Lauren Balaur (0-2) were on target for a battling Kinsale. 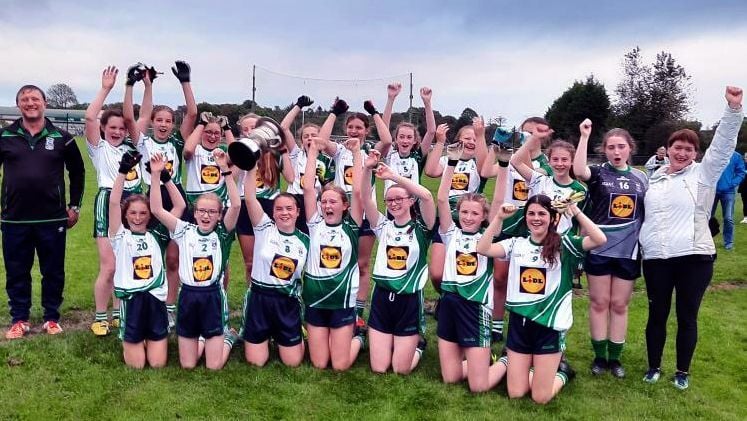 Ilen Rovers registered a hard-earned West Cork U14B championship final win over Beara. The former ran out 3-14 to 3-8 victors after another cracking decider in which Kate Carey (1-8), Carla O’Regan (1-2), Emer Murphy (1-0), Diana Rose Coakley (0-2), Saorla Carey and Ellen Connolly (0-1 each) got their names on the scoresheet.

Gabriel Rangers claimed the U14 C1 title thanks to a high-scoring 6-6 to 5-4 win over Keelnameela. The U14 C2 final will have to replayed following Bandon and Kinsale’s dramatic 4-4 to 3-7 draw. October 3rd is the date pencilled in for that eagerly anticipated replay.

U16 FOOTBALL: Clonakilty and O’Donovan Rossa will face off in this year’s West Cork U16A decider this Thursday, September 23rd, in Union Hall. This year’s top tier was split into two groups of four prior to quarter-finals, semi-finals and an upcoming final. Rossas defeated Kinsale and Valley Rovers en-route to the U16A final while Clonakilty accounted for Bandon and Ilen Rovers in their previous two encounters. An intriguing decider awaits.

The 2021 U16B championship mirrored the U16A in terms of groups and knockout rounds. Castlehaven and Tadhg MacCarthaigh made it through to the final and produced an epic that ended in a draw, 4-7 to 3-10, and necessitating a replay. The Haven proved too strong the second time around and emerged 5-15 to 1-14 winners.

Bandon emerged victorious in the West Cork U16C championship decider against Keelnameela last week. It finished 5-9 to 2-5 in the lilywhites’ favour courtesy of Maggie France (1-5), Leah Crean and Anna Crowley (1-1 each), Orla Kelleher and Alice Lillis (1-0 each), Caoimhe Foley and Doireann Kelly (0-1) efforts. 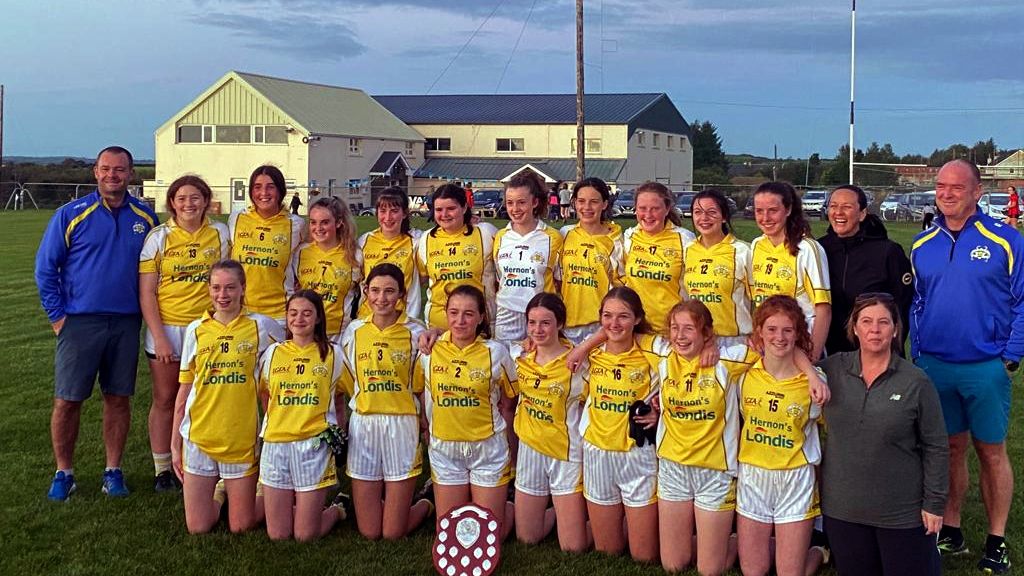 The Bandon U16 panel that won this year's West Cork LGFA U16C title thanks to victory over Keelnameela in the decider.

West Cork’s U16 county championship qualifiers have already been decided with both Clonakilty and O’Donovan Rossa entering the U16A tournament. Clon have been drawn at home to Glanmire while Rossa’s will host St Val’s. Ilen Rovers and Valley Rovers will represent their region in the U16B with the latter hosting St. Peter’s and Ilen welcoming Midleton to West Cork.

Castlehaven are away to Rockbán and Tadhg Mac Carthaigh at home to Douglas in the U16C county. Ibane Ladies entertain Watergrasshill and St. Colum’s travel to Bishopstown in the U16D county.

Courceys defeated the Haven 6-14 to 4-9 to reach the West Cork final. Kinsale proved too strong for Rovers and claimed the trophy thanks to a 2-11 to 0-10 win. Captain Sarah Murphy was presented with the trophy in a final Kinsale’s Geraldine Tyner received the MVP award. 2021’s West Cork minor A final will be contested by Bandon and Dohenys on October 24th. The two clubs finished joint-top on 15 points apiece so a terrific final is anticipated.