This is the search for West Cork’s greatest sportsperson, which gets underway on Monday morning. Here is our shortlist of 16 local sports stars who have lit up the national and international stages

Declan Barron (Gaelic football): It’s saying something when this Bantry Blues legend is rated as the greatest fielder ever to pull on the Cork jersey. When he launched his six-foot one-inch frame into the air, he hung there until he collected the ball. In full flight it was magnificent to watch. After winning two All-Ireland minor titles with Cork, he added two All-Ireland U21 titles in 1971 and ’72, and was centre back as the Rebels won Sam Maguire in ’73. He was recognised as a supreme talent and picked up All-Stars in 1974 and ’78. The Bantry Blues great, in the conversation for the finest footballer to come out of the Carbery division, also played a key role in his club’s county junior and intermediate triumphs.

Niall Cahalane (Gaelic football): One of the toughest footballers Cork has ever produced, the Castlehaven man is a club and county legend. At club level he won three Cork SFC titles with Castlehaven and was captain of his club in their famous 1994 Cork senior football final triumph against neighbours O’Donovan Rossa in front of 30,000 supporters at Páirc Uí Chaoimh. With Cork he won All-Ireland senior titles in 1989 and ’90, and football All-Stars in 1987 and ’88, but his career is remembered by his fearlessness, competitiveness and his outstanding footballing skills that spurred on both his county and club team-mates.

Not long until the #BestintheWest polls open and the search for West Cork's greatest sportsperson gets real.

16 local sports stars are in the running, here's a quick look at some of those in contention.

Graham Canty (Gaelic football): The last Cork man to lift the Sam Maguire and captain the Rebels to All-Ireland senior football glory is a legendary figure in Bantry, West Cork and beyond. A leader of men on and off the field, Captain Fantastic played 61 championship games for Cork and won three All-Star awards (2007, ’09 and 2010). With the Rebels he also won five Munster SFC medals and three Division 1 league medals. He also represented Ireland in seven International Rules series, captaining the 2003 team and enjoying series wins in 2001, ’04 and ’08. A natural leader and a talismanic figure, he won a Cork SFC title with his beloved Blues in 1998. He drove standards.

John Caulfield (soccer): Living in Enniskeane since 1985, Caulfield is an adopted West Cork man who has achieved legendary status both here and beyond for his exploits with Cork City. As a player he is Cork City FC’s record goal-scorer (129 goals, level with Pat Morley) and record appearance holder (455) during his 15-year playing career. He was part of the City team that won the 1992-93 Premier Division title, and he also won the FAI Cup and three League Cups.
As a manager, he led City to the Premier Division and FAI Cup double in 2017. He is a Cork City legend, already inducted into their Hall of Fame as well as the West Cork Sports Star Hall of Fame.

Nollaig Cleary (Gaelic football): The Castlehaven woman is the one of the best footballers Cork has ever produced. On a team full of stars and legends, Cleary stood out. She was a key piece in the Rebel juggernaut that dominated ladies football for over a decade. By the time she retired in 2015, Cleary had won nine All-Ireland senior titles, ten Munster senior crowns, eight national League Division 1 titles and three All-Stars (2006, ’08 and ’09). She was also named at right half-forward on the TG4 Ladies’ Football Team of the Decade in 2010. Cleary won an All-Ireland club junior football title with Gabriel Rangers in 2004. She also won senior national cups and Super League basketball titles with Glanmire. 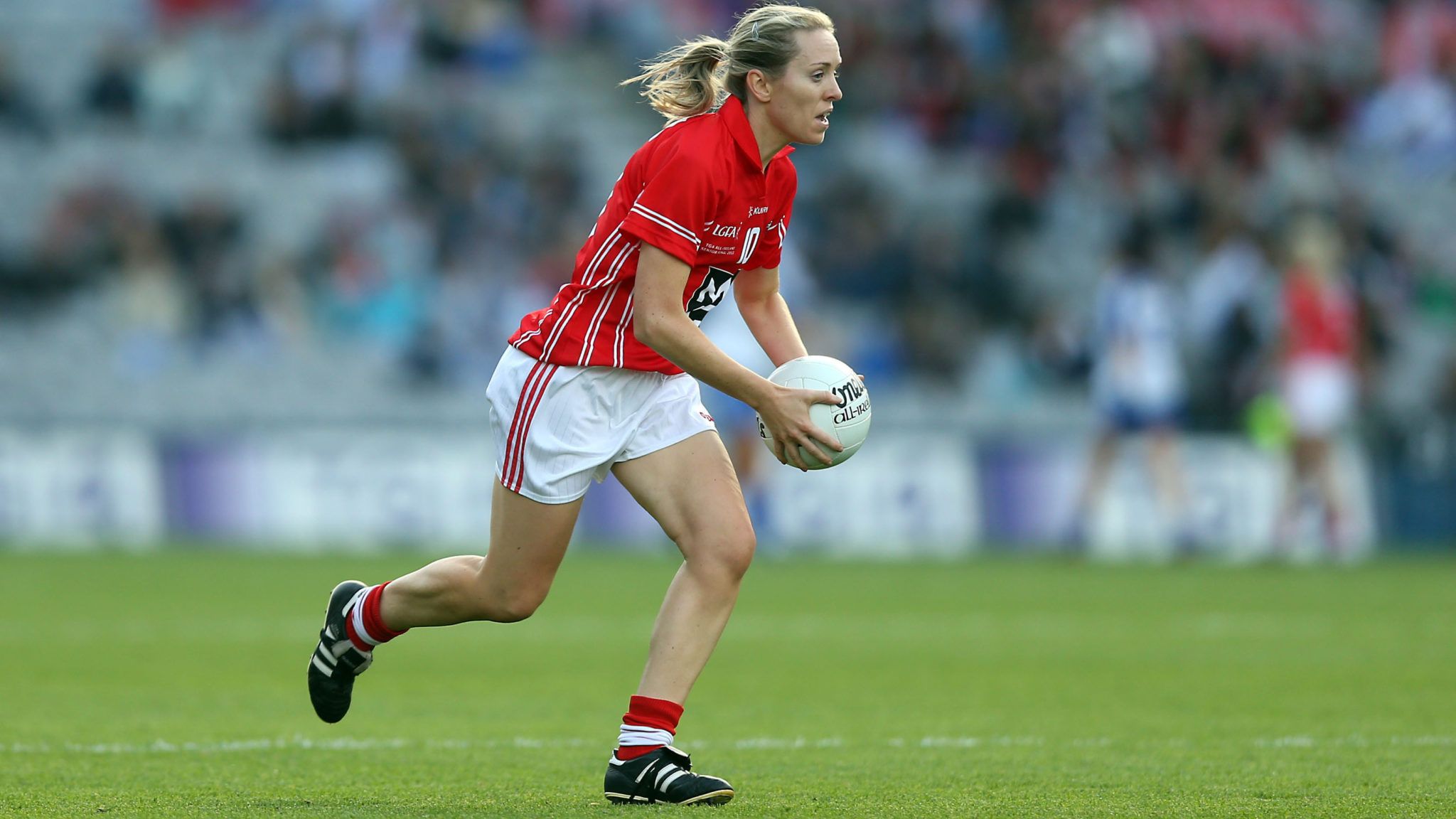 Keith Cronin (motorsport): He is one of the most talented and gifted drivers in the country and regularly compared to the legendary Billy Coleman. Cronin won the British Rally Championship on four different occasions (2009, 2010, 2012 and 2017) remarkably, in four different cars (Mitsubishi, Subaru, Citroen and Ford Fiesta) that underlined his exceptional prowess behind the wheel. He remains one of the youngest Irish drivers to win a round of the National Rally Championship – winning the 2009 Raven’s Rock Rally in a Group N Mitsubsihi. He won the Galway International Rally in 2013 and the Irish Tarmac series in 2016. Only the lack of finance prevented the Ballylickey man from making it to the top in the WRC.

Tim Crowley (hurling): The Newcestown legend is the best hurler to emerge from Carbery and that’s highlighted by his All-Star success in 1982, his three All-Ireland senior hurling titles in 1977, ‘78 and ‘84, and national leagues triumphs in 1980 and ‘81. There are also his seven Munster senior hurling titles won during his distinguished inter-county career. Everyone is in agreement, too, that Crowley should have won more All-Stars than the one he finished with. He also won minor and U21 hurling All-Irelands. With Newcestown he won West Cork championships and county junior and intermediate titles.

Bill Daly (road bowling): The Leap man is one of road bowling’s all-time greats and is rightly ranked as one of the game’s finest after a glittering career decorated with success. He is a former two-time world champion (1985 and ’87), a European champion, a two-time All-Ireland senior champion (1984 and 2007), a five-time King of the Roads and he also won the county senior title five times. It’s said, too, that he is one of only four people in the world to have ever ‘lofted’ the Chetwynd Viaduct in Cork with a road bowl. When they talk of road bowling’s greatest, Mick Barry is the name that springs to mind, but Daly isn’t too far behind him.

Noel Fehily (horseracing): Recently inducted into the West Cork Sports Star Hall of Fame, Coppeen native Fehily is the greatest jockey to come out of West Cork. He retired from the saddle in 2019 after an incredible career packed with highlights, including winning the Champion Hurdle twice on Rock On Ruby and Buveur D’Air, as well as the Champion Chase on Special Tiara. He enjoyed 1,350 victories between 1998 and 2019, including almost 30 Grade 1 winners. Fehily also had back-to-back wins in the King George VI Chase on Silviniaco Conti in 2013 and 2014. Clonakilty man Richie Forristal, Racing Post Ireland’s editor, said: ‘He will be remembered as one of the best big race drivers that we have produced in recent times.’

Laura Guest (rugby): Before the recent rugby explosion in West Cork, this Templebryan, Clonakilty woman put local rugby on the international map. She started off with Clonakilty RFC and went on to become one of the country’s best international forwards. Guest won an incredible 10 interprovincial titles in 13 years with Munster and played 36 times for Ireland. She represented her country in three World Cups (2006, 2010 and 2014), reaching the semi-final in 2014, and played on the Ireland side that won the historic Six Nations and Grand Slam title in 2013. The Clon woman, a former West Cork Sports Star of the Year, is now the Munster Women’s head coach and master-minded their Interpro title success in 2017.

David Harte (hockey): For two successive years (2015 & 2016), former Bandon Grammar School student Harte was crowned the FIH World Hockey Goalkeeper of the Year and he is still the only Irish man to achieve this feat. The Ballinspittle man is rated as one of the very best in the world and continually stars on the international stage for Ireland (regularly named goalkeeper of the tournament), winning 225 international caps, while he also captained the Green Machine to their first Olympics in 108 years at the Games in Rio in 2016. He is a professional hockey player with SV Kampong (who he inspired in 2017 to win the Dutch title for the first time in 32 years back) in The Netherlands.

Phil Healy (athletics): Her coach Shane McCormack has, in the past, likened his star student to Roy Keane. McCormack commented: ‘It’s that drive she has, what’s behind the exterior’. He’s right, there’s definitely something about Healy – the Ballineen bullet who is the fastest woman ever in Ireland and currently holds the national 100m (11.28 seconds) and 200m (22.99 seconds) outdoor records as well as the national indoor 200m (23.10) record. In the national championship since 2014 sprint queen Healy has won six gold, one silver and one bronze in the indoors and four gold and one silver in the outdoors. She’s getting faster so expect her to break her own national records.

Conor Hourihane (soccer): This Bandon man is proof that dreams can come true. He started off with Bandon AFC dreaming of a professional football career and now the 29-year-old is West Cork’s first-ever Premier League footballer (and goal-scorer) and West Cork’s first-ever Republic of Ireland senior international (and goal-scorer). The current Aston Villa midfielder has risen from League 2 to the Premier League in England, and impressed along the way. He captained Barnsley to two big wins in Wembley and was a key figure in Villa’s promotion to the Premier League. With Ireland, he has racked up 17 senior caps and counting – and his first goal was a match-winning free against Georgia in 2019.

Paul O’Donovan (rowing): In 2016 after O’Donovan won Olympic silver and World gold in the space of a few magical weeks, former Irish oarsman Niall O’Toole described the Lisheen man as ‘the greatest Irish rower ever’. Four years on, O’Donovan is even better; he’s a living legend of the sport. The Skibbereen Rowing Club star is a four-time world champion (winning gold four years in a row, in the single in 2016 and ’17, and gold in the double in 2018 and ’19). He is also an Olympic silver medallist with his brother Gary from the 2016 Games in Rio, and that was the first time Ireland ever won a rowing medal at the Olympics. O’Donovan is widely hailed as the best lightweight rower in the world, and he’s still only 26. 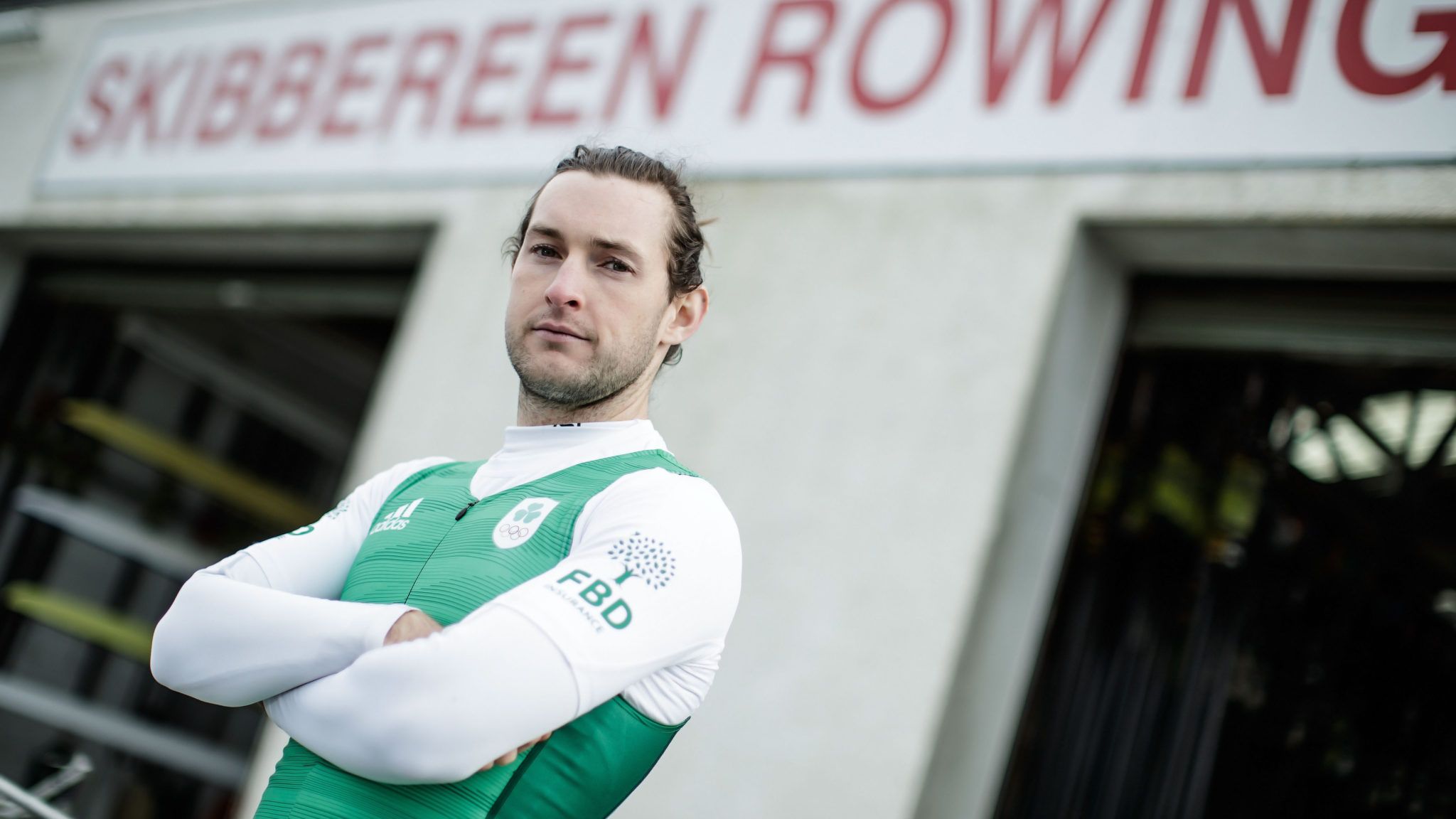 Jennifer O’Leary (camogie): The Barryroe woman is the best camogie player ever to emerge from West Cork. Small in stature but a colossus on the field, the pacey forward struck fear into the hearts of every defence in the country during a glittering career that saw O’Leary win four All-Ireland senior medals, six national league titles and, more impressively, eight All-Star awards, the latter haul marking her out as one of the best players to play the game. Her goal in the 2014 All-Ireland final turned the game in Cork’s favour. O’Leary’s staggering trophy haul would have been even greater if not for the two years she took out to go travelling at the end of the noughties.

Kevin Jer O’Sullivan (Gaelic football): The Beara division has produced some legendary GAA players over the years and Adrigole great O’Sullivan is always in the conversation. Inducted into the West Cork Sports Star Hall of Fame in 2018, the attacking Cork half-back was named on the Cork football team of the century in 1984 – and that highlights just how good he was in his prime. A two-time All-Star in 1972 (the only Cork man picked on the team that year) and ’73 and also an All-Ireland winner in ’73, the Beara football legend is regarded as one of the finest footballers the county has produced. At club level he captained his home club, Adrigole, to Cork intermediate title in 1979.