FIVE years ago Aoife Casey was one of the hundreds that packed into Skibbereen Credit Union to watch Gary and Paul O’Donovan transform into national heroes at the Olympic Games in Rio.

She had just turned 17 years old back then, had already been rowing for seven years, and, like everyone else, was a fan of the Lisheen brothers who put her club, Skibbereen Rowing Club, on the map.

Aoife has another link to that success. Her dad, Dominic, was the coach that created the environment for Gary and Paul to row their way into the history books with Ireland’s first-ever Olympic rowing medal.

That is still one of Dominic’s proudest moments, but now it has some serious competition.

Last Sunday morning in Lucerne, Dominic, Rowing Ireland’s lightweight coach, watched on as his daughter, now 21, and Margaret Cremen took to the start line for the final of the lightweight women’s double at the Olympic qualification regatta. This young crew, which wasn’t in the Olympic conversation at the start of the year, knew a top-three finish would guarantee them their spot at the Games in Tokyo.

They finished a heroic third, battling their way to that final qualification place on offer – and now Aoife and Margaret know they’re going to the Olympics. Underdogs before the qualification regatta in Lucerne, they travelled home to Cork on Tuesday morning as Olympians.

For Dominic, a man who has overseen the highest of highs with his club and with Ireland, this is an incredibly proud moment – he has coached his own daughter to become an Olympian. We all know by now that he’s not a man who goes looking for the spotlight or the headlines so don’t expect him to say too much about this. He’ll keep his answers short and to the point; much like his advice to his athletes. But to Aoife, he’s not just Coach Casey, he’s also dad.

I am reminded of a moment when I was writing Something in the Water, the story of Skibbereen Rowing Club’s rise from a country club to an international rowing juggernaut – how apt that is now as four Skibbereen rowers including Paul O’Donovan and Fintan McCarthy, as well as Dominic, are bound for Tokyo. It was during my final trip to Dominic and Eleanor’s stunning stone-clad two-storey house perched on a hill in Ardralla overlooking the Ilen River. Just before I left, I was chatting to Eleanor and her friend in the kitchen when Dominic disappeared. Minutes later, I spotted him standing in the hall, out of sight to everyone else, and beckoning for my attention. I had to go to him.

In his hands he was holding a framed photo of his oldest daughter Niamh that was taken when she was 12 years old in 2009 and had won her first race for Skibbereen. Niamh won a gold medal in the Junior 12 scull at the Ghent International Regatta that year. Before that 500-metre race she told Dominic she didn’t want to race. He convinced her to. She won. That photo means a lot to him – and through the whole process of piecing the book together it was also the only photo he showed me. 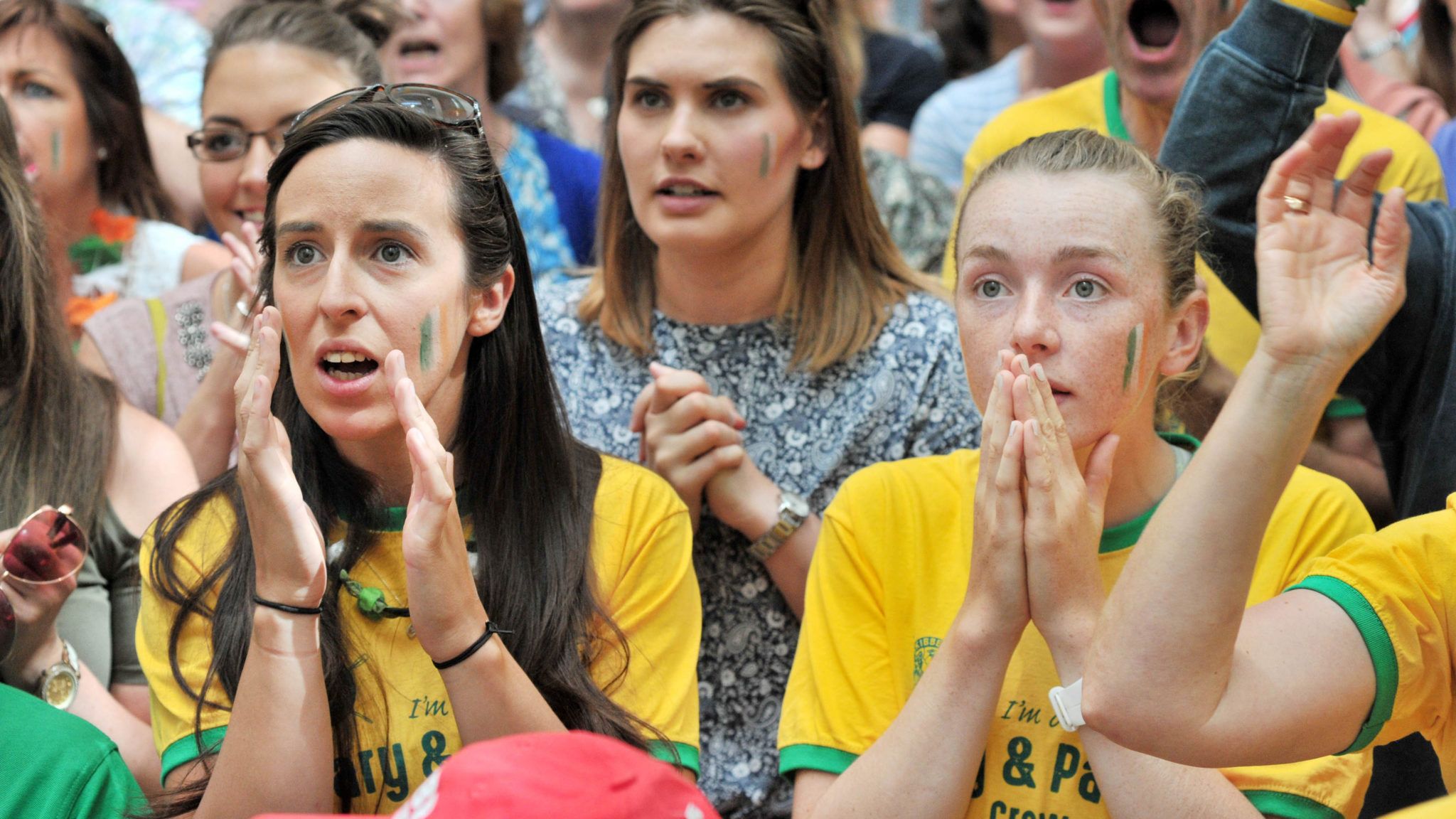 Aoife Casey (right) and Denise Walsh cheering on Gary and Paul O'Donovan during the the 2016 Olympics.

There’s Dominic the Coach who has created some of the most incredible and iconic rowing moments both with Skibbereen and Ireland, and there’s Dominic the Dad who we never see. He loves rowing and he loves to watch athletes fulfil their potential and thrive, and it means even more when it’s one of his own, like Niamh in 2009 or Aoife in 2021.

Last Sunday Dominic watched his daughter become an Olympian. He’s her coach, but he’s also her dad. That moment will be hard to top.

Back in 2016, Aoife chatted to the Star about her dad who was in Rio for the Olympics. ‘He doesn’t want the fame that’s involved in it. He sees his role as helping people and he’s not in this for himself. The joy he gets are the results of the athletes in the club; that’s where he gets his satisfaction.’

He is like a father to all the athletes he coaches, but that joy and satisfaction is multiplied countless times when it’s one of your own that performs on the big stage, like Aoife did.

But they’re not finished yet. Dominic, Aoife and Margaret Cremen are not travelling to Tokyo for the scenery. That’s not how they are wired. Already, it’s about the next race. But the photo from Lucerne last Sunday morning – of Aoife, Margaret Cremen and Dominic – should be framed and given pride of place in the Casey household. That’s a memory they’ll never forget.