POST-PRIMARY schools’ GAA is an integral part of the process for young players' development.

It is an essential stepping stone in progressing from club to inter-county football. As the leaves begin to turn and the evenings shorten, the focus for young aspiring footballers shifts to schools’ GAA.

The Corn Uí Mhuirí is the cup presented to the winners of the Munster colleges senior A football championship for secondary schools in Munster. The winners advance to the Hogan Cup, which is the All-Ireland colleges’ competition. The past ten winners of the Corn Uí Mhuirí have been schools from Killarney, Dingle and Tralee. Kerry has dominated. The last Cork winner was Coláiste Chriost Rí in 2011. That’s a long time without a Cork winner, and we go right back to 1991 for the last time a school from West Cork, St Fachtna’s Skibbereen, were crowned Munster champions. That team went on to Hogan Cup glory.

St Francis College, Rochestown were the last Cork school to contest the final, in 2015, led by current Cork senior Sean Powter, but lost to Pobalscoil Chorca Dhuibhne from Dingle. The year before DLS Macroom went down to the same opposition. There has been extremely lean pickings of late for the Cork schools in the flagship competition at this level.

In 2018/19 the competition moved from U18.5 to U19. There were two reasons for this – the northern schools had traditionally operated at U19 while also students are now older leaving school due to the advent of pre-school and transition year becoming compulsory in the majority of schools. In the past you had a lot of guys in Leaving Cert who were outside the age bracket and therefore missed out on a year of football and development at this level.

By the second week of December the group stage of this season’s Corn Uí Mhuiri will have been completed. The competition comprises 16 schools split into four groups of four with seeding based on the previous year’s performance. Both Kerry and Cork have seven schools in the competition while Clare and Tipp have one each. The third round will have been played before this article goes to print but there are a number of second round ties to also be completed. 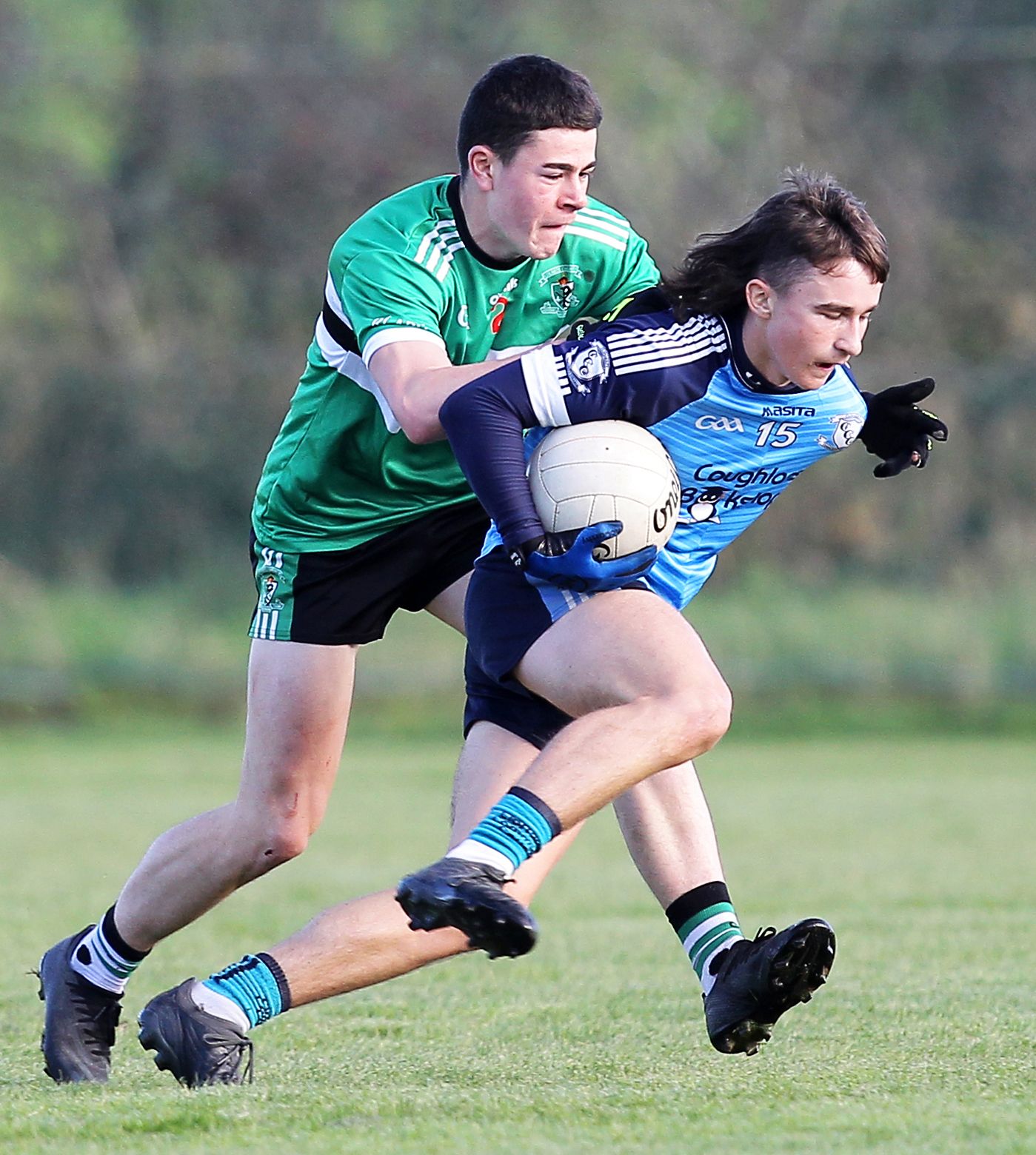 At the moment the Cork schools in poll position to advance to the quarter-finals in January are Rochestown College and Coláiste Spioraid Naoimh, both with two wins under their belts and top of their groups with four points heading into the final round. Clonakilty Community College and Skibbereen Community School, who both won their first round ties against Rathmore and Milltown respectively, will also be in action this week but also have their round two ties to complete in early December. Hamilton High School Bandon is the third West Cork school in this competition, and both they and Skibbereen CS qualified for last season’s semi-finals, which was a step forward.

For any of us who were football addicts as teenagers some of our greatest school memories surround our experiences in extra-curricular activities. I still have vivid memories of a Munster colleges B football final with Mount St Michael in Rosscarbery in the mid-1990s against Farranferris in the old pitch in Ballineen. We didn’t come out on top that day but the man giving of his own time back then in an effort to progress us as footballers was John McMahon. Schools are heavily dependent on the time teachers give voluntarily to GAA in their schools.

I often hear members of the GAA community harping on that there isn’t enough being done in schools with regard to player development. First of all, you have to have the teachers employed there with the required interest and coaching skill-set. Secondly, their efforts must be valued and seen as integral to the overall development of the student. Thirdly, the age profile and personal commitments that teachers have often don’t allow them to give up the necessary time after school. Add this to the number of schools we have in the county at all grades and you get a feel for the magnitude of the overall job.

Academic standards are paramount in our secondary schools so gone are the days when you can have one teacher running two or three teams. Many local clubs now offer support in terms of coaching to their local schools but this is still definitely an area that could be further developed and improved upon county wide. The GDAs and GDOs, in most cases, are doing what they can but they are thinly spread.

This is where Kerry is ahead of us. They have developed a culture that if you want to progress to inter-county football you nearly have to be attending one of their top GAA-renowned post-primary establishments. The top footballers around Killarney go to St Brendan’s College.

The top footballers on the Dingle peninsula go to Chorca Dhuine, and the same for Tralee CBS. They are well supported and resourced, resulting in an academy-like structure to complement their development squads structure. These three schools have dominated the competition over the last ten years and have gone on to win All-Irelands at this level which is also a big help. We are very spread out in Cork and it makes it harder to be consistently competitive.

Underage club activity running deep into the winter doesn’t help the cause either. U16, U19 and U21 championships are only coming to a head in recent weeks so players still have heavy commitments on several fronts. This limits preparation at schools level, as player welfare and burnout has to be at the forefront at all times, and after all club always comes first.

Schools’ football provides a superb platform for young, up-and-coming coaches to cut their teeth. You can do all the coaching courses you like, but like most other jobs, hands-on experience is where you learn most. School teams change year on year so you may, as is the case with senior schools football, have six or eight weeks to mould a team around your footballing philosophy.

It offers teachers the opportunity to build relationships with students outside the classroom setting and from my own experience once you have them doing what you want on the pitch, you in turn have them in the classroom. That mutual respect grows.