I'M sure when NFL great and Hall of Famer Tom Landry shared one of his pearls of wisdom, he didn’t realise that he was describing a man in Clonakilty.

Quite the challenge, but we can all think of someone within our own club or surrounding area who fits that description. Mike ‘Haulie’ O’Neill of Clonakilty fits the bill, too.

First, think about the role of a coach. Despite the name, it is not just coaching. In relation to GAA and football in particular, the role of the coach is to create the right conditions for learning and development to happen and to find ways of motivating your players. Most GAA players at adult level are highly motivated and therefore the task is to maintain that motivation and to generate excitement and enthusiasm about training and the game. Again, it’s like describing Haulie O’Neill.

Recently, he was inducted into the West Cork Sports Star Hall of Fame at the annual awards in the Celtic Ross Hotel in Rosscarbery. It was in recognition of his contribution to the West Cork sporting landscape over many decades. It’s a well-deserved accolade for a man who has had and is having a massive influence on his own club Clonakilty and more broadly with Cork, given his work as a county selector at both underage and adult levels in years gone by.

‘Living Legend Haulie,’ as sports editor Kieran McCarthy described him on these pages, played in two county finals with Clon as a player in the 1980s, was a selector in their ’96 Cork SFC win, the manager in their ’09 triumph and brought Clon from relative anonymity last year all the way to within a whisker of beating The Barr’s in the county premier senior football final.

One of his greatest achievements doesn't involve silverware. In 2015 when Clon’s senior football status was in question having lost three championship games, Haulie answered the SOS call, came in late in the season and galvanised the squad. The Brewery Town men, with Haulie as manager, recorded a crucial play-off victory against Aghada and ensured the club's 84-year unbroken presence at the top level of Cork club football was preserved. He helped his club when the need was greatest and the outlook looked grim. I’m sure Clon stalwarts would rank this as one of Haulie’s biggest contributions to his club. Six years on he was back in the hot seat and leading his club to a shock county final appearance. It’s the Haulie Effect.

I had the pleasure of working with Haulie at schools’ level in Clonakilty. There, I got a real feel for the aura surrounding his coaching style. It’s not often I’ve seen a man who would not have been instantly recognisable to young players outside his own club walk into a dressing-room of teenagers and command immediate respect with the room falling silent. Haulie’s reputation went before him – and it still does. His eyes are full of intensity and passion. Every young player in that dressing-room felt he was looking directly at him as he set out his expectations for the upcoming season. He fits Tom Landry’s description perfectly and the young lads loved it.

I met Haulie on the street in Clonakilty soon after the Covid-19 pandemic took grip, shut down the country and online training sessions in all sports, GAA included, were par for the course. ‘How are the online sessions going?’ I shouted gregariously across the street.

‘Micheál, boy, both you and I know I have to be looking into the whites of a fellas eyes to know what he’s thinking,’ came his reply. That summed up his style for me. He is a coach who knows how to get inside guys' heads and get the most out of them.

Everyday is a school day when you're involved in the GAA and being involved with a man of his experience most definitely helped me to develop my coaching style, but we can all reflect on our present and past playing careers and great people we came across that influenced us along the way. 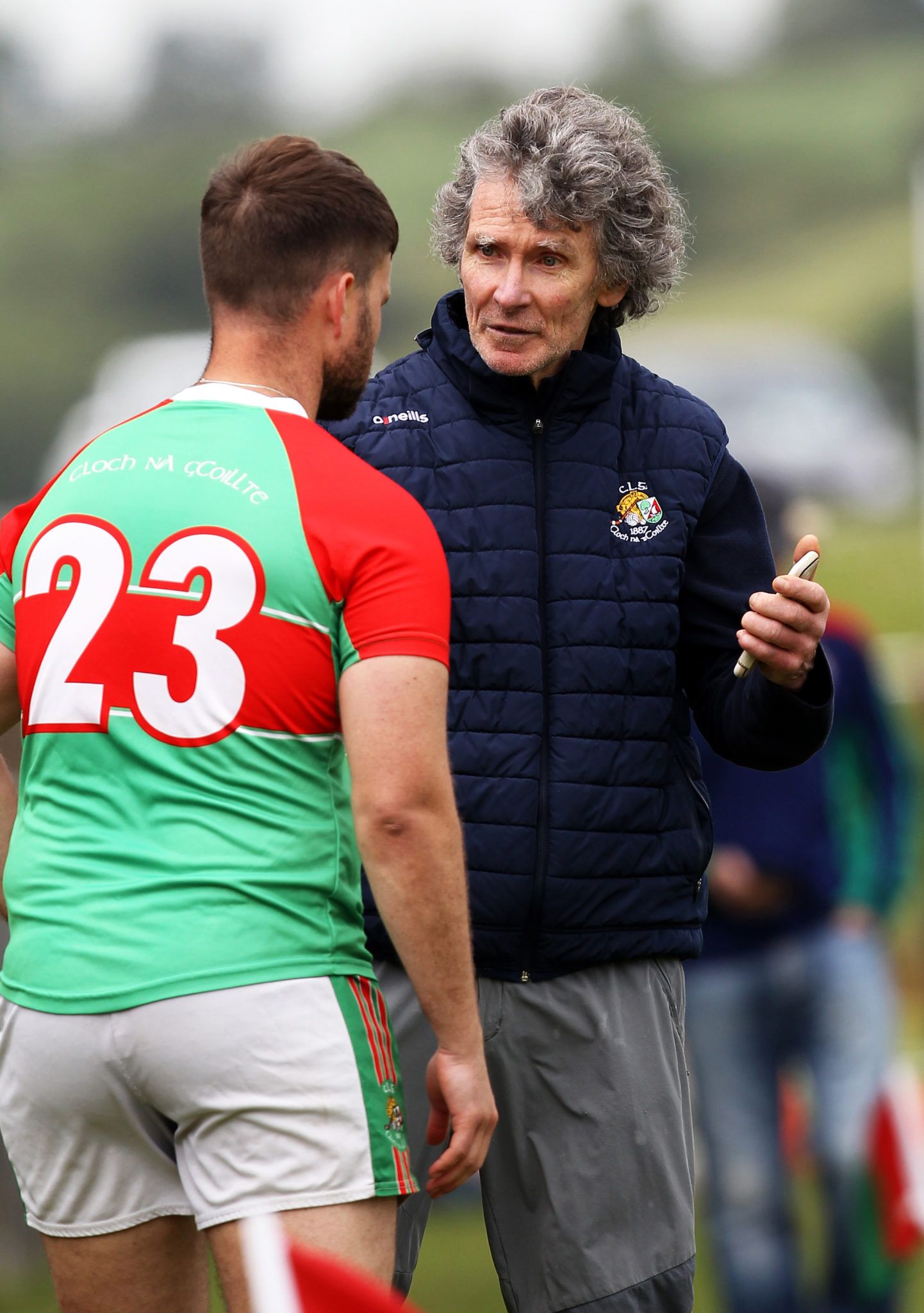 I had hugely influential underage coaches in Rosscarbery but my current involvement with the development squads, as Cork U15 football manager, brought my mind back to my first taste of football at a higher level outside of the Carbery division. It was the Óg Pheil in 1992. That was a precursor to the current system where the top players at U16 level were identified and brought together in Bishopstown for a coaching weekend in an effort to identify talent for the future Cork minor team. We were divided into squads for the weekend. Our coach was Brian Lotty from Glanmire, aided by a number of Cork minor and U21 players from that era.

The emphasis was on the fundamentals of the game, something Haulie O’Neill always speaks about, even at adult level. Being able to kick and handpass accurately with good technique off the left and the right legs. Being good overhead and on the ground. Tackling correctly. Positioning. A player's ability to identify space. Developing your athleticism and pace.

I didn’t make the Cork minor team that followed on from that experience but having rubbed shoulders with the best from around the county the biggest message I took away was that I wasn’t far off the required standard and now knew the level and the expectation of coaches that would enable me to take the next step.

The old adage ‘listen to your coaches’ will always apply to our future stars, but to borrow a quote from the great Lionel Messi, ‘when there is effort, attitude and desire, nothing is impossible.’