LESS than one week after the 2020 Bons Secours Premier senior football final was played, the 2021 version throws in this weekend. It’s a difficult situation for both champions Nemo Rangers and runners-up Castlehaven.

Nemo, now back-to-back winners, will have taken some time to enjoy their success last weekend, then come back down to earth this week and refocus quickly on the new championship – and Valley Rovers on Saturday – or they could find themselves behind the eight ball with a first-round loss. Castlehaven will have to shed their disappointment swiftly and put themselves in a position to go one better in 2021; Newcestown are waiting for them this Saturday.

Back in 2004 Carbery Rangers lost the county intermediate football final to Nemo Rangers. But because it was Nemo’s second string, they couldn’t go on to represent Cork in the Munster club championship. Instead, Ross went into the provincial series. We were drawn against Dingle away. Both players and supporters looked on the trip as a bit of a club celebration having been on the road for two years securing the county junior championship, Munster club junior and losing narrowly in the All-Ireland junior final which was then held in Monaghan.

To begin with, interest levels in the game were low but as the contest progressed our energy levels and competitive edge returned and we got out of Dingle with a hard-earned draw. It lifted the team, supporters and club once again, and so began a run that would culminate in an All-Ireland intermediate club championship victory in O’Moore Park, Portlaoise. The celebrations were epic and like what Nemo and Castlehaven will face this weekend, we were back out in the Cork intermediate championship two weeks later. It was a straight knock-out back then and we found it hard to re-focus so quickly and lift ourselves for the game because, in essence, we were back to square one. We scraped through playing poorly, thanks to a long-distance late free from our tearaway wingback Johnny Murphy. We were back on the road.

With just 12 club teams in the Premier Senior Football Championship it is highly competitive with no room for complacency. It’s very easy to find yourself fighting against the dark cloud of relegation if you lose your first game. The new seeding system favours the traditionally more consistent senior teams. In the past there was a chance you would catch Nemo or the Barrs in the early rounds of the championship and throw the whole thing wide open or what would be seen as the contenders could all end up on the one side of the draw. But now with the seeding and a guarantee of three games in the championship, with the top two to qualify from each group, it is more likely that all the leading lights will qualify. But sport wouldn’t be sport without surprises and upsets. 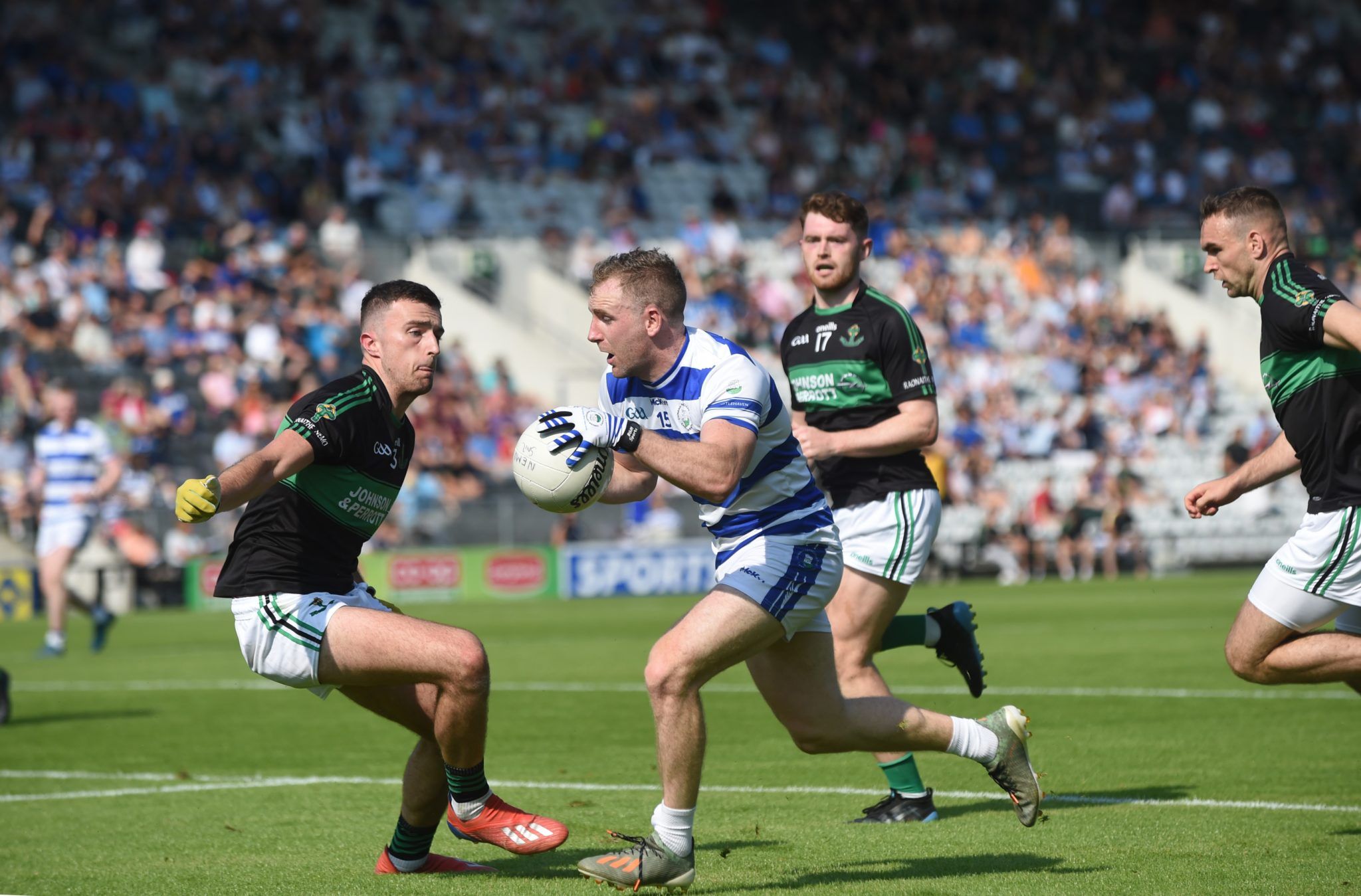 Group A consists of Nemo Rangers, Valley Rovers, Douglas and Carrigaline. Valleys made great progress last year under Paul Holland, beating Douglas and running Nemo to five points. But they need to unearth more talented firepower up front to support long-serving star Fiachra Lynch. Douglas are the perennial underachievers with their only victory last year being over the relegated Bishopstown. It’s hard to understand how a team containing Sean Powter, Kevin Flahive, the Hartnett brothers and the Cadogan brothers hasn’t figured more prominently in the latter stages of the championship. They have to get it together sometime. I expect Nemo to qualify with Douglas scraping into second place ahead of Valleys.

Group B contains Castlehaven, Newcestown, Carbery Rangers and newly-promoted Éire Óg. This group was labelled the ‘West Cork group of death’ last year as it also contained Ilen Rovers. This year it is every bit, if not more, of a killing field with the addition of Éire Óg. Last year Newcestown gave Castlehaven a little bit too much respect and didn’t come out and attack them in the way they did against Ross and Ilen. If they did they could have topped this group. An in-form David Buckley will add another string to their attacking bow this year. Like 2020 Ross have suffered long-term injuries to two major players in Mark Hodnett and Brian Hodnett but will be buoyed by the success of their Carbery U21 championship victory. The contribution these young players make this year will go a long way in determining the longevity of Carbery Rangers’ championship run.

Éire Óg bring a lot of quality to this group as recent 2020 Senior A champions and will have a big say in qualification. With players of the quality of John Mullins, John Cooper at six, Ronan O’Toole at midfield and Daniel Goulding and Colm O’Callaghan in attack, they will ask serious questions of the other three teams. This group is very hard to call. I think all teams could lose a game, possibly resulting in qualification coming down to score difference. I’m going to hang my hat on Castlehaven and Carbery Rangers to emerge by the skin of their teeth in this one.

Group C comprises the Barrs, Ballincollig, Clonakilty and Ilen Rovers. The Barrs narrowly missed out, on penalties, against Castlehaven in the 2020 semi-final and will be at the business end of the championship again this year. Podsie O'Mahony has the reins in Ballincollig and will be hoping Daire Dorgan, brother of Cian, can add much-needed new impetus to their forward line.

Clon, with the players they have at their disposal, have under-achieved in recent years. Haulie O’Neill has taken over this year and, with two county championship title wins under his belt as manager, brings huge experience and quality. Clon went down to the Barrs in this year's equivalent of the Kelliher Shield final, which was progress. They have two high-quality Kerry imports in Dara Ó Sé and Joe Grimes allied to existing talent; they will cause an upset or two this year. Jason Whooley has taken over as Ilen boss following their 2020 relegation play-off victory over Bishopstown. They will be targeting the Clon game to get out of the blocks fast this year. I fancy the Barrs and Clon to emerge from this one.

Let the fun begin. Championship is what every player lives for and this weekend promises some cracking opening contests.