WHEN it comes to small local sports clubs punching above their weight, Ardfield Rathbarry Tennis Club is one such shining example.

Founded in 1996, the club has gone from strength to strength over the years, with facilities to rival any other tennis club in the county and beyond.

It all started in the 1990s when a group of local youths had the idea of bringing tennis to the local community. As interest grew over the years, a club was officially formed in 1996. At this point, floodlights were installed at the court so tennis in the local area became an activity people could do all year round.

Tom Scanlon is the club captain of Ardfield Rathbarry Tennis Club. He says that as the club became bigger, the facilities were no longer adequate, so the community worked together to develop the club and facilities even further. 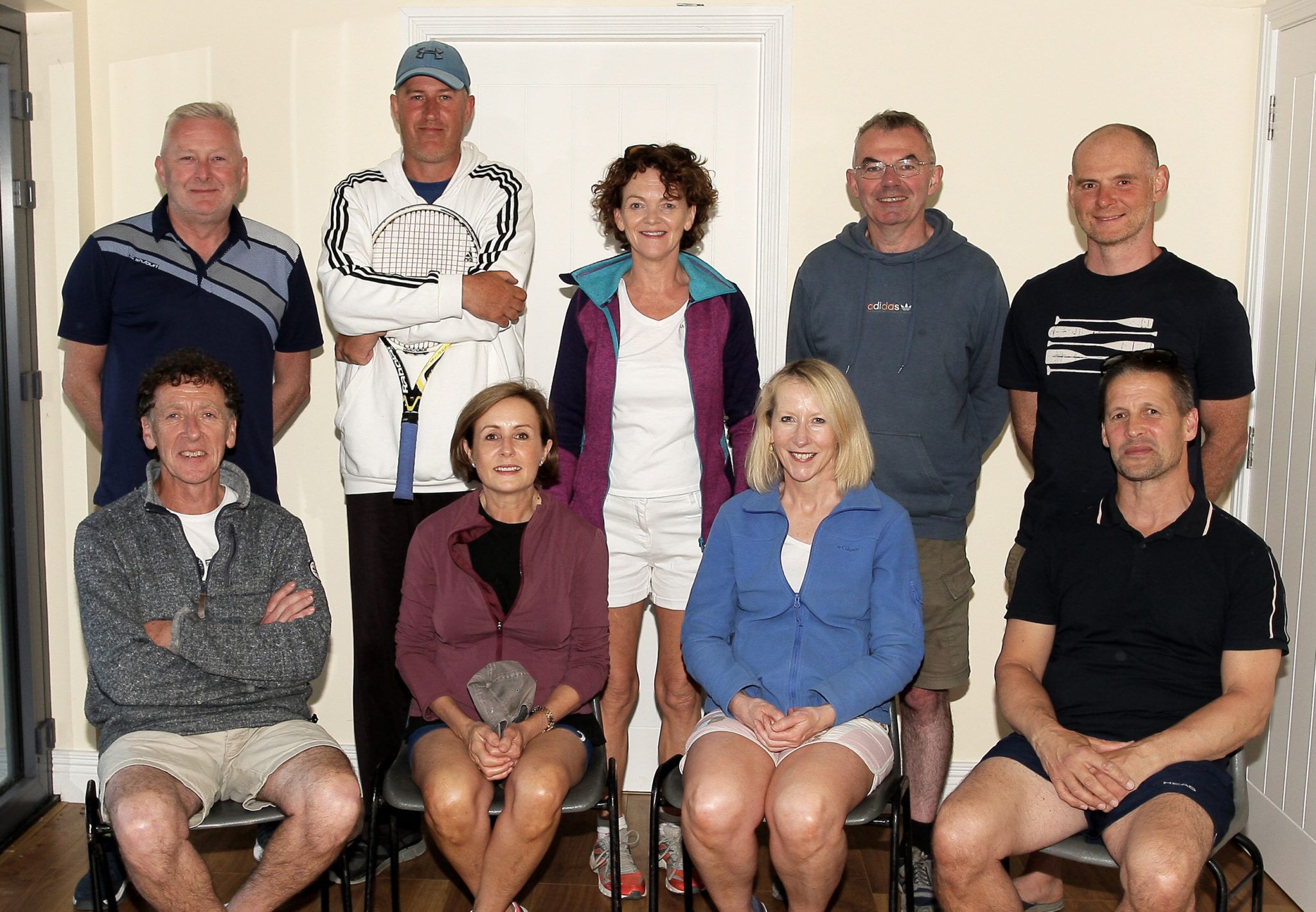 ‘The club president, Jim Blackwell, was instrumental in getting the facilities upgraded. He moved to Ardfield from Switzerland and was well versed in tennis. Jim was very ably assisted by his wife Hilary, who is the club president today,’ Scanlon explains.

The community got behind the task and raised funds, as well as receiving funding from West Cork Leader.

Thanks to everyone’s efforts and a generous donation of a piece of land from St James’ GAA Club, a second all-weather tennis court was built.

‘We now had two courts, floodlights and a little shelter. It was a great thing to have two courts in such a small club’, Scanlon adds.

‘We had a lot of members coming and going over the years, but we always had a strong junior presence. Jim was really strong in promoting the club both locally and further afield and we had a lot of youth success in the early 2000s’.

With only a small shelter to hide from the elements, the club set about building a new clubhouse which was designed to include full glass frontage, overlooking both courts, that completely opens up, allowing 30 feet of open space. The new clubhouse opened in 2016.

‘Unfortunately, Jim, who was president of the club at the time, passed away a year before the clubhouse opened so he never got to see it. There is a plaque up in his honour to acknowledge all his work in the club,’ Scanlon says.

With facilities up to scratch, adult members set about making their mark on the sport and began competing in the Munster Winter League.

‘The league runs from October to March every year. For a club nobody heard of, we have competed very successfully. Over the years we have made it to the knockouts, to the semi-finals and one final against a much larger club’, says Scanlon. 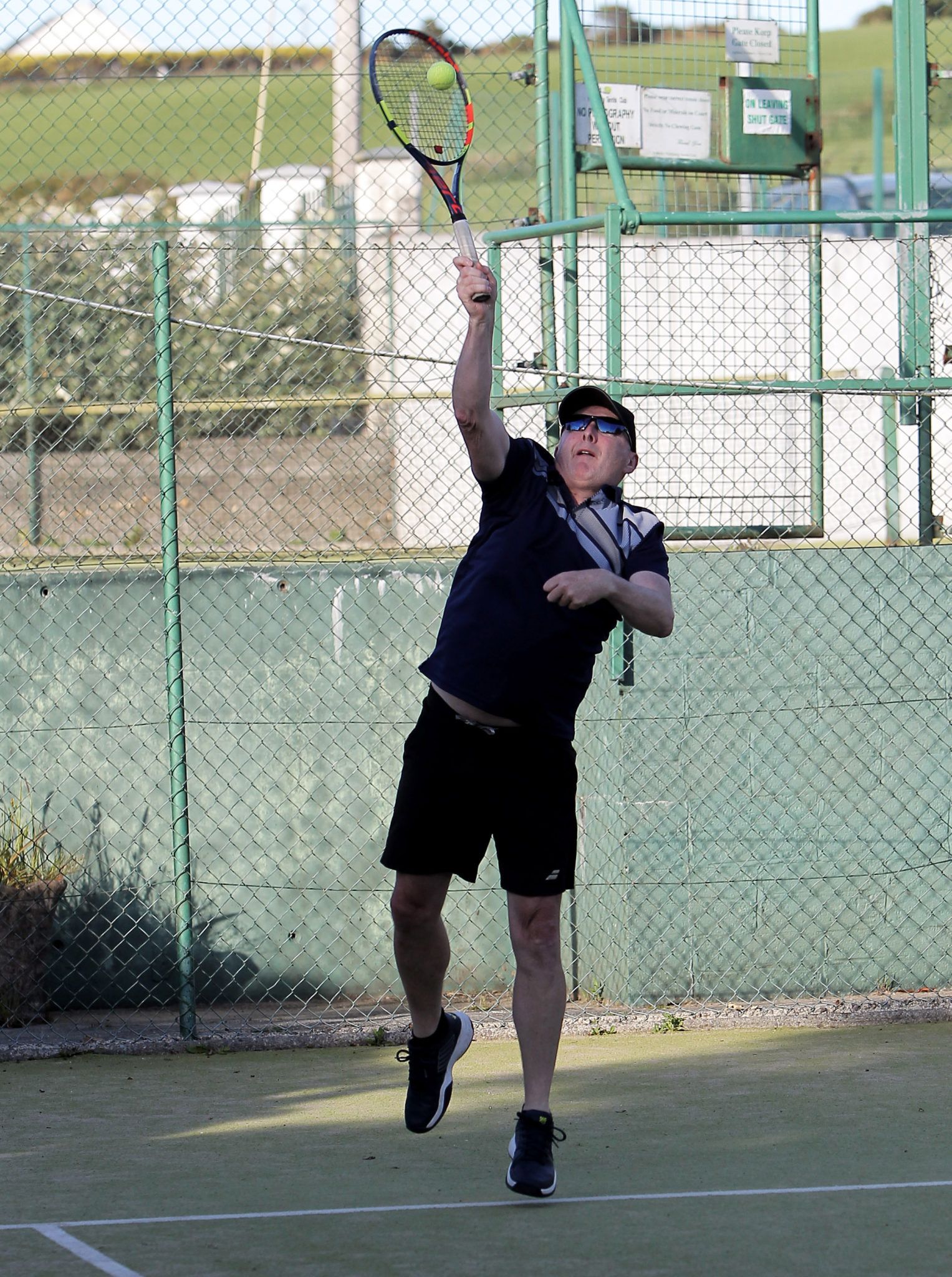 With 30-40 adult members playing regularly, this league drives momentum within the club. They have also seen a lot more interest from junior players in the last two years, after seeing a lull for a period before that.

‘A huge interest comes from seeing tennis on TV. There are up to 50 professional tournaments annually, many of which are televised or streamed. The likes of Rafael Nadal and Roger Federer are legends in the game. Tennis has become a cool sport, whereas before it was sort of niche,’ Scanlon explains.

The club has a great coach who works with the local schools in Ardfield and Rathbarry to grow the interest of tennis among the youth of the parish. Alan O’Mahony coaches kids from both schools who come along to the courts to play some tennis.

‘The juniors are who we need to keep the club growing. They are the bloodline for the club going forward’, says Scanlon.

Over the coming summer months, the club will hold five or six competitions amongst its own members, as well as an open competition for other clubs.

‘We have a busy schedule for a small club. All of our activities are supported by our sponsors and the local community, and we really want to thank them’.

For anyone interested in trying their hand at tennis, the club has an open-door policy and always welcomes new members.

‘The courts are available 24/7. We have an online booking system that every member has access to. This is a real positive feature for a small club to have.’ 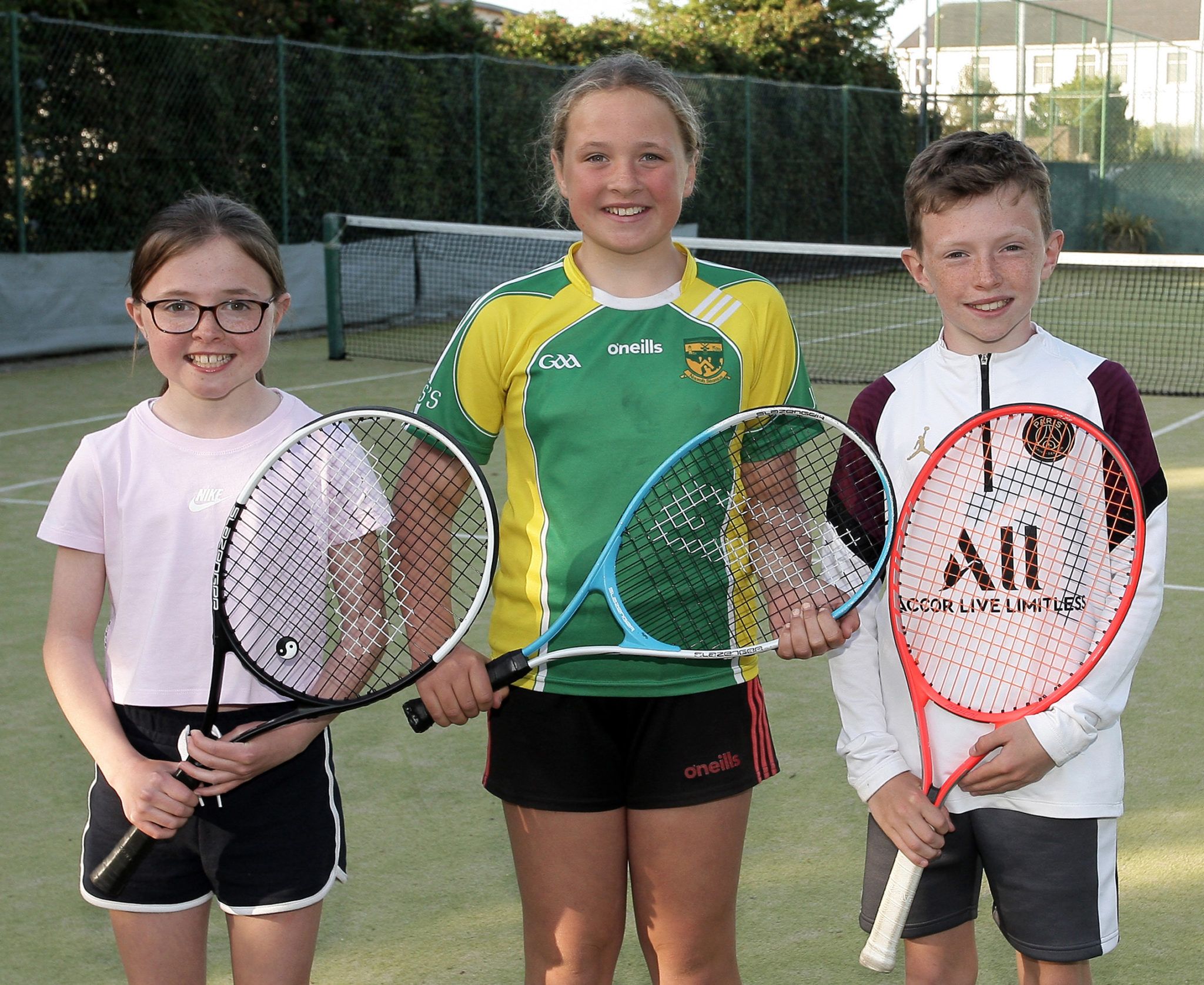 Kate Whelton, Kitty O'Loghlin and Daniel Whelton are some of the club's young members.

Members have a club night every Tuesday evening where they play some tennis, have an opportunity to meet other members and have a cup of tea or coffee.

‘It’s a great way of meeting new people if you are new to the community,’ Scanlon says.

‘The great thing about tennis is that it’s a sport for all ages. We have players from four to 84. It’s not hard on the body and you can play at whatever level you like’.

‘It’s a great way to spend an hour, get fresh air, have fun, a chat and get exercise at the same time’, concludes Scanlon.