ANOTHER clash with reigning All-Ireland champions Dublin ended in another defeat in the recent Division 1 league final, so where does Cork boss Ephie Fitzgerald, his management team and his players go from here?

As disappointing as a third loss in seven months to Dublin is, it is worth remembering that Cork remain Mick Bohan’s most serious challengers heading to the 2021 All-Ireland championship.

True, Donegal could have beaten the Dubs last year but Cork is the one team, the one panel that consistently matches the Dubs for similarly talented players, strength and conditioning and fitness levels.

All well and good but cynics will point to Cork’s inability to defeat the current Dublin team for a third time in recent months.

Every time Cork looks like building a lead, the All-Ireland champions find a way to turn the tide in their favour. Be it a tactical foul, a defence-splitting burst or sublime score out of nothing, Dublin always finds a way.

How? A combination of experience, cuteness, ruthlessness and sheer class. Remember, this is a county that lost three consecutive All-Irelands to Cork between 2014 and 2016 before claiming every Brendan Martin Cup on offer since. This Dublin team have become serial winners so it is going to take something extra-special to deny them a fifth consecutive All-Ireland.

And yet there is hope and genuine reasons to believe Cork can end Dublin’s dominance. Taking a step back and analysing the overall picture makes for positive reading.

Firstly, each year, Ephie Fitzgerald places all his emphasis on winning the All-Ireland. He is on record as saying that. The national league is all well and good but blooding new players and getting up to championship pace is what it is all about. In that regard the league campaign has been a success.

At various junctures, Sadhbh O’Leary, Libby Coppinger, Meabh Cahalane, Katie Quirke, Emma Cleary and Laura Cleary have made their mark in a Cork senior jersey. The same is true of the returning Eimear Scally and Emma Spillane along with Clare O’Shea. Áine Terry O’Sullivan will hopefully recover from a recurring leg injury. All that means competition for places will be off the charts in the coming weeks. Bottom line, Cork will be a different, angrier beast if and when they face the Dubs later this year. 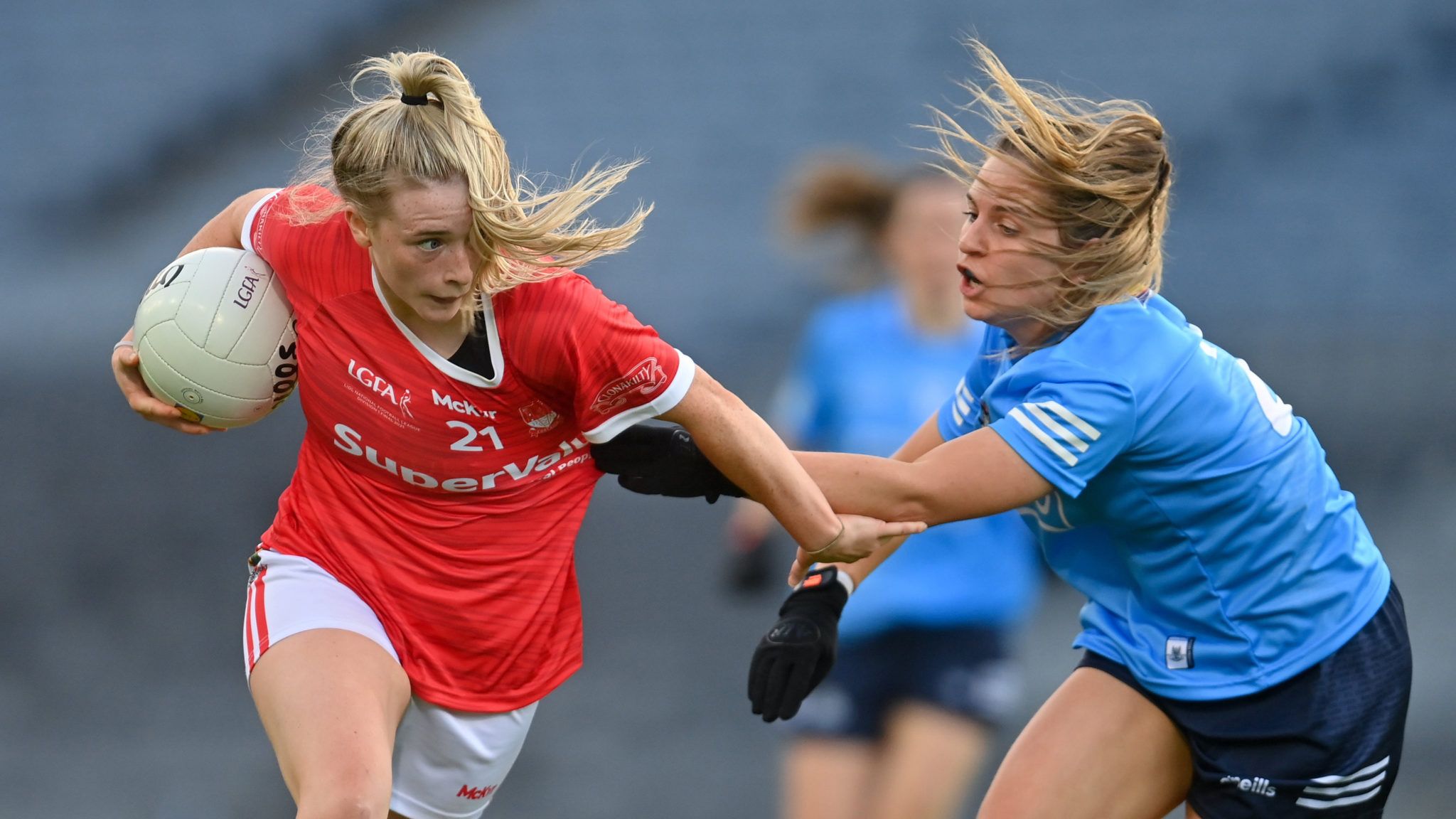 Cork's Daire Kiely of Cork tries to get away from Dublin's Martha Byrne.

Mourneabbey’s Doireann O’Sullivan was the most notable absentee listed but add in O’Donovan Rossa’s Laura O’Mahony, Aghada’s Sarah Leahy and St Val’s Aisling Kelleher and Cork have plenty of experience to call upon over the coming summer months. Hopefully, the aforementioned players will feature in a Cork senior jersey sooner rather than later. With respect to the other absentees, getting an experienced player and scorer like Doireann O’Sullivan back out on the pitch is an absolute priority.

Niamh Cotter’s absence from the entire panel listing is equally disappointing. Few players can command the centre of the pitch like the former Beara and West Cork midfielder. Persistent back injuries have blighted Cotter’s contribution at inter-county level over the past 24 months. So let’s hope it is not too long before we see one of the true stars of the modern era out back out on the pitch once again.

Thirdly, Fitzgerald has changed the point of Cork’s attack and proved they are capable of getting in behind Dublin’s defence in all three recent meetings. Sadhbh O’Leary, Brid O’Sullivan and Libby Coppinger’s quick, darting movements are in direct contrast to previous incumbents Áine Terry O’Sullivan, Doireann O’Sullivan and Saoirse Noonan. This newfound, more fluid attacking approach is working and creating goal-scoring opportunities.

Ciara O’Sullivan and Orla Finn’s displays have also made for positive viewing. The two experienced forwards are in outstanding form and, if they can carry that into the championship, they are capable of helping Cork reach the business end once again.

Fitzgerald now has a settled midfield pairing of Máire O’Callaghan and Hannah Looney coupled with the best half-back line in the country comprising Erika O’Shea, Ashling Hutchings and Melissa Duggan. Add in an equally settled full-back line and experienced goalkeeper in Martina O’Brien. Heading into the championship, whatever the defensive combinations, Cork must improve their kick-out strategy and not give away as many needless frees as they did against Waterford, Donegal and Dublin (twice).

With a much stronger bench and additional players returning from long-term injury, Fitzgerald’s senior inter-county setup is in a healthier position than this time last year. They’ll need to be once the 2021 All-Ireland championship kicks off.

There is no doubt that a gap in quality remains between Dublin and the rest of the country. Cork leads the chasing pack and are getting closer. Yes, they have suffered setbacks but no other county is better placed to knock the champions off their perch. The pieces of the jigsaw are there. It is up to Ephie Fitzgerald and his management to put them together.