LAUREN Farr is making a splash in and out of the water.

The Dunmanway swimmer, a member of Sunday’s Well Swim Club based in Douglas, has recently been added to the Swim Ireland national squad after achieving the qualifying criteria in the 100m and 200m backstroke at the Irish Short Course Championships held in Dublin last December.

Farr has the distinction of being the only Cork swimmer added to the national squad following the championships.

To recognise her success, she has been honoured with a Cork City & County All-Star Youth Award.

Breaking into the national squad is a great achievement on Farr’s part as swimming has been one of the many sports disrupted by the Covid-19 pandemic over the last two years. Swim training and galas were suspended for a large part of 2020 and 2021 because of the Government restrictions in place.

Prior to the pandemic the Dunmanway teen had achieved some remarkable results in her swimming career which included numerous Munster and All-Ireland club and schools titles in an array of swim strokes and distances including backstroke, freestyle and in the individual medley event. She also holds several Munster underage records. 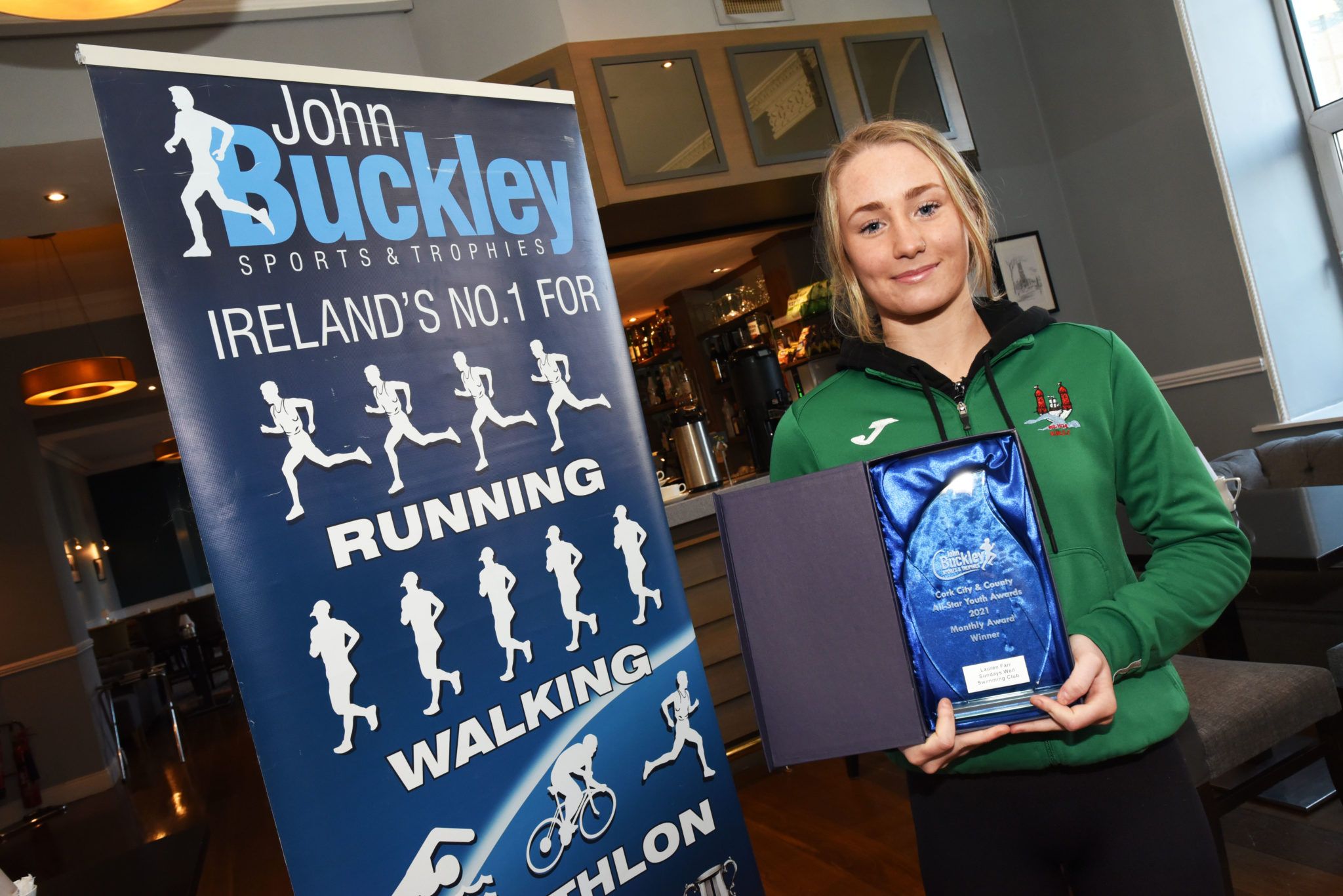 Farr also competes in Surf Life Saving events with the Cork team and has won numerous Munster and All-Ireland events with her most recent success being her All-Ireland gold medal in the Junior Open Water Swim achieved in Kilkee in August 2021.

These achievements have come about due to a combination of her natural talent and also from a huge commitment to training over the last five years since she became a member of Sunday's Well Swim Club. Training with Sunday’s Well requires between six and seven sessions a week with five of those sessions running from 5.30am to 7.30am. The 50-minute journey from Dunmanway necessitates a 4.30am alarm call whilst breakfast occurs in the car after training on the way to school.

This dedication has now resulted in her being made a member of the Irish national squad with qualification for the European Junior Championships and the European Youth Olympics being her objectives over the next 18 months.

Daughter of Kieran and Cathy and sister to Helen, Cillian and Rachel, Lauren is now moving to Limerick to attend school and will be training with the Swim Ireland National Squad based in University of Limerick Sports Arena under the tutelage of head coach John Szaranek whilst still retaining her affiliation to Sunday’s Well. This will allow her to increase her training levels significantly whilst availing of all the additional benefits the High Performance environment confers.