IT’S hard to believe that Tadhg MacCarthaigh haven’t won the Carbery junior A football title since 2012.

Champions on six occasions between 1995, when they won their first, and 2012, when they won their last, MacCarthaighs have always been rated as among the favourites for the title since they first lifted the Little Norah in 1995. However, they have failed to live up to that favourite tag since 2012, their last final appearance in 2018 ending in a replay loss to Kilmacabea.

‘We are looked on as potential winners every year but have failed to live up to that since 2012,’ manager Gene O’Driscoll told The Southern Star.

‘We lost a replayed final to St Colum’s in 2013 and again in 2018 to Kilmacabea. This season we took a hard look at ourselves, our strengths and our weaknesses, and started to work on those. You could call this season a learning period as we tried to gel the older, experienced guys and the younger newcomers. I suppose we’re a team in transition, but we decided it was time to begin delivering on expectations.’

Last season, Tadhg MacCarthaigh lost in the semi-final to Kilmacabea in appalling weather under lights in Dunmanway, but this campaign they have beaten Kilbrittain (0-10 to 0-9), Kilmacabea (1-9 to 0-11), Bandon (3-16 to 1-4) and Carbery Rangers (2-8 to 0-8) en route to this Sunday’s final in Dunmanway.

So, as MacCarthaighs prepare for their first final since 2018 – they take on St Mary’s in Dunmanway this Thursday night at 8pm – how has the training being going this season in Gene O’Driscoll’s view?

‘We had Cárthach Keane as our coach for the past few seasons and he has brought a lot to the team. He concentrated especially on the back line not conceding soft goals like we had been doing and the team is now showing the benefits of that training. Unfortunately for us, Cárthach has gone on his travels again and we wish him and Bríd (Stack) luck in that,’ O’Driscoll explained.

‘We were lucky that Mike O’Brien was available to come in instead and he has been great with the team. He worked a lot with us in the past and knows the scene. We work hard on both the physical and mental side of the game and you could see that in the way the players refuse to panic when things are going wrong.

‘They have learned how to manage games, especially the younger guys, and even though every player plays to a set plan and knows exactly what he should be doing, they have the freedom to express themselves. We emphasise it’s okay to make mistakes but to learn from those mistakes. We try to teach them to do the right things at the right times.’ 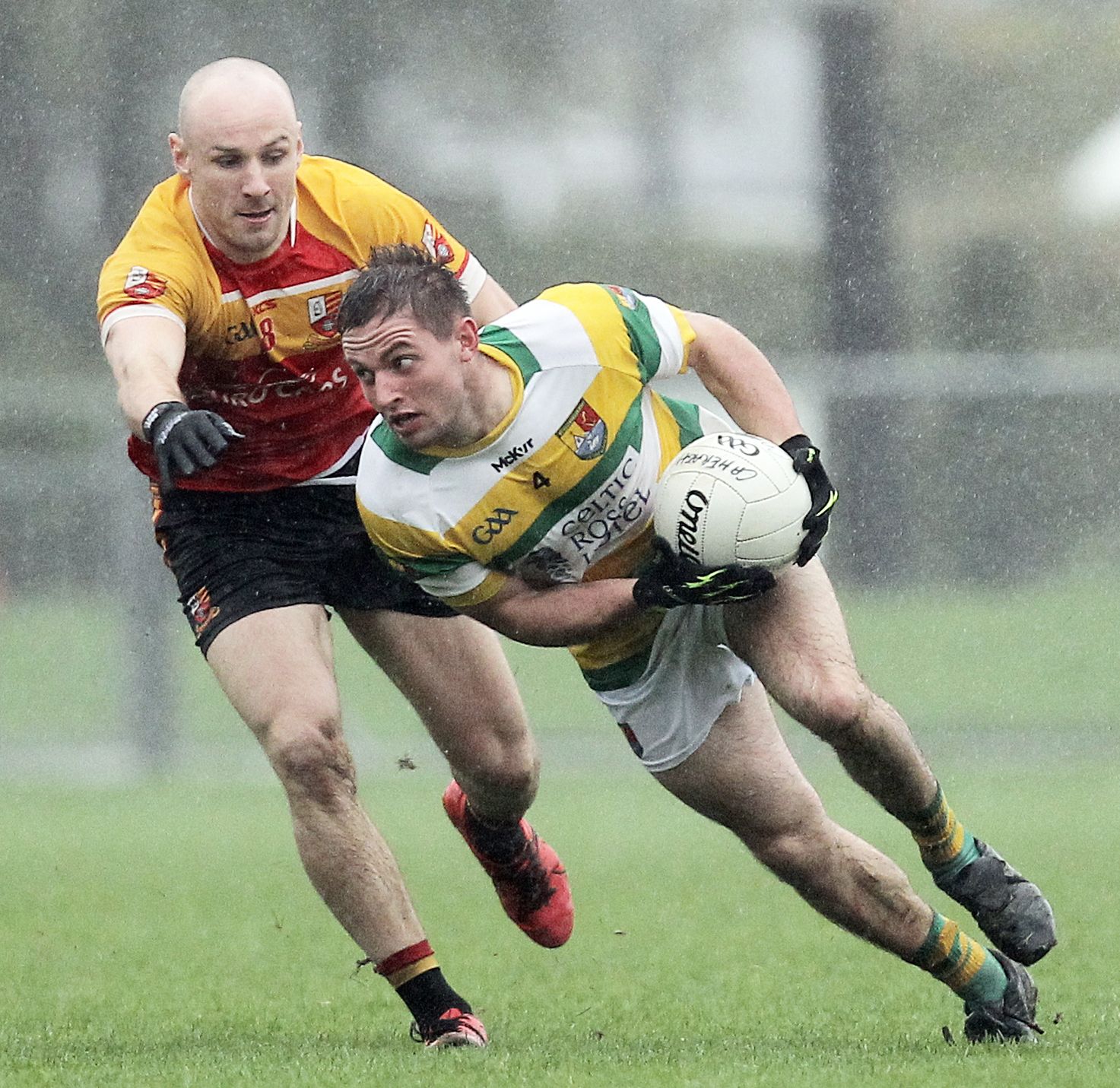 Many people would hold that Tadhg MacCarthaigh are too dependent on O’Driscoll’s three sons on the team – Colm, Kevin and Brian – so what does their manager think of that view?

‘Maybe that was true once but not anymore,’ he stated.

‘We have now empowered the younger players to contribute more on the pitch and in training. It is a team, not three players, and no matter how small, every contribution from every player is vital to the cause. We have changed the mindset of being dependent in recent times and all the players now know what is expected of them. Of course, we expect more from our experienced players, doesn’t every team?’