It was a cagey opening, Skibbereen captain Ruairi Collins converted one of his two free throws to make it 11-8 with three and half minutes to go in the first quarter, but Rathmore pulled away after that, leading 18-10 by the end of the quarter and it was 32-20 at half-time.

Jacob Byrne racked up 26 points for the victors and picked up the MVP for his efforts, while Tom Kearney had 11 and Eoghan Sherry 10. 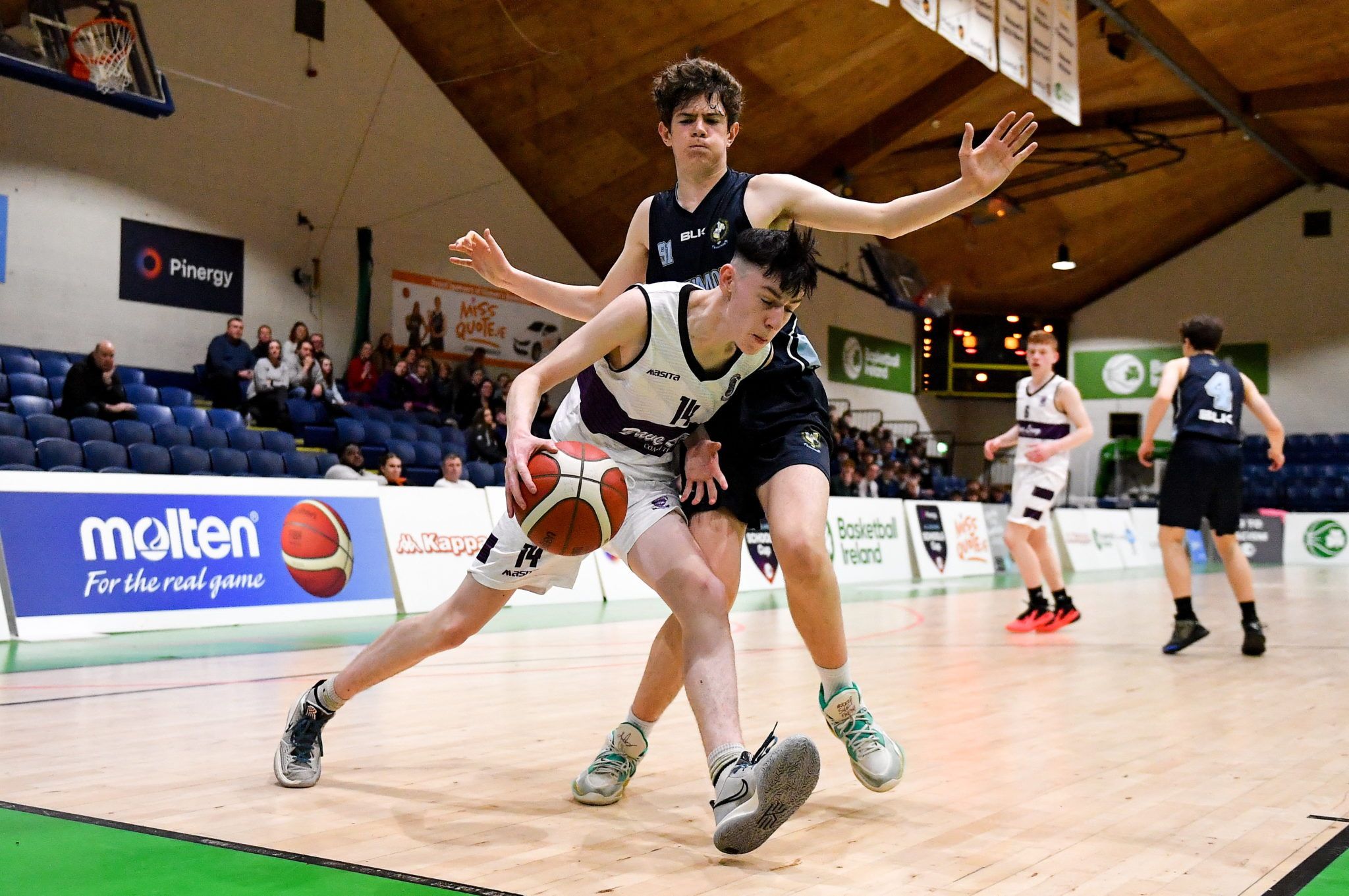 Naoise Quinn of Skibbereen in action against Eoghan Sherry of Rathmore during the Basketball Ireland U16B Boys Schools League Final.