A pulsating final saw the Cork school outlast their opponents, Our Lady's Bower, to deservedly win the trophy by just two points. 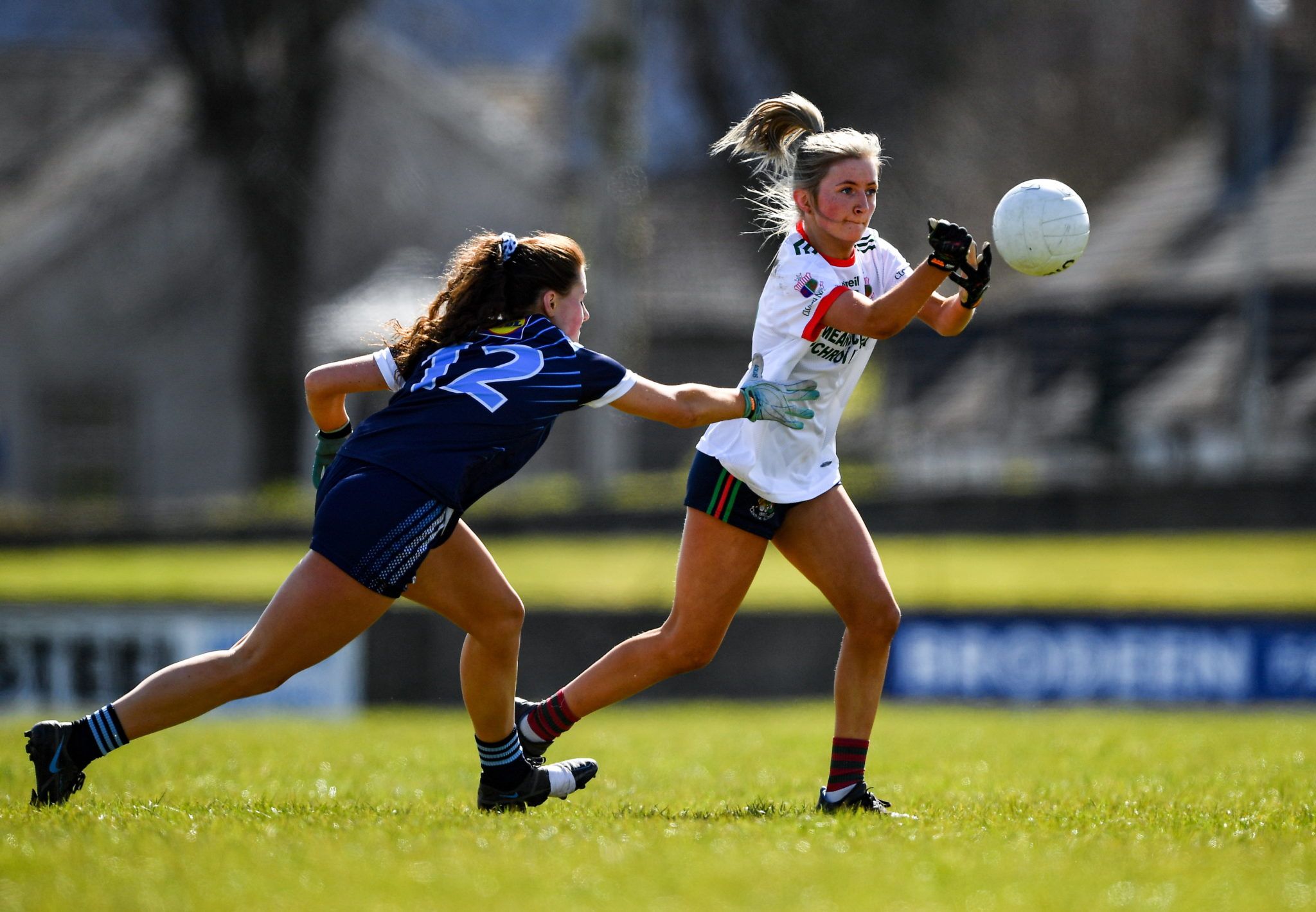 Siofra Pattwell and Deasy raised consecutive white flags before the former clipped the crossbar to make it 0-4 to 1-0 after 18 minutes.

The Westmeath side enjoyed a purple patch with the dangerous Reid rattling the crossbar and punching the rebound to the net. Reid added a point shortly after but their opponents found another gear as Ciardha McCarthy, Millie Condon and Aisling Moloney efforts levelled matters, 0-7 to 2-1, at half-time.

A scrappy third quarter saw Deasy add two more scores to increase the Cork side’s lead to 1-9 to 2-2 at the final water break.

Sacred Heart lost Deasy to a yellow card offence for ten minutes and Our Lady’s took full advantage. Marian Nolan converted a penalty before Alison Nugent levelled it up 3-3 to 1-9.

A nerve-wracking closing period saw Deasy return to the pitch and kick the insurance score after Pattwell landed a long-range free to spark wild scenes at the final whistle. 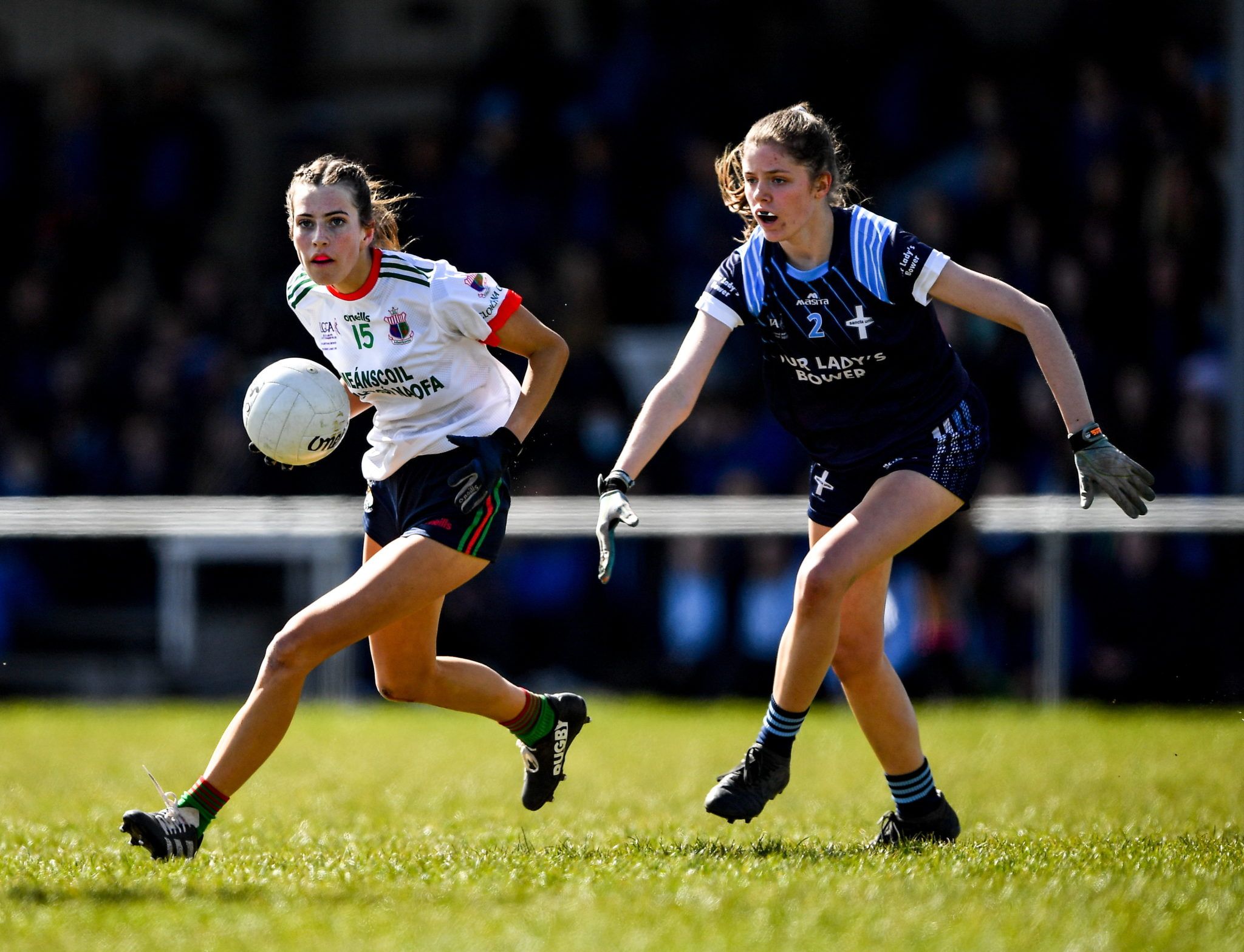 Aisling Moloney of Sacred Heart Clonakilty in action against Eva Fitzpatrick of Our Lady's Bower.