IT was another terrific week for West Cork schools in Munster LGFA PPS action as Sacred Heart Secondary School Clonakilty and Skibbereen Community School both progressed to provincial finals.

Sacred Heart Clonakilty recovered from the concession of two early goals and produced an excellent display to see off Mercy Mounthawk Tralee by 5-11 to 2-5. That result saw the Clonakilty school qualify for this year’s Lidl Munster LGFA senior Premier C decider against whoever emerges from Ursline Thurles and Coláiste Muire, Ennis’ semi-final clash. 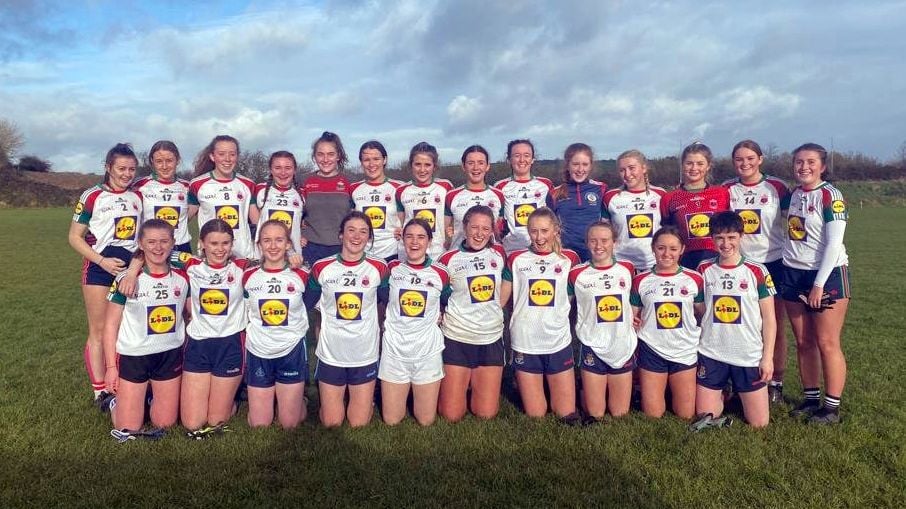 ‘We hadn’t played since December 15th, trained over Christmas and lost to Skibbereen CS in a challenge the week before putting in a superb performance to defeat Mercy Mounthawk,’ Sacred Heart coach Brian Daly told The Southern Star.

‘From going two goals down in the first five minutes, we recovered brilliantly. We got some superb scores and it ended up being a terrific all-round performance. There is one more step to go now, the senior Premier C final. We were beaten in that final two years ago, as a junior team, by a point after extra-time. So, there is a small bit of unfinished business for this particular group of girls.’

Skibbereen Community School continued their marvellous run in the Lidl Munster LGFA PPS junior C championship by defeating Coláiste Choilm Ballincollig 8-15 to 3-6 in Ahiohill last week. The Skibbereen school deservedly qualified for the 2022 junior C final on the back of another commanding performance.

‘There was huge support at our semi-final with Coláiste Choilm which Anna, Ger and I, as well as the players, were hugely appreciative of,’ Ella Ryan said.

‘It is our second consecutive Munster PSS final and a huge amount of work has gone into preparing and training the girls. We have built on all the hard work of the last few years and the players have huge respect for one another and all the effort they have been putting in.

‘Winning a Munster final would be a big step for the school but these girls have already enjoyed a huge amount of success with their respective clubs in West Cork and at inter-county level. They are well up for the challenge against whoever we end up playing in the final.

‘We played St Anne’s Tipperary in the 2020 Munster final and Mercy Mounthawk knocked us out of the senior competition earlier on this year. They are two schools we know well having played them a lot over the last couple of years. We don’t know when the final is taking place just yet but it will be soon enough as the All-Ireland series begins not long after the provincial finals are completed.’