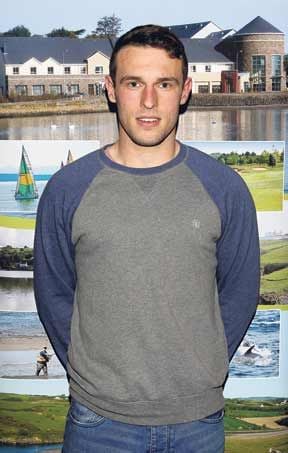 JOHN O’Rourke and Kevin McMahon are both sidelined for Carbery Rangers as they get their SFC campaign underway against 2014 PIFC champions Valley Rovers on bank holiday Monday evening in Ballinascarthy, at 6.45pm.

While last year’s defeated county finalists knew that the experienced McMahon is set for an extended spell, possibly until August, after ‘badly breaking’ his hand, O’Rourke’s shoulder injury suffered while playing for Cork in the league final loss to Dublin is a big blow.

‘Kevin is out with a broken hand. He already had an injury in the same hand a few years back and he broke it badly this time. It could be August before he’s back. It’s a big blow, he’s obviously one of our best players and he’s a hard man to replace,’ O’Sullivan admitted.

While O’Rourke and McMahon are out, the addition of Tipperary senior Robbie Kiely is a major coup for Ross as they look to bounce back from last year’s county final defeat to Ballincollig. So close, yet so far to their first Cork SFC title, Ross haven’t sulked; instead, they took a longer than usual winter break, let the bodies and minds recover, and now they’re back, and eager, at the starting blocks.

Their Kelleher Shield form has been patchy – three wins in six games; two of those, however, coming in the last few weeks – but they need to hit the ground running against Valleys on Monday, insists O’Sullivan.

‘The appetite is good but preparation has been disjointed with Cork getting to the national league final. We haven’t had John Hayes and John O’Rourke (now injured). When the Cork U21s were on their run we were without Thomas O’Rourke. Cathal O’Rourke is involved with the Cork minors. It means that we haven’t had all our players for training,’ the Ross trainer said, wary of what lies ahead of his team in this first-round tie.

‘Valleys will present a big challenge. They won the premier intermediate last year, and we know what it feels like to win the intermediate and the lift it gives a club – it brings a fierce momentum when you step up to senior.

‘It’s a challenge now for Valleys as they are pitting themselves against senior clubs but that’s what they have wanted. They’ll be eager to show that they deserve their place in the senior championship. We have to be very wary of that. They are going to be very hungry and are going to be very difficult to get over.’

Just because Carbery Rangers contested last year’s county final doesn’t translate into a guaranteed run again this season. They are back to square one again, like all the contenders for Ballincollig’s crown are.

‘It’s going to be a big challenge for us to come back again this year but other big teams around the county are involved at the final stages year in and year out so we need to make sure that we give ourselves every chance when it moves towards the business end,’ O’Sullivan said.

‘We’d be hoping that the experience we gained last year will help fellas this season and that coming so close last year will give fellas the appetite to get back to another county final. They have got a taste of what it’s like and hopefully that will drive them on.’