DESPITE their All-Ireland senior football final loss to Dublin, there is much to be positive about Cork ladies football in the coming years.

Naturally, there was huge disappointment at the outcome of last Sunday’s decider in which Cork were unable to close the gap to the four-in-a-row winning champions.

Like their male counterparts, Dublin remain ahead of the country in terms of physicality and conditioning. Add in the combined scoring abilities of Carla Rowe, Sinéad Aherne, Noelle Healy and Nicole Owens, and Mick Bohan’s set-up will be the benchmark for all other LGFA inter-county teams for some time to come.

But all is not lost.

One look at the extended Cork panel for last weekend’s All-Ireland final shows the current senior squad is capable of bouncing back in 2021. Whatever the disappointment at last Sunday’s result, it should not detract from the Kerry, Cavan and Galway victories that led to Cork’s All-Ireland final qualification.

At least two players competed for each position on the starting 15 throughout the season. That is something manager Ephie Fitzgerald was keen to introduce and as a result, competition for places was intense. Having attended a couple of Cork’s training sessions, the sheer ferocity of their training games meant every player’s jersey was up for grabs. Even the most experienced of campaigners had to earn the right to start championship games.

That straightforward approach brought the best out of the Cork footballers and provided necessary preparation in the absence of inter-county challenge games. The depth of their squad will stand to Cork in 2021 and beyond.

Macroom’s Erika O’Shea (aged 18) was Cork’s breakout star of 2020. The young wing-back, fresh out of the minor ranks, stepped in for the injured Laura O’Mahony and can be proud of her efforts. A reorganised full-back line of Eimear Meaney, Róisín Phelan and Shauna Kelly improved as the season progressed. Dohenys’ Melissa Duggan reaffirmed her credentials as one of the best defenders in the country.

Cork’s current goalkeeper Martina O’Brien and back division will be back next year as will their midfield and an attack that boasts the scoring prowess of Saoirse Noonan, Orla Finn, Áine Terry O’Sullivan and Doireann O’Sullivan. Cork’s All-Ireland final starting forward-line will be all the better for their 2020 experiences.

A scan of Ephie Fitzgerald’s championship substitutes bench shows the next generation of players have the quality to make the step up. Beara’s Clare O’Shea (aged 20), Kinsale’s Sadhbh O’Leary (21), St Colum’s Libby Coppinger (24), Éire Óg’s Laura (22) and Emma Cleary (20) plus Meabh Cahalane (24) are desperate to make their mark while Kilmacud Crokes’ Niamh Cotter (24) has plenty left in the tank.

Consider also, the likes of Fiona Keating, Laura O’Mahony (injured), Sarah Hayes and Marie Ambrose didn’t even make the All-Ireland final match-day squad. Those individuals would walk on to any other inter-county team in the country. It is also worth remembering that Eimear Scally and Emma Spillane could possibly return to the senior fold, further strengthening Cork’s artillery of weapons in the coming years. 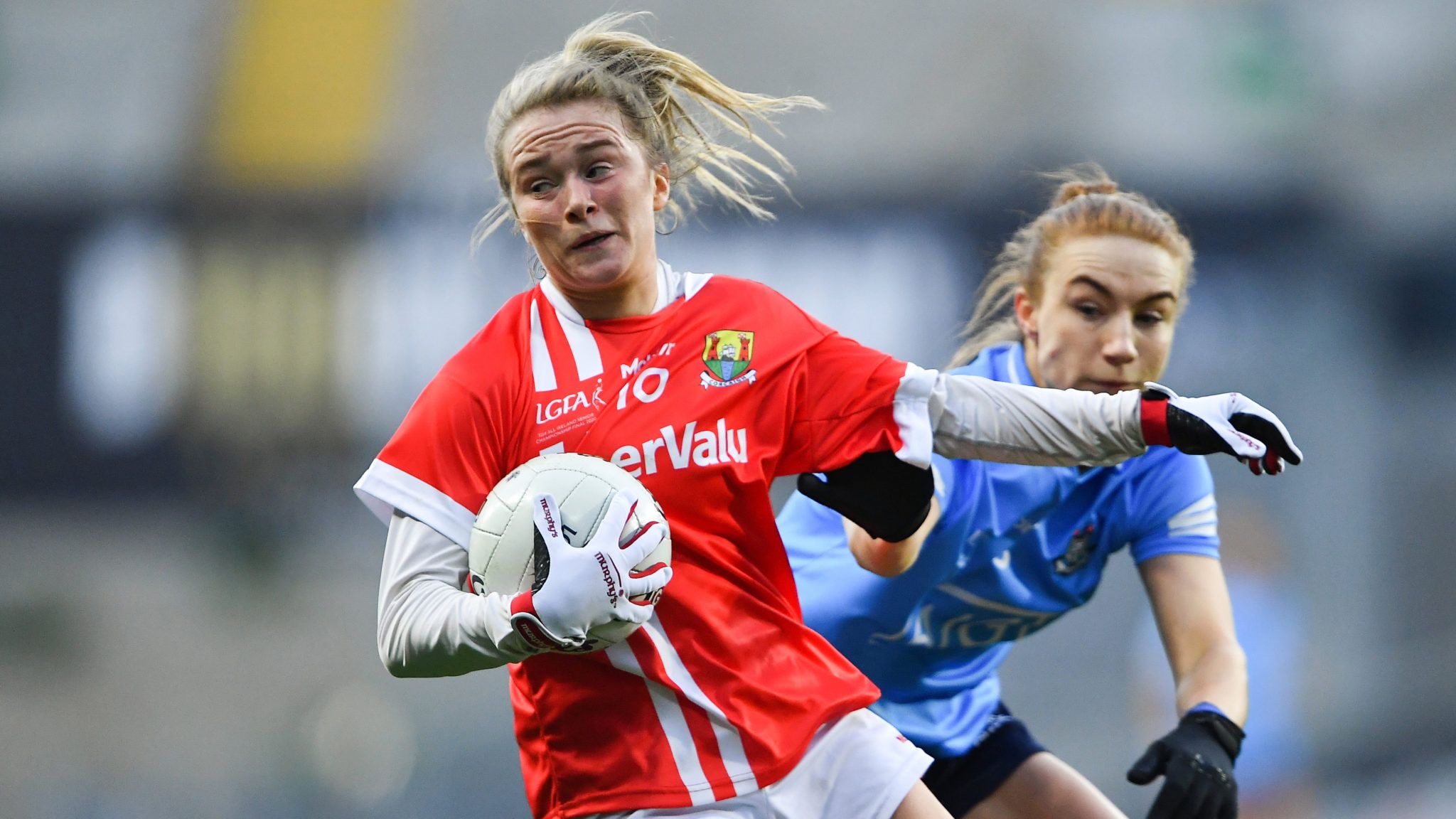 So there is little doubt that Cork ladies football’s immediate and long-term future is in a healthy state. From senior to U14, the building blocks are already in place to produce the next generation of Martina O’Briens, Orla Finns and Doireann O’Sullivans.

Results and performances at U14 and U16 inter-county level have steadily improved over the past number of years including the likes of Dominic Gallagher and Peter O’Leary’s (both senior management backroom team members) involvement at the U14 grade. Lisa Walsh has built on that success with Cork’s current crop of U14s. Denis Mulvihill and his management team’s work at U16 has helped foster a high-performance culture to better prepare players before making the jump to minor.

The huge number of girls attending Cork’s annual underage inter-county trials runs into the hundreds. Similar numbers of players are getting involved with the highly popular summer training development programmes across the county.

Things were far from perfect for the LGFA during the most unusual of years as highlighted by the change of venue debacle for Cork and Galway’s All-Ireland senior semi-final. Yet, the LGFA arranged the broadcasting of every one of their inter-county championship games (bar the previously mentioned semi-final), online or via television, and that is something that should be lauded.

Despite no supporters allowed inside stadiums, a generation of young footballers plus a horde of new ladies football supporters were able to watch Cork’s path to this year’s All-Ireland decider from the comfort of their homes. The effect of seeing Cork’s players in full flow and winning at the highest level cannot be underestimated, especially by the youngest of the county’s fans.

Most of those club finals were transmitted online as were many of the championship games leading up to the various deciders. The quality of football on display coupled with improved live streaming services means ladies football has never been more accessible or popular in Cork. Over 10,000 people regularly engaging with the Cork LGFA’s social media Twitter, Instagram and Facebook accounts reaffirms this point.

So, at the conclusion of the most unusual of years, Cork LGFA is in a healthy state and ready to kick on once again in 2021. Yes, Dublin remain the best senior team in the country but there were stretches of last Sunday’s All-Ireland final where Cork failed to take enough of their scoring opportunities despite getting in behind the champions’ defensive lines. Dublin may still be the benchmark but Ephie Fitzgerald’s side have narrowed the gap.

Make no mistake, backed by a growing army of supporters plus solid club and underage foundations, Cork will be back.