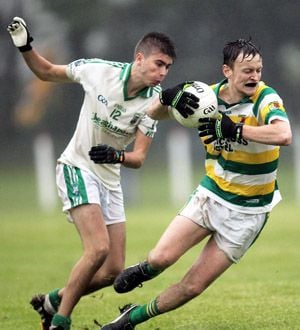 WEST Cork rivals Carbery Rangers and Ilen Rovers met in the Cork county senior football championship in Skibbereen on a damp Saturday evening in O’Donovan Rossa Park, Skibbereen, with the Rosscarbery side emerging victorious in convincing style by 4-10 to 1-4.

On Sunday afternoon, Skibbereen club side O’Donovan Rossa got the better of divisional team Beara, beating them comprehensively by 2-11 to 0-7 at Wolfe Tone Park in Bantry. Meanwhile, a SFC clash between two neighbouring city rivals ended in a draw: Nemo Rangers 0-13, Douglas 1-10.

In the premier intermediate football championship, Mid Cork side Béal Átha’n Ghaorthaidh ended Bantry Blues’ campaign for this year with a 3-8 to 1-10 victory. The game on Saturday also doubled as a Division 2 football league fixture.

Full reports and analysis of these GAA matches and all the other local sporting action, plus previews of next weekend’s fixtures, will be carried in this week’s Southern Star – in the shops on Thursday morning, August 13th.