These are great times for the Ballinacarriga GAA club following on from their footballers’ incredible success last season – and their achievements will be recognised with the coveted West Cork Sports Star Team of the Year Award.

Randal Óg’s double heroes, who won two county junior B football titles last season, will accept the 2021 Team of the Year Award on the night.

Last season the Carbery club’s footballers enjoyed tremendous success. They won the 2021 Carbery Junior B Football Championship by defeating Goleen in the divisional decider, 0-11 to 0-4. They then went on to win the Bon Secours Junior B county football title when they defeated their Carbery rivals Goleen, again, winning 2-10 to 1-6 in the county decider at Páirc Uí Rinn in mid-November. This was an historic success as it was Randal Óg’s first county football title. Just before Christmas Randal Óg completed the double when they added the Bon Secours Junior B football divisional title to their growing collection after beating Dripsey, 1-11 to 0-13, in the final at Páirc Uí Rinn. That completed a terrific Cork double for rampant Randals.

Randal Óg footballers will now campaign in the Junior A grade in 2022 and at the recent Carbery JAFC championship draws they were drawn in Group 4 along with Carbery Rangers, Newcestown and Muintir Bhaire.

‘What struck me from the very start was the fantastic community spirit here in Ballinacarriga. The spirit is amazing. Look at the community centre at the pitch, that was a wonderful community effort. The people involved scoured the county selling tickets,’ O’Donnell said.

‘When we were looking for a government grant to build the centre, we went to Dublin and Ger Collins persuaded the Minister with a passionate speech. The same Ger, when we nearly had no U21 team a few short years ago, knocked on every door in the area until he got 15 players to line out. That is the spirit behind Randal Óg.’

The adventure is not over yet as the club’s top football team is through to the Munster junior B football final after recent wins over Clare champions Parteen and Kerry kingpins Moyvane. Randals will take on Limerick champs Ballingarry in the provincial decider on March 26th in Knockaderry, Limerick. 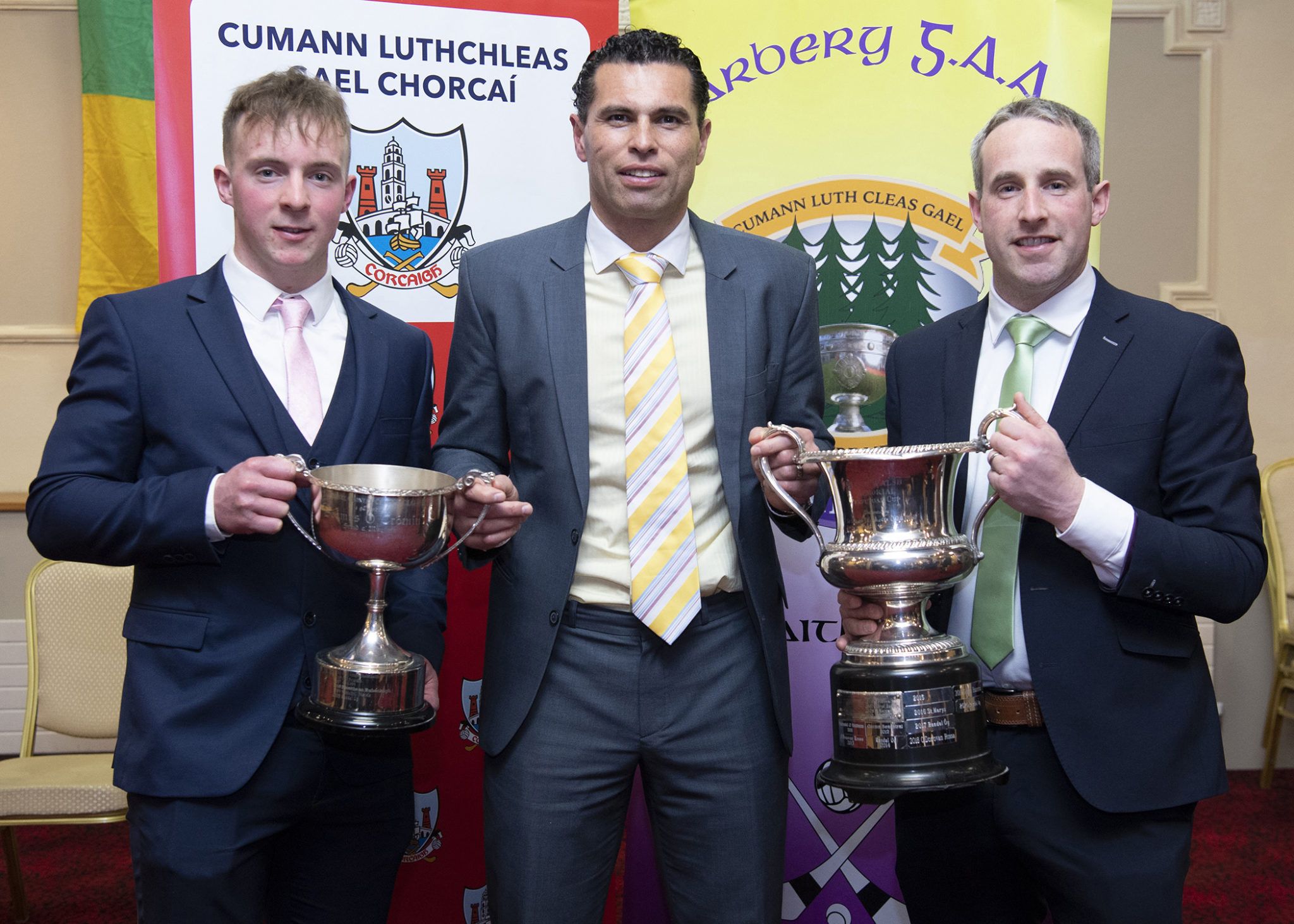 The West Cork Sports Star Awards – a joint effort from the Celtic Ross Hotel, The Southern Star and C103 – have been going strong since 1998 and are recognised as one of the most prestigious sports awards in the country.