BÓL Chumann’s presentation night at the Celtic Ross Hotel on Saturday was an enjoyable end-of-year celebration of a busy championship season that had its full schedule back for the first time in three years.

Mayor Collins congratulated Ból Chumann on its work in preserving and promoting the sport in the modern age, spoke humorously on his own attempts at road bowling and wished the Association well in the future. Cllr Carroll spoke of his long affinity with the sport and stated Ból Chumann needs cooperation from all sectors to ensure its continued success. Pat McCarthy, PRO then introduced the 2022 award winners.

Forty-four championship finalists were acknowledged for their achievements and while not all made it to Rosscarbery, a sizable percentage did with many travelling long distances. All receive a framed photographic compilation in honour of their championship successes. 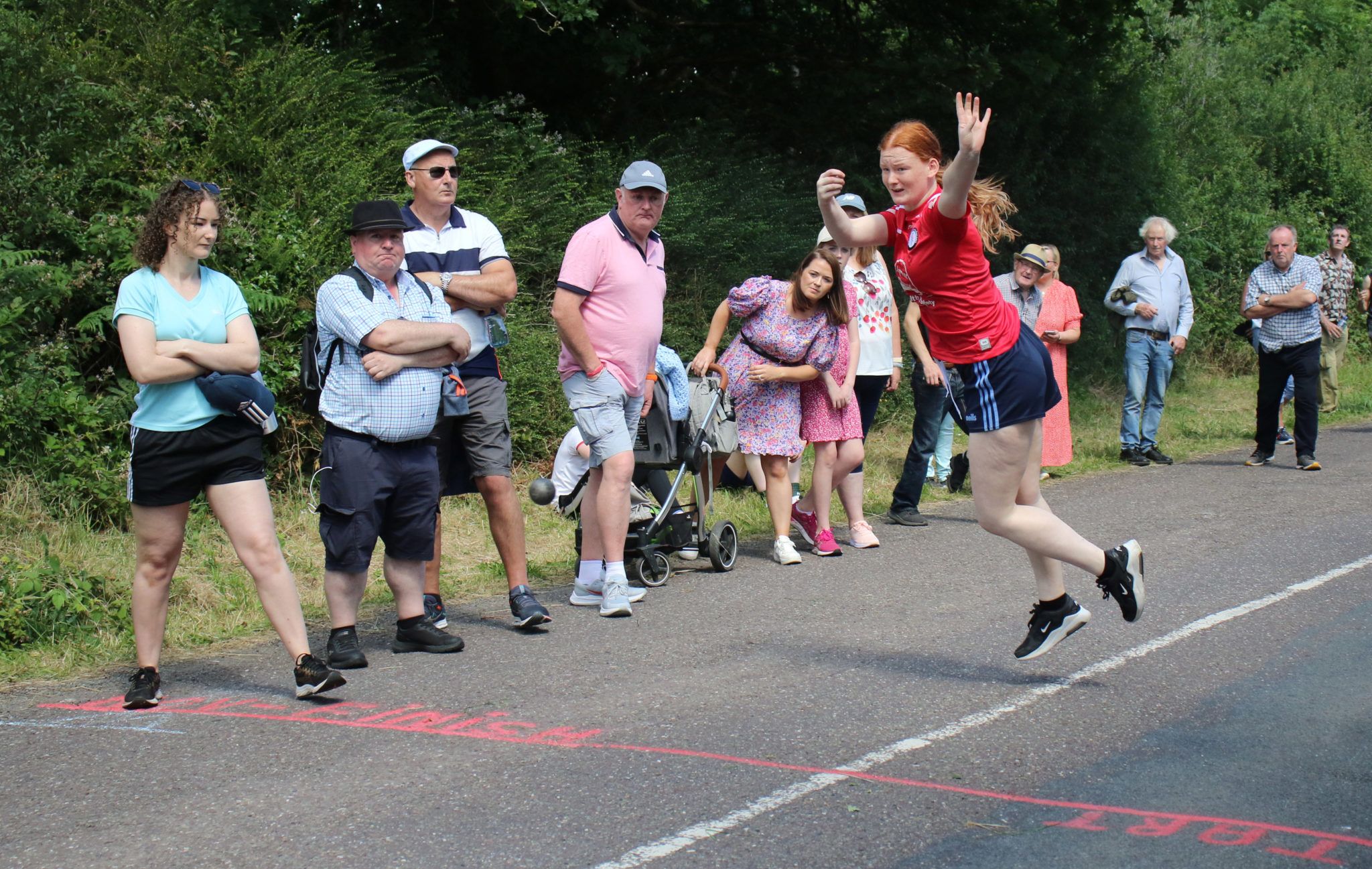 Rachel Kingston in action in her All-Ireland U18 final win at Ballincurrig.

A highlight of the night was the presentation of four special awards. Ból Chumann’s Hall of Fame is bestowed on individuals who have been nominated for their exceptional contributions over a long period of time. This year’s recipient is former chairperson Susan Greene. Ms Greene was unavoidably absent from the presentation night due a prior commitment.

‘The bowling game’s governing body, Ból Chumann na hEireann, has been fortunate to have at its helm through its almost 70 years of existence people who have inspired and motivated, instilled confidence and in many ways galvanised its membership. Our latest Hall of Fame inductee had all the attributes. Nineteen years in the hot seat is a serious statement of commitment,’ Michael Brennan’s citation read.

She was a communicator, communicating with honesty and integrity and with the singular goal of ensuring the best for the sport of bowling. In bringing our game into the 21st century, into the technical age, and in ensuring it remains a viable entity among the multitude of sporting outlets now available to our youth, our award winner has left an indelible mark through her years of service’.

The Personality of the Year Award went to Mick Hurley, Conna, and East Cork for his sterling work with Ballincurrig Bowling Club, current All-Ireland hosts and long time King and Queen of the Road organisers.

‘Mick is at the coal face in all things bowling when events take place at Ballincurrig. He leads a team of men and women to ensure all necessary precautions are in place before a shot is thrown. An administrator of high calibre, he is also chairman of the East Cork division,’ Michael Brennan said.

The Male Player of the Year Award went to Seamus Sexton for his magnificent achievement in winning the gold medal at the European Championships in June and for a superb run in the senior championship.

Dunmanway’s Rachel Kingston was the Female Player of the Year award recipient. Another who excelled at the European Championships winning gold in U18, Rachel followed up with county and All-Ireland honours in her grade.

‘A West Cork title in any grade is not easily won, her county campaign to victory in Lyre involved many tough battles and then there was that memorable comeback victory against Armagh highly-rated champion, Caoimhe Rafferty, in the sun-soaked All-Ireland final at Ballincurrig,’ read her citation.