Award winner Tadhg O'Sullivan, centre, with his parents, Michael and Liz, and Courcey Rovers' Sean O'Callaghan and Declan Walsh at the award presentation at the Celtic Ross Hotel in Rosscarbery. (Photo: George Maguire)

TADHG O’Sullivan is a man well used to raising trophies and he was it again in the Celtic Ross Hotel in Rosscarbery recently.

Last season, the Courcey Rovers captain led his team to Cork Premier IHC title success and he lifted the county cup after their triumph at Páirc Uí Chaoimh. That success was recognised when O’Sullivan was presented with a Celtic Ross Hotel West Cork Sports Star monthly award, which he accepted on behalf of his teammates following a stellar year. Again, lifting the award was second nature to the Courceys man.

Even though the campaign ultimately didn’t end the way Courceys hoped, it was a memorable campaign. After conquering Cork, Courceys ventured into Munster where they were beaten, 0-24 to 0-21, in the provincial final by Kerry champions Kilmoyley after extra time.

Surrounded by friends, family and Courcey club members at the award presentation in Rosscarbery, O’Sullivan acknowledged, although that Munster final loss still stung, Rovers’ year was a positive one.

‘I am delighted to accept this award because it is a team award as much as anything else,’ O’Sullivan told The Southern Star.

‘That’s one of the most important things about this Courcey Rovers panel. There are no superstars or individuals, it is and always has been a team effort. Look, we are delighted to go up senior. We felt at the beginning of last year that we were probably one of the best teams in the Premier Intermediate grade. It was a case of having to go out and prove that and we did.

‘Winning the county title was the most important thing to everyone inside Courcey Rovers’ dressing room. Going up senior is another important step and another test for us now.’

Courcey Rovers couldn’t have asked for a much tougher assignment than the one handed to the Ballinspittle/Ballinadee club at the county board’s recent draws in Páirc Uí Chaoimh. Fr O’Neill’s, Blarney and Killeagh will be Courcey’s opponents in Group B of the 2022 senior A hurling championship. 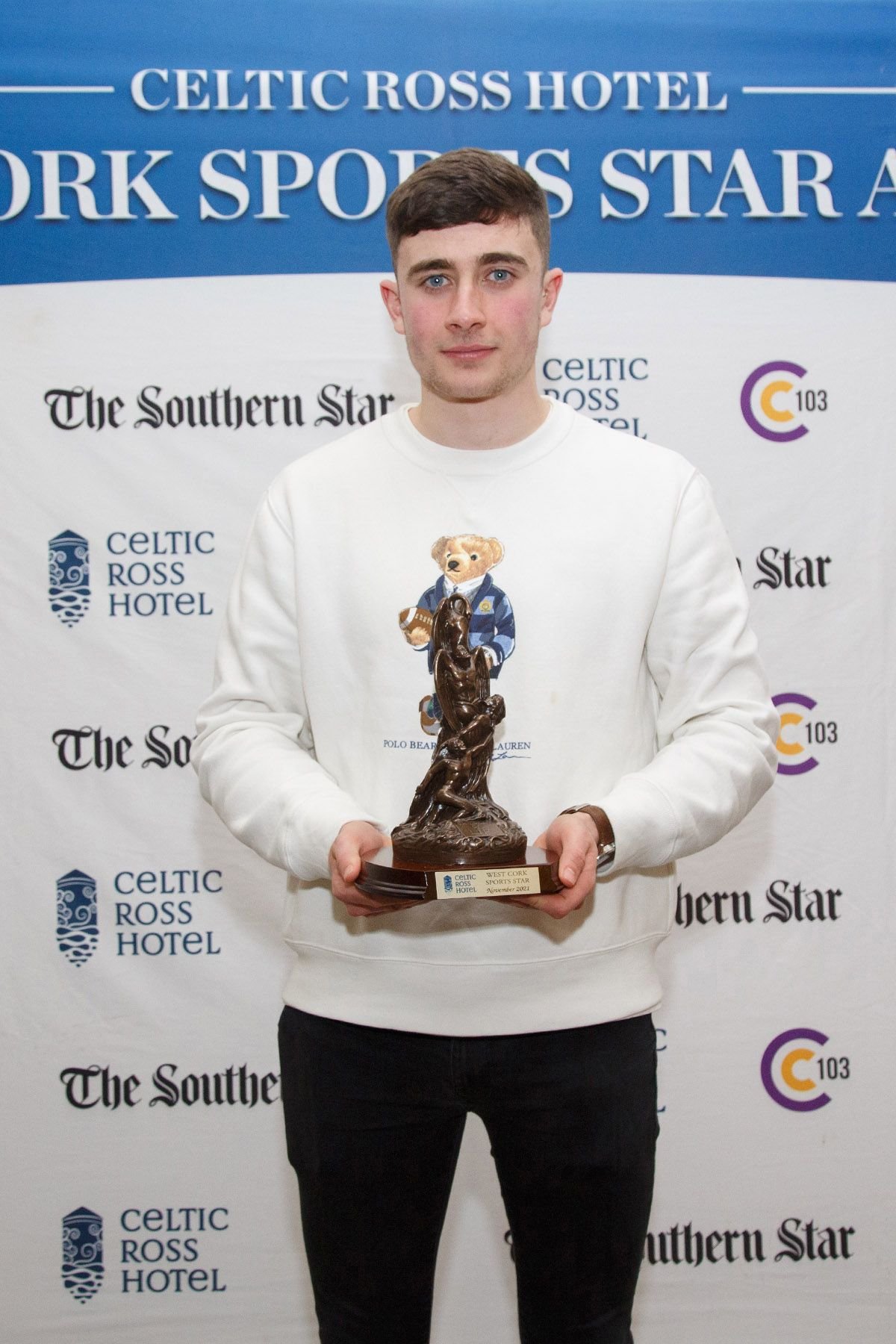 Fr O’Neill’s lost out to Kanturk in last year’s Senior A HC county final, Blarney reached the quarter-finals only to fall to Bride Rovers while Killeagh were unlucky not to emerge from their group despite beating Cloyne and drawing with Newcestown.

‘It is a very tough draw for us but, at the same time, Fr O’Neill’s, Blarney and Killeagh are teams we have faced a few times over the last few years,’ O’Sullivan said.

‘We are under no illusions as to the challenge that lies ahead but we believe we are a decent team ourselves too. We will find out fairly quickly anyway! We have played the teams we have been drawn against in the county leagues a good few times over the last few years. There is no doubt that this year will be a big challenge for us whichever way you look at it.’

Encouragingly, the Courcey Rovers panel’s age-profile is still quite young, most players are in their early to mid-20s, and that is a bonus. The majority of the squad are reaching their peak in terms of club hurling and ahead of competing in always physically demanding senior A grade.

‘I’m actually one of the older fellas on the team and I’m only 24!’ O’Sullivan laughed.

‘Stephen Nyhan in goal, who is the anchor of our team in fairness to him, I won’t give away when he was born, is one of the players who brings up the team’s average age.

‘Having said that, one of the best things about this Courcey Rovers team is that we are going up senior at the right time. I think it is a good time for us to move up a grade and because of that, we could end up having a right go off the senior A over the next couple of years.’