EMILY Hegarty is in a weird and wonderful bubble right now. Life is good; she has an Olympic bronze medal. But life right now is moving at a slower pace than she has been used to; she’s taking a short break from rowing.

‘As much as I am enjoying the downtime I am missing the routine, to be honest,’ she says.

‘It’s definitely a big change waking up in the morning and having nothing to do. It’s almost a bit deflating at times because you feel like you are wasting the day away.

‘Don’t get me wrong, I am enjoying the downtime because it has been so full-on for so long but you would miss training as well. I will be excited to get back to it, as hard as it can be.’

Last week, on the eve of a well-deserved holiday, Hegarty was presented with a Celtic Ross Hotel West Cork Sports Star of the Month Award for July in recognition of the Skibbereen rower’s role in the Olympic bronze medal success of the Irish women’s four at the Games in Tokyo. It’s the first-ever Olympic medal for Irish women’s rowing. A moment of history. 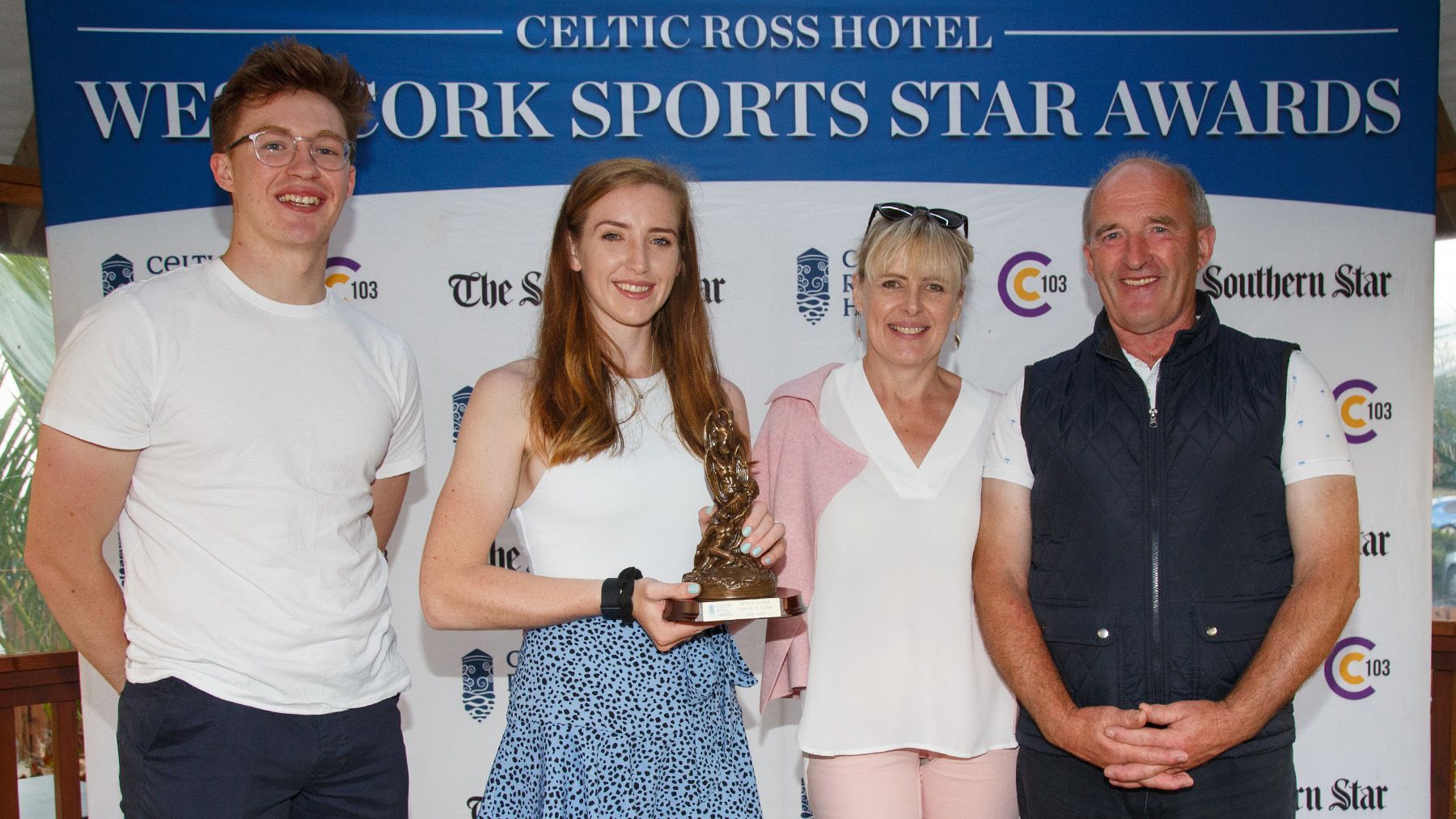 The 23-year-old also needs to make more room in her trophy cabinet; this is her second monthly award of the year after her May accolade when she qualified for the Olympics.

A gathering of family and members of Skibbereen Rowing Club outdoors at the Celtic Ross Hotel, this was a chance to stop, pause and reflect on Hegarty’s incredible year. In early May the Irish women’s four hadn’t qualified for the Games, yet now she is the first West Cork woman to ever win an Olympic medal.

‘It’s been a whirlwind year,’ she says.

‘I think it’s when we get back to winter training and things start getting really hard for us, then what we achieved in Tokyo will be a motivating factor, just how special this summer was. We will hope to recapture that feeling again in a few years’ time.

‘The experience I had this summer will be the biggest motivating factor I could ask for. I’m excited for the future. Hopefully there is more to come, I think there is. I will put myself in a position to get to the Olympics in Paris (2024) and hopefully it will all go to plan, like it did this year.’

Hegarty will return to training later this month and she will also return to college life too; she’s a Biological Sciences student at UCC. The plan is to tackle third year head on and do it full-time.

‘I’d like to think I can balance my time better now. I know myself better as an athlete, what works for me and what doesn’t,’ she explains.

Life will get busier for Hegarty in the next few weeks and she’ll embrace hopping back on the roller-coaster again, full of ups and downs but an organised chaos and structure she enjoys.