The new champions defeated neighbours Ballymartle 3-17 to 0-12 in the final played in brilliant sunshine at Minane Bridge recently.

Ballygarvan’s Sean Brady opened the scoring with additional points coming from Cormac Dowd (2) and Niall Dowd. Ballymartle responded with scores from Donnacha Desmond and a brace from Luke O’Callaghan as Ballygarvan headed into the first water break one point ahead, 0-4 to 0-3.

It was tit for tat after the break, Ballygarvan stretching their lead to two before Ballymartle pulled back to level. The teams were level three times before Ballygarvan’s Stephen Fenton pointed just before the break to leave his team one point ahead, 0-8 to 0-7, at half time.

The sides were level twice again by the 35th minute, but the introduction of Piaras O’Halloran proved to be pivotal for Ballygarvan. He rattled the back of the net in the 40th minute after storming through the centre to leave four points between the sides as the gap was beginning to widen. 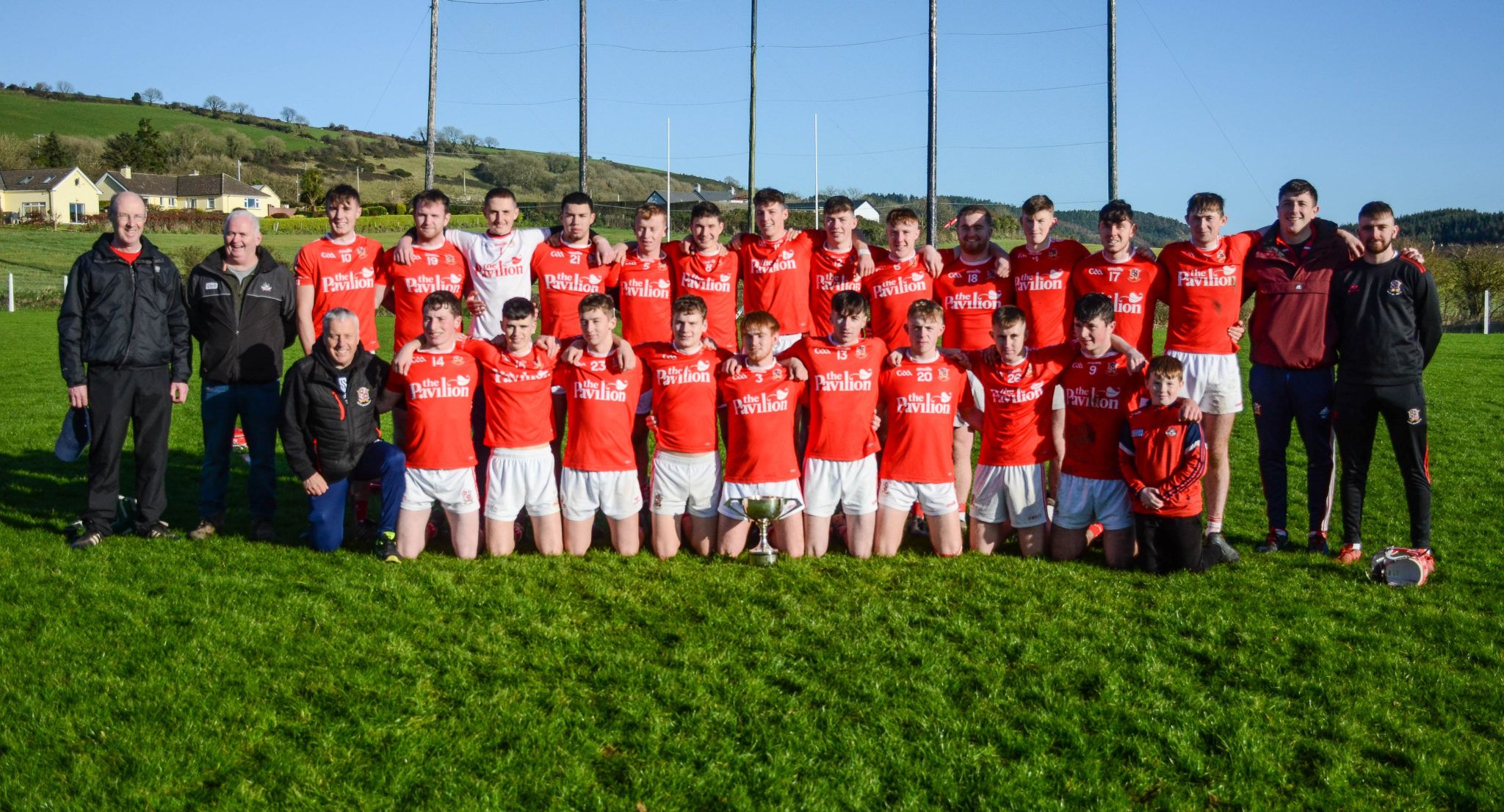 Ballygarvan extended their lead to five by the second water break, but in the 46th minute that had widened to eight when O’Halloran scored his second goal from close range. He added a third to his name three minutes later as Ballygarvan now had a comfortable 11-point advantage.

Ballymartle only managed just one point in the final 15 minutes as they were shell-shocked by the quick goals and successive points; Ballygarvan outscored them 3-9 to 0-5 in the second half.

Ballymartle did have chances in the closing stages to bridge the gap, only for goalkeeper Daniel Mackey to keep out Luke O’Callaghan’s and Jason Murphy’s attempts from close range.