BRIAN O’Driscoll feels he has unfinished business with the Cork senior footballers.

The 27-year-old has not been involved with the Rebels since he was let go from the panel after the 2018 season – Ronan McCarthy’s first year in charge – but he still holds ambitions of lining out with Cork again. He is putting his hand up for selection.

O’Driscoll recently captained his club, Tadhg MacCarthaigh, to its first Carbery Junior A football title since 2012. He played a leading role in that success. Man of the match in the semi-final, he was one of the heroes in the final against St Mary’s, and he feels he’s reaping the rewards from an injury-free campaign.

‘I managed to get myself in fairly decent form, managed to say away from any major muscular injuries and any year like that you will enjoy, given the background that I have had injury-wise and playing-wise,’ O’Driscoll told The Star Sport Podcast.

Even though he wasn’t involved in the Cork panel for the past three seasons, O’Driscoll wants to get back in. He’s 27 now and feels he is older, wiser and more mature than the previous version Cork fans saw in county colours.

‘Every player playing club football in Cork has ambitions of getting onto the county team and representing their county at the top level – and I definitely have a burning desire inside me to get myself back to the top table,’ O’Driscoll said.

‘When you are playing your club championship games, that is not something that you are focussing on. You are trying to get yourself as fit as you can and as strong as you can and to play to the best of your ability, but in the back of my mind over the last couple of years, it’s never gone away, the fact that I want to get back into the Cork jersey again.

‘Hopefully over the coming months and years it’s an opportunity that might come my way again.’

This is a footballer who Billy Morgan, speaking to the Star in 2017 said ‘he can be among the best in the country’ – but O’Driscoll never hit the heights he was touted to during his five season senior inter-county career (2014 to 2018). He was also a four-year Cork U21 (2012-15) and a two-year Cork minor before that, and he captained his county at both levels.

O’Driscoll’s senior inter-county career is a mixed bag, not helped by shoulder and hamstring injuries that blighted his time on the Cork panel – but he admits, too, that he didn’t help himself either. The Caheragh man has regrets. He knows he made mistakes that impacted his form and that ultimately led to him being dropped from the Cork panel after Ronan McCarthy’s first season at the helm.

‘It’s a real learning curve, even in terms of your life and your GAA career. When you come through at a young age you might think that things come easy and it will be there every year,’ O’Driscoll said.

‘I have regrets in terms of I might not always have prepared myself as well as I could have and that probably represented itself at times in my performances and in terms of injuries. Again, these are all things that you can learn from.

‘You cross paths with difference coaches and different people that you might learn off over the years. You definitely mature as a person and a player. You definitely learn how to apply yourself that little bit better. You learn what you should and shouldn’t do.

‘It’s a major learning curve, but having experienced what I have experienced and I am still only 27, I’d like to think that there are a couple of years where I could get back to the top level and I am young enough to do it. There is definitely a desire there to push on a little bit further.’ 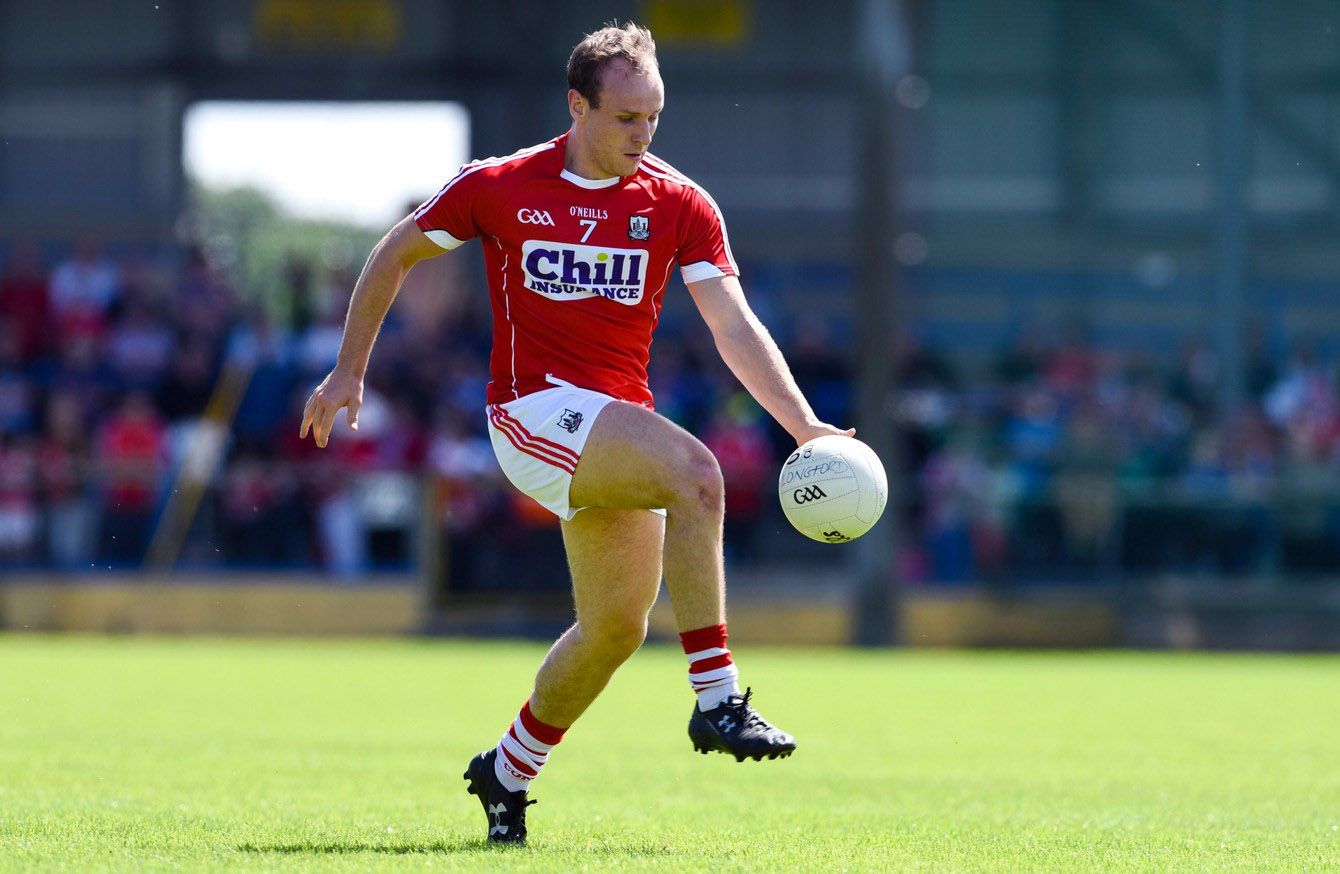 Brian O'Driscoll was previously on the Cork senior panel from 2014 to 2018.

On his form for Tadhg MacCarthaigh in their run to Carbery JAFC glory, he added: ‘I definitely enjoyed the year as a whole. Any year when you find a little bit of form and you manage to keep yourself relatively injury-free, it’s a positive thing. It’s not something you get every year as a player but it’s a case of the more you put into it as a player and an individual, the more potential you can get out of it at the other end.’

New Cork football manager Keith Ricken will have one eye on O’Driscoll, given the potential force he could be, but knowing too that the Caheragh man needs to commit 100 percent and not make the same mistakes he made in the past. Having turned 27 in April, it feels like O’Driscoll is aware that his window of opportunity to get back with the Rebels is shortening, and he is coming off the back of Caheragh’s Carbery-winning campaign. It’s also the first time a team he captained has won silverware, making it even more memorable.

‘I wouldn’t have imagined as a young fella that I would have to wait until I was 27 years of age to get my hands on a cup as a captain – but it was worth waiting for,’ he said, as Tadhg MacCarthaigh beat St Mary’s in the recent decider under lights in Dunmanway on a Thursday night. The following Sunday, less than three days later, the new Carbery champions were back in action in the county series – but they lost a six-point lead late on to Ballinhassig who won in extra time. The exertions of two championship games in less than three days caught up with Tadhg MacCarthaigh.

‘From a player’s point of view, the amount of time and effort required to get to that stage of the competition is immense. Even the time away from training to get your body physically right to play football,’ he explains.

‘You might feel a little bit let down that you have to play two championship games in the space of two and a half, three days, after taking six or seven months to get to that point. It’s just too much to ask of a club player at this stage of the year.’

O’Driscoll admits losing to Ballinhassig initially took some of the shine off Caheragh’s Carbery triumph, but he knows too that once they reflect on the campaign they’ll be happy with their progress. O’Driscoll will take positives from his season too, the question now is will Keith Ricken look to the west and give O’Driscoll another chance?

The final line from an analysis piece on O’Driscoll, which appeared in the Star in early 2017, is still applicable now, especially if Cork come calling.

His pedigree and potential aren’t being questioned – but potential means nothing if you don’t do anything with it.