JAMES O’Donovan has never not been busy.

A quantity surveyor with MMD, for a period he combined his day-job with the role of a county councillor and in the sporting sphere he has also had a full schedule.

As well as being a key man for Bandon in football and hurling for a decade and a half, winning four county titles, he is also a top road bowler, carrying on the tradition of his grandfather Bernard and father Declan, who was twice All-Ireland champion.

In an interview with the Star in 2020, O’Donovan acknowledged that bowling was a passion but not always one he had been able to indulge.

‘That has been the most difficult thing for me down through the years,’ he said, ‘juggling GAA and bowling. I might be coming towards the end of my playing career in the next couple of years but that will give me more time to devote to bowling.’

That retirement came at the end of 2020 – bar a brief football cameo at the end of the current year’s campaign – as his 34th birthday came into view.

‘I played my first championship game for the footballers in 2004 and then 2005 for the hurlers,’ he says.

‘There were a lot of miles up on the clock and I’ve a young family too, so things got a bit tougher. I said I’d cut ties while I was still ahead rather than fooling myself and picking up injuries and all that kind of craic.’

And then, just when he had the time to devote to bowling, the beginning of 2021 brought another lockdown and forced inactivity.

‘The first score I played was in August, the quarter-final of the championship,’ O’Donovan says.

‘That was the first one I’d had in over a year. I missed it a lot when I wasn’t doing it – it’s like anything, when you’re out of a sport after so long playing, it was strange to not be doing anything.’

However, once he picked up the 28oz again, he felt an improvement.

‘I’d put bowling on the back foot all my life, really. GAA came first through being a team sport and having to be there – with bowling, you could come and go when you wanted.

‘There were enough fellas following me for years who’d be saying, “When are you giving up the GAA to put your mind to it?” and I kept the two going for long enough but when I called a halt to the GAA it was time to put the focus on the bowling.

‘What I noticed this year is that, when the championship was on, I was able to practice bowling during the week.

‘I bowled David Murphy in Dunmanway in the Munster quarter-final and the boys were playing a league match there while I was above practising on the road. I was thinking to myself that I wouldn’t have been able to put in as good preparation for that score if I’d been playing football below.

‘That was the first sign to me that it was a lot easier to put your mind to bowling if you don’t have GAA or anything else on.’ 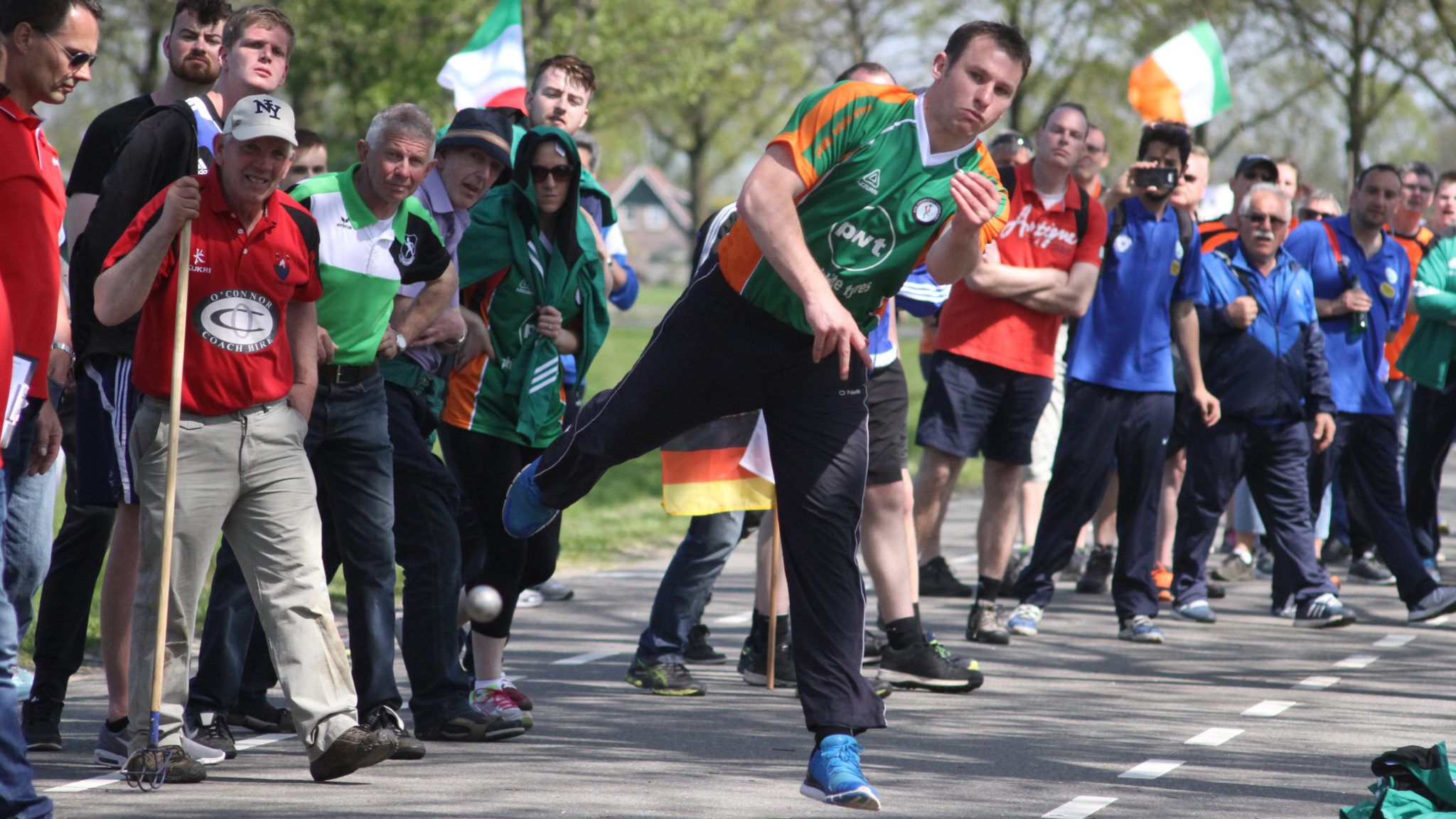 James O'Donovan, in action for Ireland, has emerged as one of the finest bowlers in West Cork.

That Munster campaign was O’Donovan’s big target and he picked up momentum.

‘I bowled David in the quarter-final and then I bowled Aidan [Murphy] the following week,’ he says.

‘If that had been back when I was playing GAA, I’d have been training two nights of that week, which wouldn’t have been good preparation.

‘Instead, I had a bit of a rest and I was able to focus on the road itself – go up there, have a look at it and judge it – and won the semi-final.

‘In the final, I came up against Arthur McDonagh and, on the day, he was just on fire and I couldn’t do anything about it. That’s the game it is, you could bowl to the best of your ability and just meet a fella who’s doing the same thing and you could lose.’

Having been promoted from intermediate to senior for 2010, he reached the final at the first attempt but recent years had seen him fall at the semi-final stage. Now, having made it to the decider again, he’s keen to go a step further.

‘That’s the main aim, to win the championship,’ he says.

‘That’d be the crowning on everything if I could win that, one to tick off the bucket list, but we won’t put all the eggs in the one basket, there are always plenty more tournaments.’

And, with a longer lifespan compared to GAA, he’s looking to enjoy the next stage of his sporting life.

‘I look at Christy Mullins, who was bowling senior up until a few years ago,’ he says.

‘If you kept yourself fit and right, there’s no reason you couldn’t keep going until you are 50, anyway.

‘Next year is the European Championships in Germany. I’ll be heading over to that and that’ll be another aim, to bring home a team medal and, hopefully, an individual medal in one if not two of the events.’