FORMER West Cork schoolboys soccer star John O’Donovan has signed off on his memorable 2022 season with a deserved Celtic Ross Hotel West Cork Youth Sports Star award. The ex-Ardfield AFC player and newly-crowned FAI Schools International Player of the Year was delighted to accept his latest accolade ahead of an important year.

A Cork City FC U19 player for the coming season, O’Donovan was keen to acknowledge the help and support he received at grassroots level. ‘Ardfield is where it all started for me,’ O’Donovan explained.

‘I would have been five or six years old when I started out playing soccer with Ardfield. All the trainers I had including Johnny Lawless, Sean and Hugh O’Reilly, everyone at that club helped build me into the player I am today.

‘Rugby was another sport I was into and played a lot of but I decided to give that up because I loved soccer so much.

‘That was a massively difficult decision, when you are so young, to make that choice and stick with one sport. I knew straight away that soccer was my first love and that I made the right decision.’ 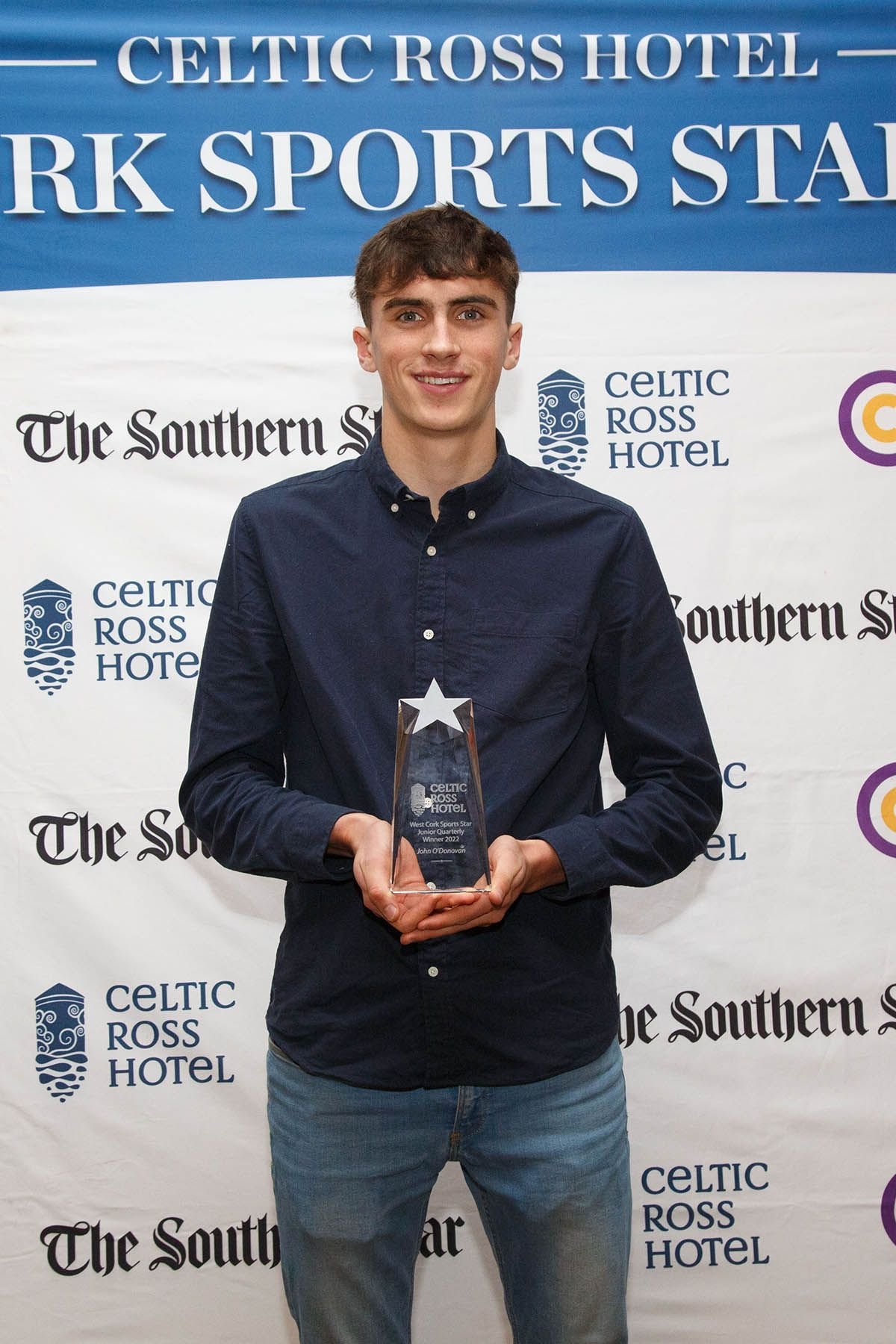 O’Donovan’s ability is matched by a determination to make it to the top of his profession. Moving from the WCSSL to League of Ireland club Cork City’s Academy wasn’t easy. But the former Ardfield player has excelled in a demanding environment and made the transition from attacker to defender before being capped for his country.

‘I am looking forward to the new season with Cork City and can’t wait to get going,’ O’Donovan said.

‘Playing for (Cork) City was a huge step up, to be honest with you. Each year you are coming up against quality players but that has brought the best out of me, I think.

‘Playing at such a high level, week in and week out, as well as training with our academy managers can only improve you as a player, as long as you are willing to put in the work.’

This past year’s Centenary Shield international tournament saw O’Donovan make his Republic of Ireland of Ireland debut, and play every minute of every game against Scotland, England, Wales and Northern Ireland. Off the back of his impressive displays he picked up the prestigious FAI Schools International Player of the Year award.

‘My first trial with Ireland would have been at U15. Representing the Irish schools was another unbelievable experience. Another step up. Again, the experience of playing alongside and against top class players was a huge benefit to me.’

So, as 2022 turns into 2023, O’Donovan has plenty to be thankful for. Receiving a Celtic Ross West Cork Youth Sports Star award was the icing on the cake.

‘This award is special, especially for my parents and all our family,’ O’Donovan added.

‘My parents have had to cover a lot of roads to help me in my career so hopefully, it is starting to pay off. I love calling up to my local primary school and playing a bit of soccer with them whenever I can. Hopefully, I can push on again next year.’