ALMOST 100 runners took to the hilly roads around Allihies in the second race of the annual autumn five-mile series which saw two impressive victories by Nick O’Donoghue and Rosaleen MacKeown.

Known as the Heart of Allihies 5-Mile, the event was organised by Allihies Hall and Sports Committee in conjunction with Beara AC, sponsored once again by Murphy’s SuperValu, Castletownbere.

The two-lap left-handed course took the competitors out towards the coast and down to Ballydonegan Strand and up the steep hill to the village, repeated twice. They travelled from various parts of the country to partake, with clubs from Tipperary, Meath, Waterford and Limerick, along with Cork, represented. 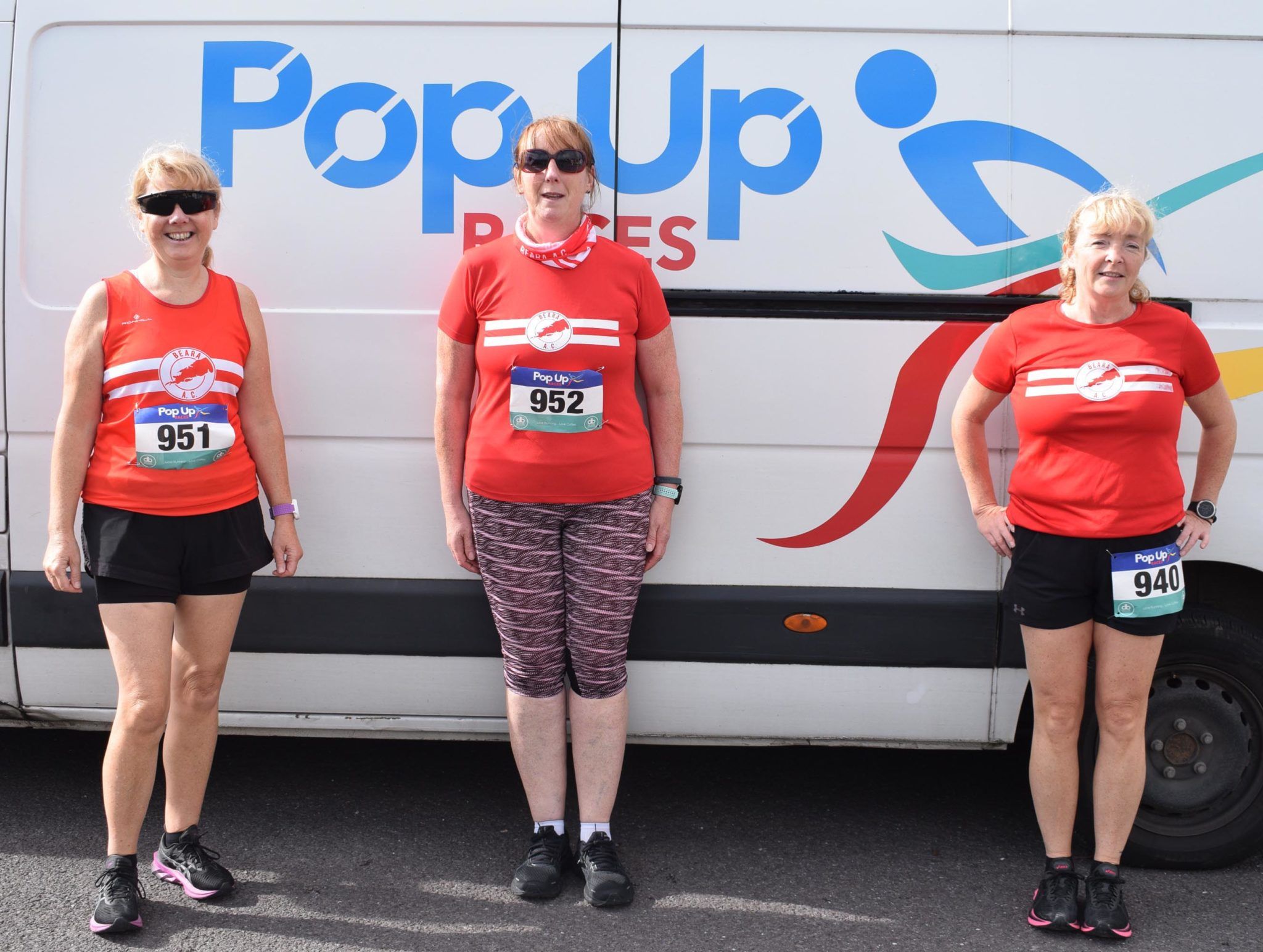 Jacinta Dennison, Claire Elphick and Carol Hurley of the promoting Beara AC pictured at the Heart of Allihies race.

O’Donoghue – a member of the East Cork club from the opposite end of the county – made his intentions clear from the start, going straight into the lead and continued to increase his advantage which at the finish had grown to over three minutes ahead of Michael Dullea of Skibbereen AC. The winning time of 27:55 improved on Gary Scully’s 28:20 from last year, the first time that this course had been used. Willie O’Donoghue from the Mooreabbey Milers club in Tipperary took third spot with fourth place going to the ever-consistent Patrick McCarthy from Drimoleague.

Rosaleen McKeown had finished second 12 months ago behind her sister, Olympian Lizzie Lee, but this time took the honours in a time of 33:32, 48 seconds faster than last year. This gave her a margin of over a minute ahead of Deirdre O’Sullivan of the promoting Beara club with Clare O’Shea not too far behind in third. MacKeown is now the overall women’s leader of the series with Conor Murphy from Kenmare, fifth on the day, first overall of the men ahead of McCarthy, despite the latter finishing one place ahead on the day.