Down to 14 men since the 21st minute, the Rosscarbery side trailed by 0-7 to 0-5 at half-time in Ahamilla and that lead was extended when Newcestown’s Colm Dinneen pointed early in the second half. But,the St John’s men wouldn’t score again until Twomey slotted over at the end, with Ross having drawn level in the interim.

With both sides having lost their opening games in Group B – Newcestown to Castlehaven and Ross to Éire Óg – it was a case of victory being needed to sustain hopes of progression and Newcestown now face Éire Óg in a winner-take-all clash while Ross cannot advance.

Newcestown manager Tom Wilson was far from pleased with the second-half performance but ultimately the result was what mattered.

‘We have always found the fourth week to be hard,’ he said.

‘You’re going four weeks in a row, changing over, changing codes. It’s hard on fellas and we looked it there at times. In fairness, a few fellas were flying but, in general, we weren’t driving on. When they went down to 14 men, we didn’t kick on at all. 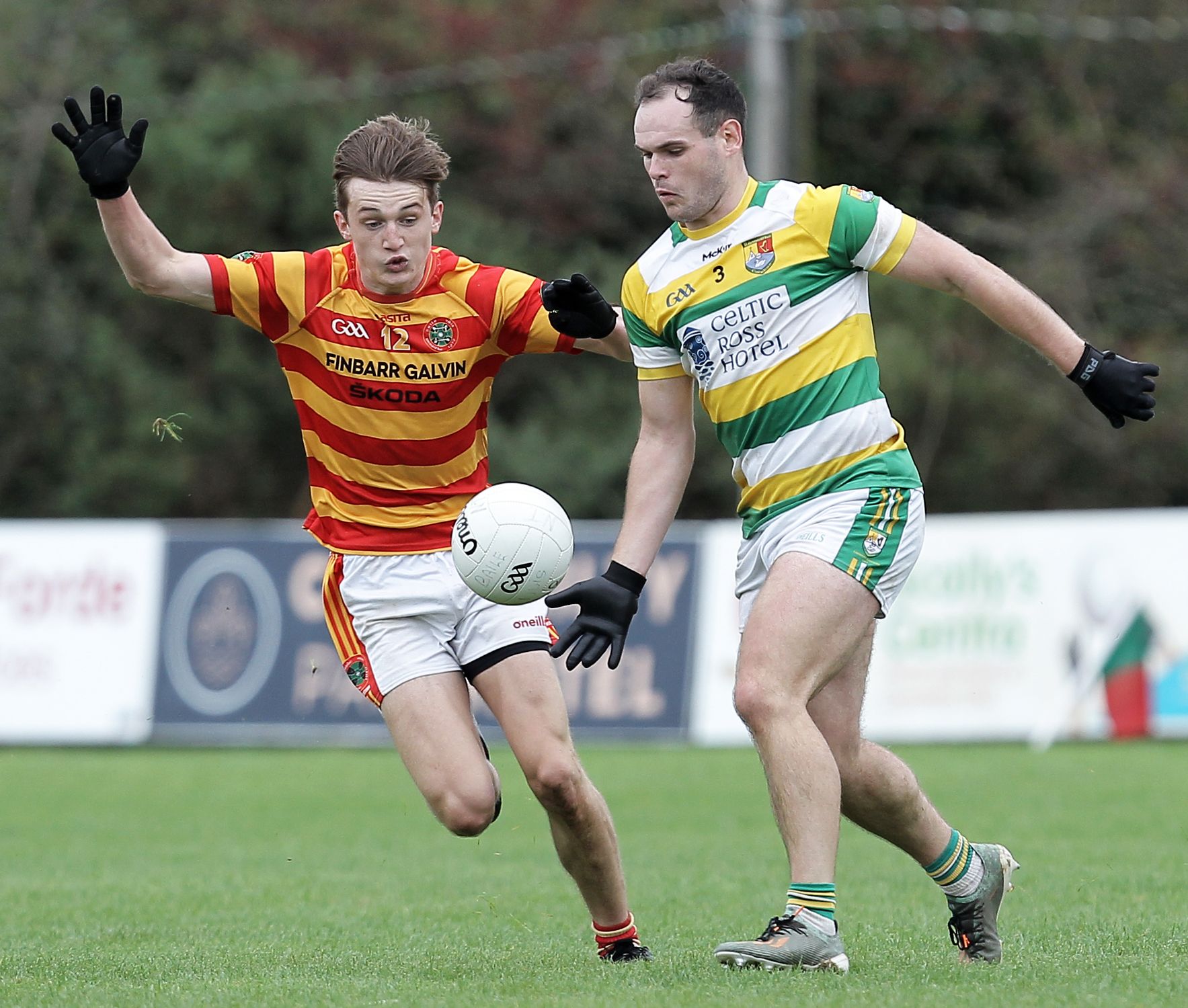 It took Newcestown time to get on top, with John O’Rourke scoring two good points as Ross moved into an early 0-3 to 0-1 lead. Newcestown punished them with points from the teenage O’Sullivan brothers, Richard with a free and Séamus levelling before firing a good goal chance wide just before the water-break.

David Buckley, playing at midfield in the absence of the injured Sean O’Donovan, put Newcestown ahead for the first time when the action resumed and then, as Colm Dinneen sized up a free that would make it 0-5 to 0-3, referee Alan Long was called down to the Newcestown goal by his umpires.

After consultation, he dismissed Seamus Hayes, and Dinneen put Newcestown two in front from the free but Ross responded well as Peadar O’Rourke pointed then goalkeeper Paul Shanahan sent over a 45, just after Jerry O’Riordan’s goal attempt was diverted out.

However, Newcestown settled again, Colm O’Donovan and Micheál McSweeney impressing, as O’Sullivan converted another free and Twomey pointed to leave it 0-7 to 0-5 at half-time, with Dinneen opening up the biggest lead of the game up to then in the 32nd minute.

By and large, though, they couldn’t make full use of the personnel advantage and Ross battled hard, with midfielder Alan Jennings working hard. Two John Hayes frees cut the gap to the minimum and in the 52nd minute O’Rourke scored a fine point to make it 0-8 each.

Ross had the momentum but couldn’t push it home, goalkeeper Shanahan unlucky with a long-range free and O’Rourke shooting narrowly wide. 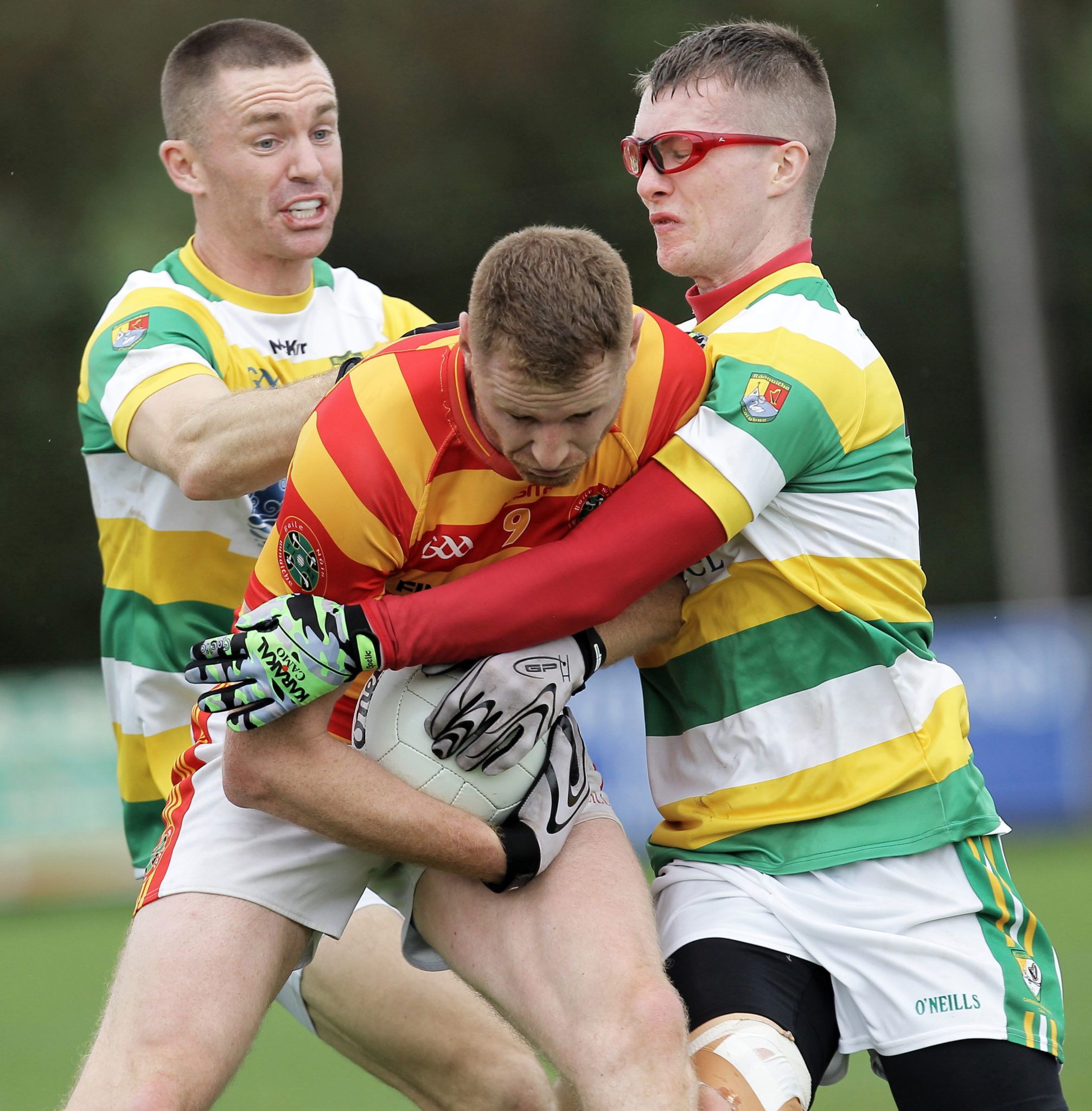 When the need was greatest, Newcestown kept their composure and the ball was worked through the hands of Colm O’Donovan, Luke Meade, McSweeney, Richard O’Sullivan and back to Meade. He fed Twomey, who was never going to miss, and they will meet Éire Óg with the terms of engagement simple. Newcestown will hope to have Seán O’Donovan and Gearóid O’Donovan, forced off early, back for that tie. There were some positives for Wilson to take, but he knows that it’s important to have as close to a full squad as possible.

‘We played some very good football in the first half, down into that wind,’ he said.

‘We were more than happy at half-time, but we never took advantage. At least now there’s no game next week. That week gives you great time to recover.