MY new book, Cork LGFA: Game of My Life, has plenty to offer GAA coaches, players, supporters and fans.

There are a million excuses not to write a book. In contrast, there are only a few necessary reasons to commit pen to paper and give up whatever’s left of your free time in pursuit of completing a large-scale project.

Ask any author, from start to finish, writing a book is a physically and mentally draining experience. You have to want to do it, have a passion for the subject matter and be willing to fully commit to the process.

It has been 13 years since my first book, Off Centre Circle, was published. That semi-autobiographical title was about growing up as an obsessive soccer fan, Clonakilty AFC junior player and terrible substitute in the heart of West Cork. I am forever indebted to the Echo for publishing a title that, to my surprise, was well received and sold very well.

I’m delighted to say, too, that completing Cork LGFA: Game of My Life has been a thoroughly enjoyable experience. My new release is published by Hero Books and part of their Game of My Life genre. Basically, authors interview 25 to 30 former and current players of a particular GAA, LGFA or camogie team. Those individuals recount the games, in their own words, that meant the most to them during their playing careers. 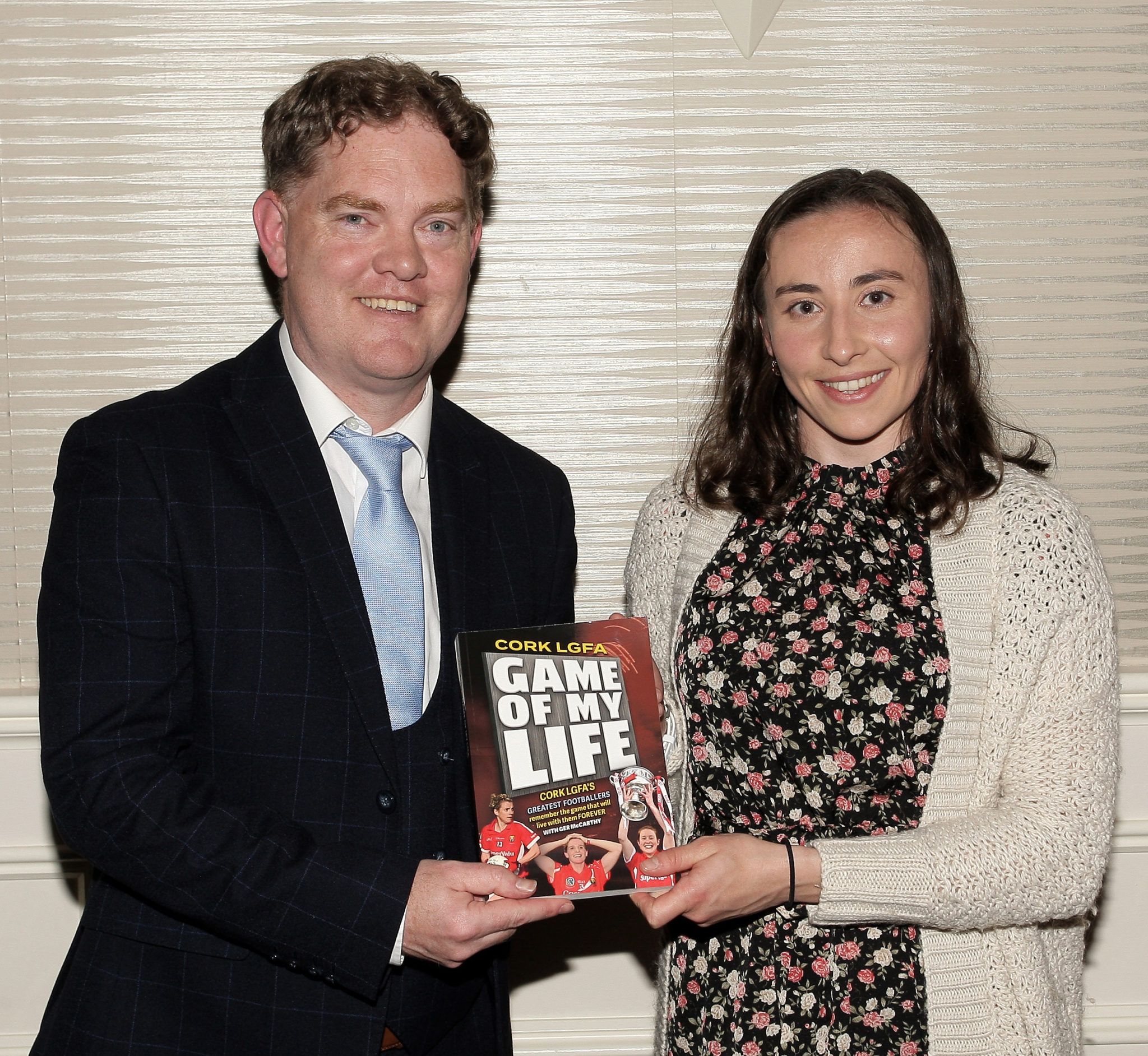 Ger McCarthy with Dohenys and Cork footballer Melissa Duggan at the book launch.

I pitched the idea of a Cork ladies football book to (former Meath senior footballer and best-selling author) Hero Books CEO Liam Hayes. He loved the idea and gave the go ahead. From there, I formulated a list of 70 Cork LGFA players and whittled it down to 25. It is important to note that my new book is not the 25 greatest players to ever play for Cork, far from it. It is 25 Cork footballers who had interesting stories to tell.

Bantry Blues’ Emma Spillane talks about her experiences of playing for John Cleary and an all-conquering Cork underage set-up. Ballinascarthy and Clonakilty’s Martina O’Brien goes into detail about bouncing back after being dropped before an All-Ireland final.

Covid-19 meant I never got to meet one of the players featured in the book face-to-face. Instead, every interview was conducted via Zoom on my laptop or iPad.

To every Cork footballer I had the honour of speaking to, a sincere thanks. There were plenty of laughs and tears during the interview process but the players’ honesty, wit, charm, humour, openness, forthrightness, bloody-mindedness and pure love of football shone through.

I tried my best to capture those traits. Most importantly of all, I hope whoever reads this book gets a glimpse of the person behind the Cork footballer featured in each chapter. The stories behind their years of dedication and the game that stood out the most to them deserves to be told. The parents, teachers and coaches who moulded them… their roles, even more so. I know that the player's words will help inspire the next generation of footballers, whoever he, she or they are.

More importantly, I hope similar books about women in sport will follow in the coming years.

Cork LGFA: Game of My Life, published by Hero Books, is on sale now in all good bookshops and online via Amazon.