KIERAN: Well, Hannah, not a bad first year at senior level. Talk to us about your 2022 highlights.

HANNAH: It was a great year, from getting to the senior All-Ireland final in my first year as a senior to representing Ireland in the European Championships, and the highlight was the Europeans in May. The entire experience was memorable. Although I didn't place over there, it was such a great experience, from throwing on a different style road surface, how you had to play your bowl differently, how much focus I needed for every shot and what I've to work for to be in the top three in the future.

KIERAN: Another highlight from the past year saw you equal the road record at Ballincurrig in your Munster senior final win over Veronica O'Mahony. At what point did you know this was going to be a memorable score?

HANNAH: It was my first senior Munster final so I knew it was a score I'd remember forever but I never imagined an outcome like that. Throughout the score I knew I had bowled well but I just felt it was my normal bowling. I was calm and everything seemed to be going right but it wasn't until the third last shot in Ballincurrig, coming down the hill, that they told me I was equalling the record set by Silke Tulk on the road, and that if I continued the way I was bowling I would have the same record to the line. To equal that record in my first year up senior on one of the biggest days, it was a proud moment and definitely a confidence booster.

HANNAH: There are a lot of small things that I still think about constantly from that score. I think my mindset and physical strength is what was lacking on the day. You need to have 100 percent focus going into the final. Being able to block out all the external factors is something I definitely have to work on, and having a calm and focused mind, as every shot is so important that one bad bowl and you're out of the score. My physicality and body strength is something I've been working on a lot since the final, to try build up speed in my shots and ensure I can keep giving my all for every shot especially towards the end as those last few shots are so important, and to ensure my body doesn't tire and I don't lose focus. 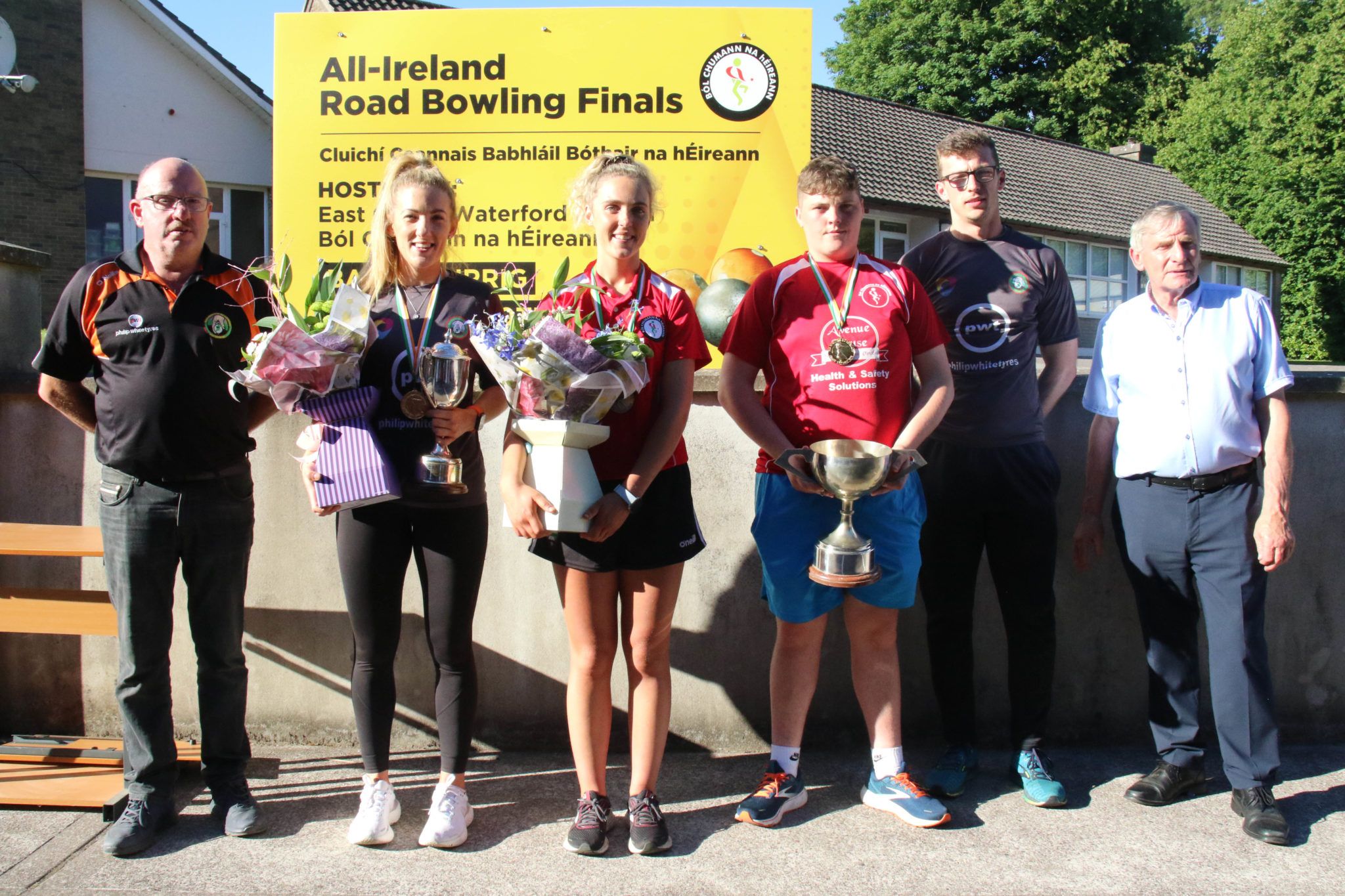 KIERAN: If you could throw one shot again from the past year, what would it be?

HANNAH: My most regrettable shot of the last year was my tenth shot of the Moors competition at the Europeans in Germany. I was tied in my last shot with only ten centimeters between our tips, the Dutch competitor and myself. I was to throw first. With bowling it doesn't happen too often, but when you try too much with a shot you lose control of the bowl. With my last shot I was battling everything: nerves, terrible weather conditions and the chance of a medal. Unfortunately, just as I swung my arm – and I was really throwing the kitchen sink at the shot – and since the Moors’ bowls are so light, it hit off me and swerved off right. Straightaway I knew my chances were done. My opponent threw next and got a bronze medal. I think back on that shot a lot and how if I had thrown my normal shot things would've been different. Although I placed seventh and considering Moors isn't as strong here I definitely know we're capable of placing in the Moors with more practice.

KIERAN: West Cork’s bowling women are a force to be reckoned with – who is one we to watch in 2023?

HANNAH: Rachel Kingston, by far, had the best year of her life in 2022 with European U18 gold and All-Ireland U18 glory so she's definitely one to watch in adult grades in the future. Former senior champion and bowling great Geraldine Daly is making her return to senior bowling this year which is a huge bonus to the senior grade; she will give us all a run for our money and add that extra competitiveness in the senior ranks. Recently I refereed the U12 girls’ county final between Meabh Cuinnea and Shauna O’Driscoll. Although they are not in the senior ranks just yet, the style and deliverance of the bowl that day, at such a young age, you can see it in both bowlers that they're both on track to future success in adult grades.

KIERAN: Time to educate us, Hannah. Explain what a ‘sop’ is in road bowling, and why bowlers try to hit the sop?

HANNAH: A sop is a piece of grass usually put down by your road shower to give a bowler something to aim for. Usually when you hit the sop the bowl is in a track on the road and should stay in the track for as long as possible before the bowl dies. A sop for bowlers is like a goalpost for GAA players. Although you don't get points for it you know you're doing something right if you're hitting or getting near the sop. It's not an easy task to hit the sop as you have to have a straight arm and accuracy and concentration all combined at the same time, but once you get it you know you have a good bowl (as long as your road showers have done their job properly!).

KIERAN: What’s your favourite road to bowl on?

HANNAH: Shannonvale. Every bowler has a road that everything goes right for them on it, no matter what and my road is definitely Shannonvale. I always seem to perform and get all my bowls going on that road. It’s definitely a confidence boost when I find out I get to bowl a score in Shannonvale but probably an opponent's nightmare now when they hear it's my favourite road! It's a road a bowler can show off their potential on and I like to set a target to be at the top of the hill in a certain amount of shots.

KIERAN: Paul O’Donovan, Phil Healy and Gavin Coombes are three of the biggest stars in West Cork sport, but which of this trio would make an impression in the world of road bowling?

HANNAH: If I could make a combination of Phil's speed, Gavin's strength and Paul's work-rate we'd make the greatest bowler of all time! Paul O'Donovan would be my go-to man to turn into a serious bowler. He seems to have the ability to achieve the best out of himself in everything he puts his mind to and having his mindset, ‘pull like a dog’ strength and experience on the big days, he'd be giving all the senior men a serious run for their money in a score. Who knows if he retires from rowing anytime soon I'm sure Skibbereen Bowling Club would show him all the tricks. 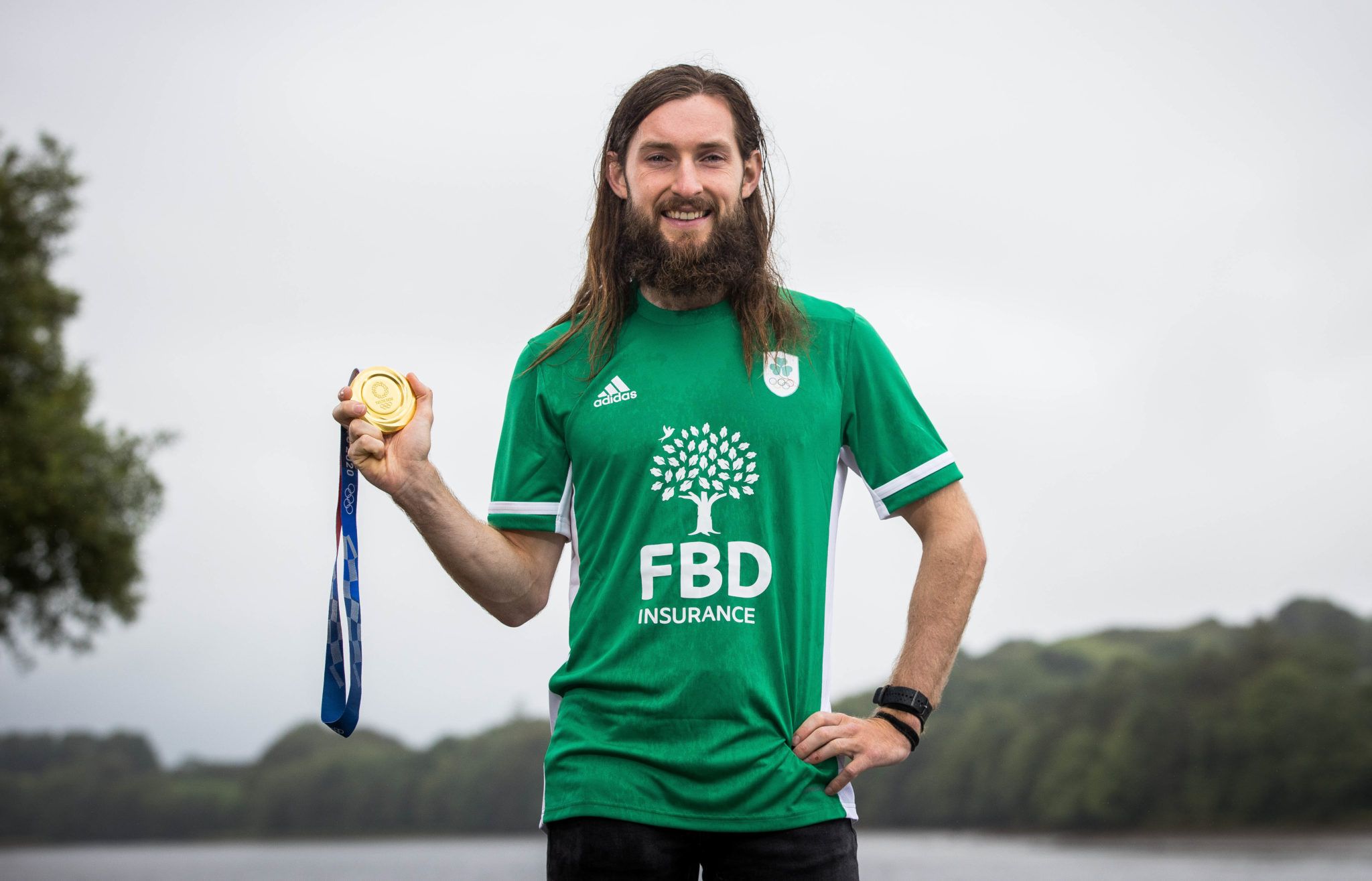 Olympic rowing gold medallist Paul O'Donovan has all the attributes to transfer his success to road bowling, says Hannah Sexton.

KIERAN: We all know the Sexton sisters – Katie, Margaret, Ellen, Laura and yourself – are a force on the road, but who would win a 100m sprint?

HANNAH: When I first read all of these questions I sent this one into the family group chat straight away and it caused a complete uproar between the five of us! There was definitely nobody thinking about each other's feelings about who would be coming last in the race! Every race that any of us have ever won was brought up but we came to the agreement that it would probably be me to win the race followed closely by all my sisters in second place – but a race is scheduled between us to put us to find a winner.

KIERAN: The legendary Gretta Cormican showed you how to hold your first bowl, so what’s the best bit of advice you can give?

HANNAH: For young bowlers and anyone looking to improve, it’s all about practice – and that is drilled into us at home. The only way you can become better is through practice and working on weaker areas in your bowling. Eventually you will see your practice paying off. One thing that I've always kept in my mind from Gretta and another bowling legend Denis Collins is keeping the bowl in the tips of your fingers with your thumb and middle finger aligned on either side of the bowl to keep control of the bowl.

KIERAN: Before we let you go, teach us something that we don’t know.

HANNAH: For a bowler, and as someone who should be able to throw straight, I'm terrible at ten-pin indoor bowling and Emma Fitzpatrick has beaten me every time to prove that, I think I'll be sticking to road bowling.