Courcey Rovers' Richard Sweetnam is faced by a wall of Kilmoyley players during the Munster Club Intermediate Hurling Final at the Gaelic Grounds.(Photo: Dermot Lynch)

THERE was agony for Courcey Rovers as they suffered an extra-time defeat to Kerry champions Kilmoyley in the AIB Munster Club IHC final at Limerick’s TUS Gaelic Grounds last Saturday.

Leading by 0-17 to 0-13 inside the last ten minutes of normal time, the Ballinspittle/Ballinadee side conceded four points as Kilmoyley sent the game to extra time before pushing on to give Kerry a first title victory in the championship.

While it was a disappointing end to Courceys’ campaign, manager Sean Guiheen was keen to point to the many positives that outweighed it as they face into senior A hurling for 2022. ‘We always said that when we won the county it was the priority at the end of the day,’ he said.

‘Obviously, when you go into Munster, you’d love to drive on and try to make an impression in the provincial championship. ‘To get to the final was great but when you get to finals, you want to win them.

‘Overall, they’re up to senior A now for the coming year and it’s a great learning curve. It’s a great experience for the boys to be playing in the Munster championship and it’ll stand to them in the future.’

Kilmoyley’s joint-manager, along with Maurice Murnane, is former Cork boss John Meyler, who was in charge when Courceys previously took part in this competition, back in 2011. The Wexford native was absent due to holidays, but Kilmoyley weren’t affected as they led for much of the first half.

However, Courceys had the last three points as Jerry O’Neill, Richard Sweetnam (free) and goalkeeper Stephen Nyhan (free) were on target to send them in leading by 0-9 to 0-8 at half-time. 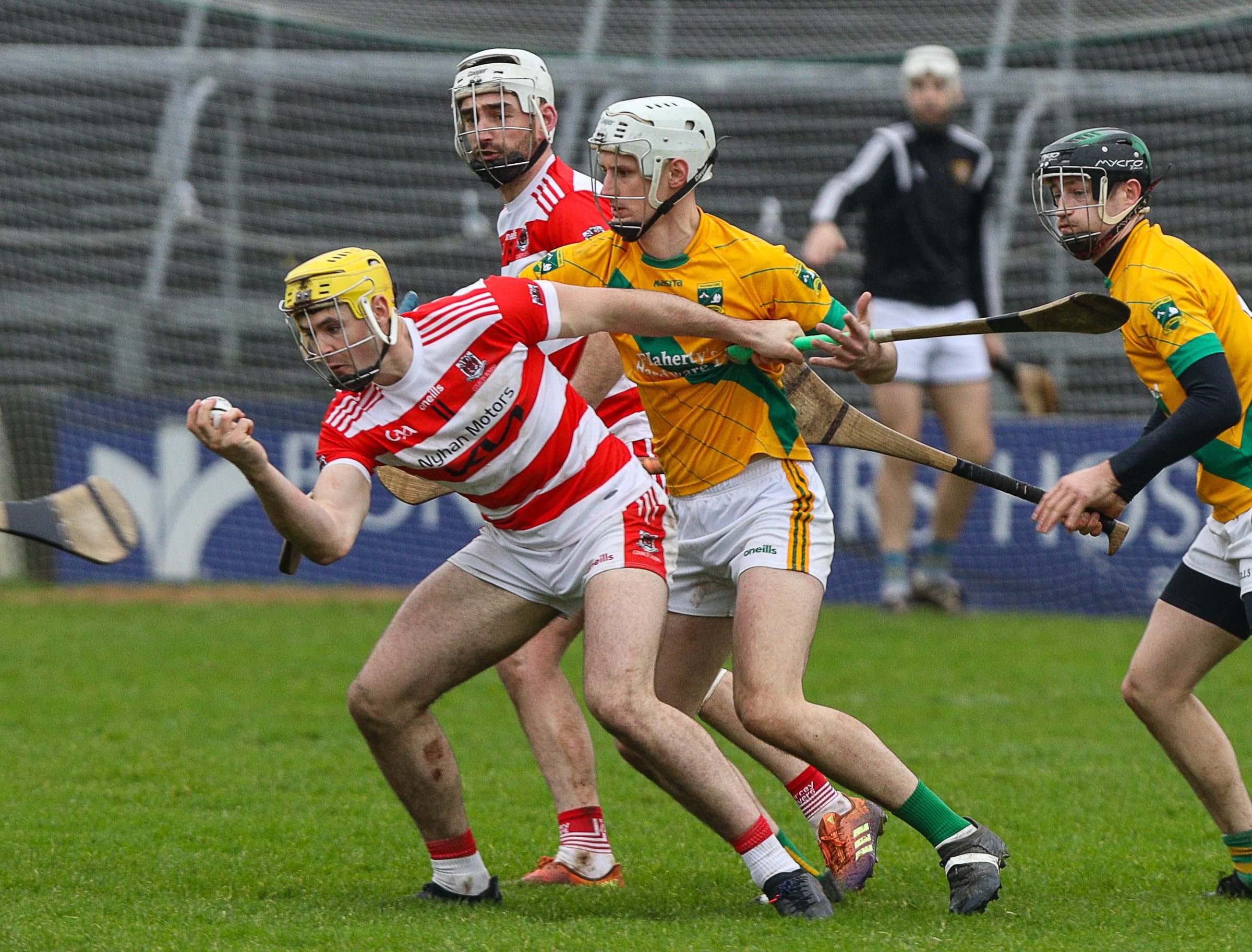 Still, Kilmoyley never faded in the second half, even when falling 0-13 to 0-9 behind after a strong third quarter from Courceys, whose captain Tadhg O’Sullivan was outstanding. Maurice O’Connor and Jordan Brick had points to halve the lead by the water break and O’Connor came to life in the final quarter while Daniel Collins, excellent from dead balls throughout, remained reliable.

While Sweetnam’s eighth of the day left Courceys 0-17 to 0-13 in front, O’Connor had two points and sub Robert Collins was also on target before Collins levelled. Collins and another sub, Ronan Walsh, put Kilmoyley ahead in extra time and O’Connor would have opened up a five-point lead but for a great Nyhan save. Courceys did draw level at 0-21 each through O’Sullivan and Aidan O’Donovan, but Kilmoyley finished well as O’Connor’s fourth – a superb effort from near the endline – was followed by a free and a 65 by Collins.

They were three ahead at the end, leaving Courceys to rue their inability to see the game out. ‘What would be disappointing were the mistakes we made to let them back into the game, there were some stupid frees given away,’ Guiheen said.

‘We never closed them out and that’s disappointing – when we got into a position to do it, we didn’t and we paid the price.’ 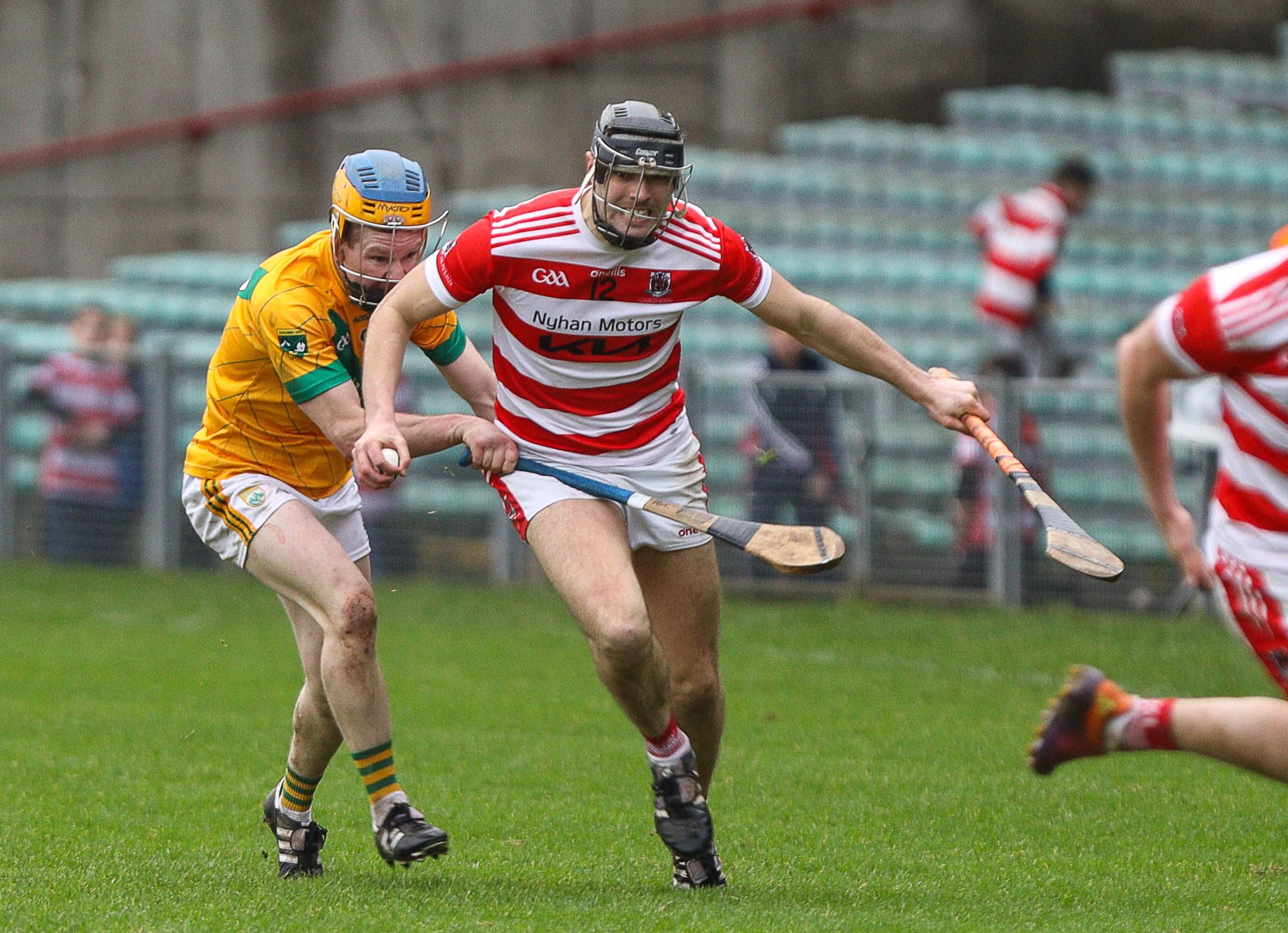 However, the key thing is to use it as a learning experience.

‘Kilmoyley are used to the Munster championship,’ Guiheen said, ‘they’re 20 years trying to win this, they’ve won ten or 11 county titles in that time.

‘It’s all new to us, but still, in saying that, we trained hard expecting that so it wasn’t the case that we weren’t used to it because we did train very hard and physical. We knew that there’d be a lot of contact and aggression and so on like that in their play and we trained for it.

‘I can’t fault the players because they’ve been amazing all year, they really have. The games that they’ve won have been close games and this is the first close game they’ve lost all year, to be fair to the guys.

‘It’s a learning process – you learn from today and it’ll make you better, please God, in the future.’