COMBINING a career and a hobby is an ideal but rare enough phenomena, but within the high-octane world of Formula One, it’s exactly the case for Innishannon native Micheál Manning.

He’s travelled the globe and only a few weeks ago basked in glory as Red Bull and Max Verstappen clinched the respective Manufacturers’ and Drivers’ championships in F1.

You see, Micheál – or Michael as he is known (another story) on the FI circuit – is Max Verstappen’s trackside engineer; a description that sounds rather too simplistic but is highly charged, rewarding and hugely responsible, even if he plays it down a little.

Currently, he’s back where it all began, in Kilmore, just outside Brinny near Innishannon.

‘It’s great to come back home every year for Christmas. It is one of the things I definitely look forward to with the season finishing,’ he said.

‘It’s time for relaxation, but in reality, the release of tension comes at the end of an F1 season.

‘The Sunday night of the last race of the season is when that (release of tension) happens. You're exhausted, the adrenalin just drops as the season is over.’

Importantly, Manning adds: ‘The first proper feeling of being chilled out is when you arrive back in Cork.’ 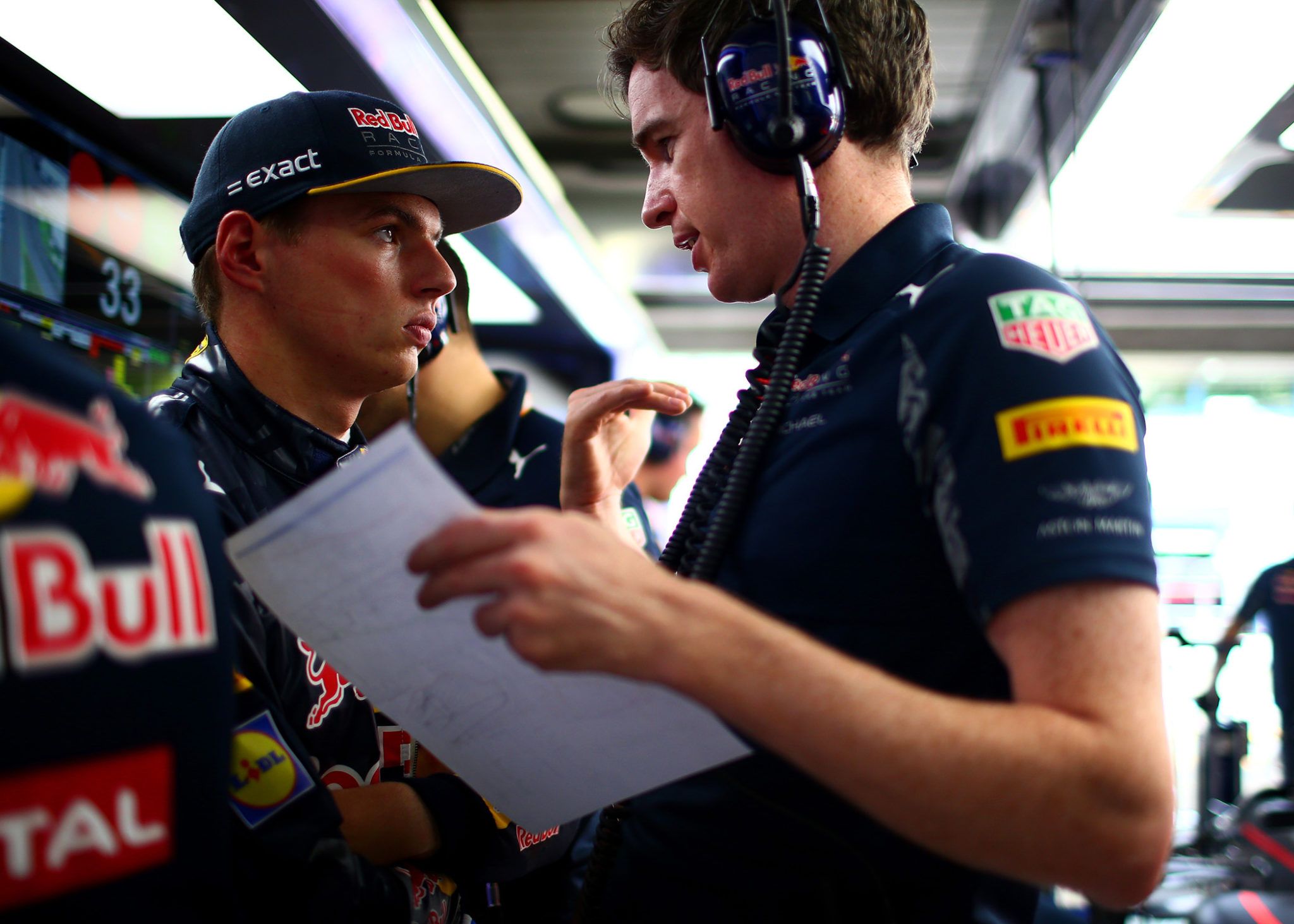 It’s where he is amongst his own – family and friends –, where he can walk through the fields, even milk the cows but he admits his love of animals is incomparable to that of his brother.

‘I’m more into the machinery,’ he explained.

So, how is it that a pupil of Gurrane National School, a student of St Brogan’s in nearby Bandon and subsequently at the Cork Institute of Technology (now MTU) ended up with the dream job?

He freely admitted, unlike most of his contemporaries, he didn’t excel at team sports.

‘I played for about a year but I wasn’t very good. Although I enjoyed hurling, I was terrible at it,’ he said, before making a telling remark, ‘Any sport that I try and I’m not good at it, I don’t enjoy it. I want to win.’

Indeed, it is that very same need to win that provides the determination, resolve, commitment and ultimate challenge to succeed. A family link helped unlock the key.

‘My cousin, Carmel Connolly, taught Engineering Tech in Brogans, she was really good.’

Although Manning had to separate the link within the classroom, the tendency to refrain from such wasn’t always easy; the title Miss didn’t quite flow freely off his tongue.

Nowadays, he likes visiting his alma mater and chatting to the current batch of students, as his career provides them with inspiration and motivation.

Growing up, he liked spectating at motorsport events such as the West Cork Rally.

As a third level student, he embraced his education with his family’s ethos of working and studying hard.

‘I did electronic engineering. Actually, it would be much more suitable to have mechanical but the beauty about engineering courses is that the mathematics are transferable across all the disciplines of engineering. The job has changed insofar as it is more mechanical now,’ Manning explained.

He explains why he didn’t gravitate towards the World Rally Championship.

‘I got into F1 because of Jordan, especially when Schumacher did his first race with them in 1991. I thought they are actually competitive. I have pretty much watched every race since then.’

Fast forward and his work environment at Red Bull Racing continues those well-held family values. Working with and alongside sports stars could be overwhelming, but not in this case.

‘I work quite closely with him (Max Verstappen). He is a colleague but also a good friend. From the outside, it might seem they (drivers) are celebrities but for people within the team, they are part of the family that travel around the world racing together,’ he said.

Manning gives a rare insight into what the Belgian-Dutch racing ace is really like.

‘He’s humble, a team player and it’s a pleasure to work with him.’ 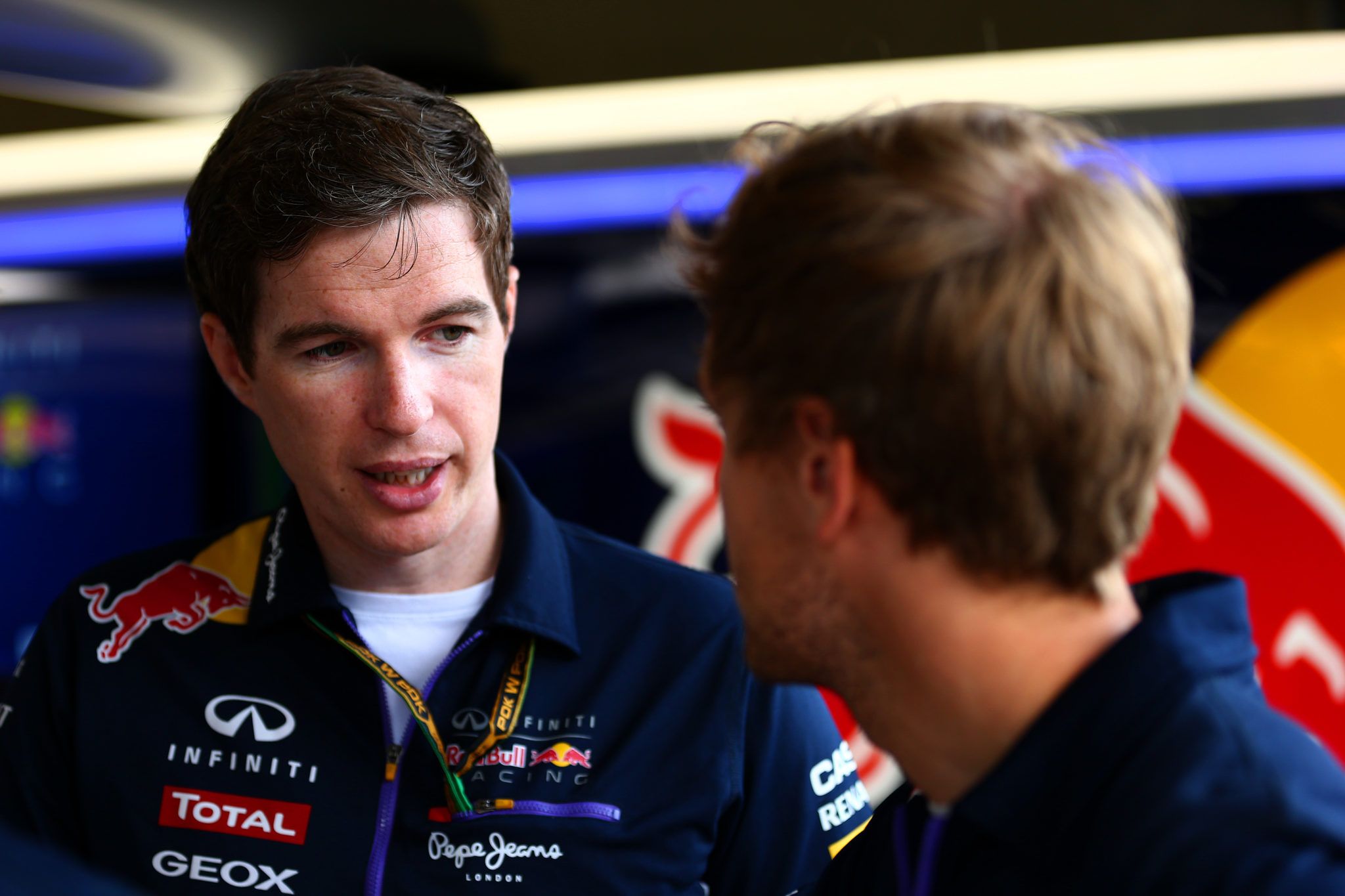 Red Bull Racing race engineer Michael Manning speaks with Sebastian Vettel in the garage ahead of the 2014 Austrian Formula One Grand Prix.

Language barriers don’t present a problem as most are English speaking in any case, but when it comes to pronunciations, Micheál’s name was a source of great difficulty and hence the reason he is known as Michael. The attempts to use the Gaelic version were amusing to say the least.

As Max Verstappen’s right-hand man or more correctly, Senior Controls Engineer, Manning is responsible for writing and configuring software on the car to control the driveline (clutch, gearbox, differential, power unit) along with the fuel system and brakes. In addition, he also has responsibility for race starts which involve engine mapping, driver training, R & D and tyre analysis.

‘One is in the sport to win. To get both championships is amazing and to do so in such a dominant style was fantastic and a great credit to the team and everyone in the factory. To come out with the car we have this year is phenomenal.’

Such success is the result of demands and expectations. Responding if it was a selfish approach, singularly or collectively, he said. ‘In general, as a team, I would say yeah. I am friends with many people in the other teams but on a Sunday, I want to beat them all. If that is selfish, then yeah. I consider it competitive.’

Manning agrees being in the limelight can be something of a reality check.

‘I pinch myself at times. People say it’s kind of the dream job. If you are interested in engineering as I am, it's the cliché of doing your hobby. It is a lot of hard work as well. I really don’t know other people’s perception of what I do. You know you have to get it right – that’s the reward as well. When you are competing there is always adrenalin.’

While Christmas is a time for rest, next season’s work has already begun.

‘Yes, that all started (the development of next year’s car) a few months ago. We have to get a lot of things set in stone quite early.’

From Kilmore it’s off to Cape Town for about two and a half weeks for some high-adrenaline activities. Kitesurfing. Paragliding. Mountain biking. Then, it’s back to work. He typifies the culture.

‘You never stop trying to make the car faster, improve what we are doing, make it more reliable, I know the quality of people we are up against, it’s really great to have won both championships this year but everyone else has got the bit between their teeth to beat us.’

They may have their work cut out. After all, it's been a long time since the kid from Kilmore remarked, ‘I want to win.’ He did and he’s hungry for even more – 24 races in 2023.