Marty Morrissey was presented with the April Cork Person of the Month award. 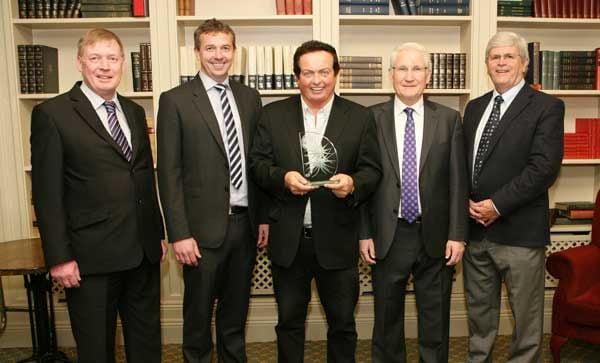 Marty Morrissey was presented with the April Cork Person of the Month award.

MALLOW-BORN Marty Morrissey is the April Cork Person of the Month.

The RTÉ Sports commentator and broadcaster was presented with the award to mark his contribution to sport, especially GAA, over the years.

Mallow's Michael O'Neill, now living in Dublin but a frequent visitor and activist in Mallow, nominated Marty Morrissey for the award.

‘Marty's mother was Mallow native Peggy Twomey and his father taught at a local Mallow school. The family finally settled in Clare, where Marty's father came from,’ said Mr O'Neill.

Morrissey said, at the recent Cork award ceremony: ‘Yes, my father came from West Clare to teach in Mallow and rented a room from the Barrett family, just around the corner from that famous Mallow pub, The Mouse Trap.

‘He met a young hairdresser, who was a cousin of the Barretts, Peggy Twomey, and the couple later emigrated to the Bronx, New York. However, my mother insisted on coming back to Mallow, for me to be born in the local Mount Alvernia Hospital.

‘I rang my mother, over in West Clare, to tell her of this award and she was very emotional that her home town and county should honour the family in this way,’ added Marty.

Morrissey did return from Clare to Cork to study at UCC and also got his broadcasting breaks and starts in Cork, at the local Cork Multi-Channel TV and RTÉ Radio, Cork.

His name now also goes forward, with the 11 other Persons of the Month chosen this year, for possible selection as Cork Person of the Year.