Maeve O'Neill in action for Ireland at the 2021 European Athletics U20 Championships in Tallinn, Estonia. (Photo: Marko Mumm/Sportsfile)

The talented Doheny AC athlete enjoyed a remarkable 2021 season that included representing Ireland at the European U20 Championships, setting a new 800m PB and breaking a 34-year-old 800m schools’ record held by the legendary Sonia O’Sullivan.

The Ballinacarriga teenager’s breakthrough year was the stuff of dreams – and her talent will be recognised with the 2021 West Cork Junior Sports Star award.

O’Neill is following in the footsteps of former Junior Sports Star award winners like Bantry kickboxer Lily de la Cour who went on to become a senior world champion while Darragh McElhinney, who was in action at the senior World Indoor Championships last weekend, picked up this award in 2016.

The MICC Dunmanway student deserves this latest accolade, which comes off the back of winning the Athletics Ireland Breda Synnott Award for the best Juvenile International Performance in 2021. Already, O’Neill, who turned 18 earlier this month, is amassing an enviable collection of medals and awards. 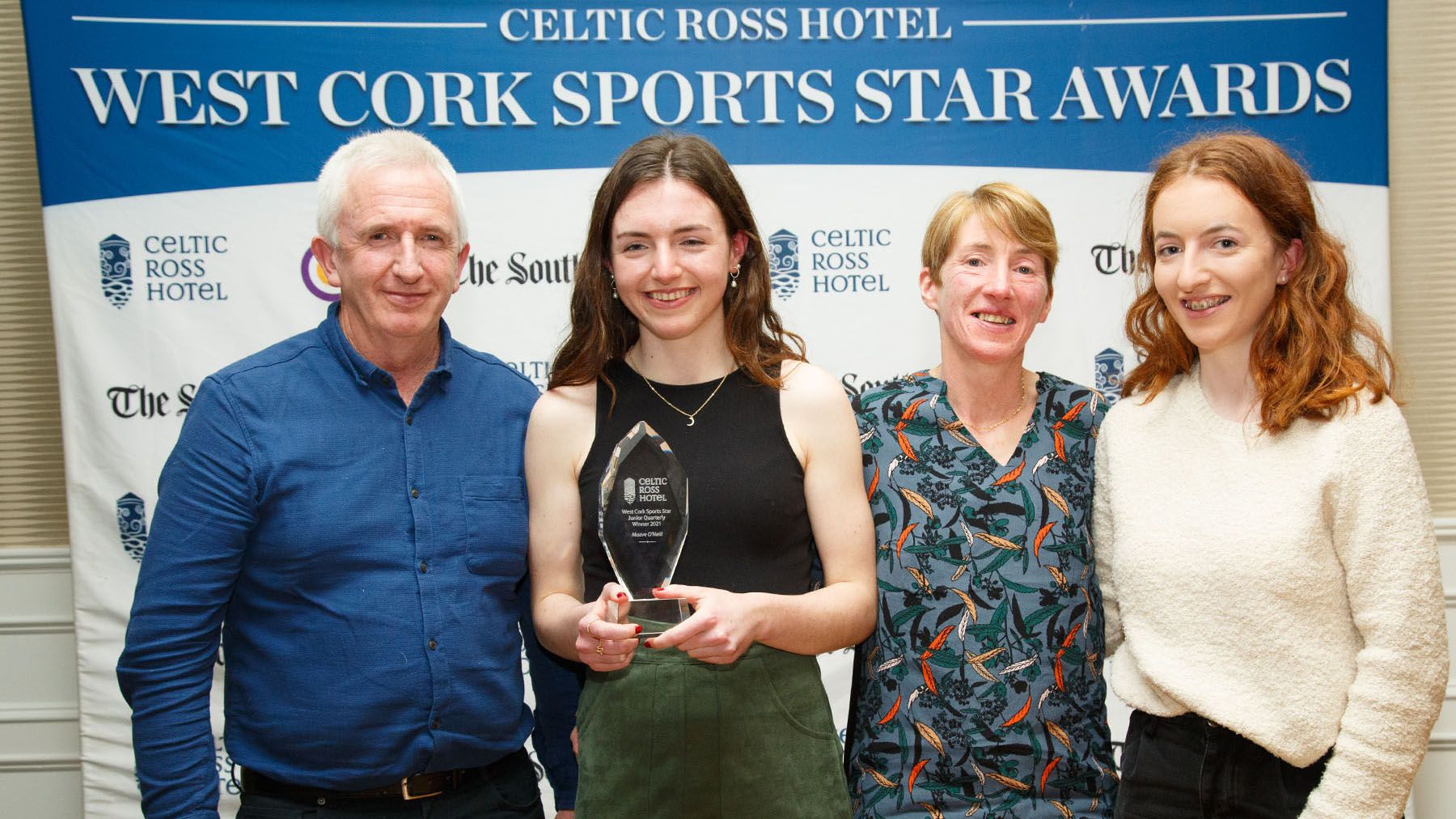 In the last two weeks alone she won gold in the junior women’s 800m at the National Junior Indoor Championships before hitting the headlines, again, last Sunday at the National Indoor Juvenile Championships with one of the best performances of the day. The rising Doheny AC star set a championship record of 2.08.80 to race to glory in the U19 800m and also take nearly one second off Ciara Everard’s previous record time of 2.09.74 from 2008. These are all signs that O’Neill is moving in the right direction, off the back of her brilliant 2021 season.

At last summer’s European U20 Championships, O'Neill competed in the 800m individual and with the Ireland 4x400m women’s relay team that reached the final and set a national record.

‘That was an amazing experience, I loved every minute of it,’ O’Neill told The Southern Star previously, ‘Getting to the semi-finals in my own race was amazing and then being on the relay team and getting to the final was such a bonus.’

Another stand-out moment in 2021 saw her smash Sonia O’Sullivan’s 34-year-old 800m record at the South Munster Schools Track and Field Championships. O’Neill’s 2:07.47 took almost seven seconds off O’Sullivan’s long-standing record that had stood since 1987. It was another indicator that this West Cork teen is one to watch. Last season also saw her race to 800m gold at the national junior championships, and also win the 400m and 800m double – setting a new championship best in the latter – at the All-Ireland U18 championships in August. At the Irish senior outdoor championships last summer, she was the only junior athlete to qualify for the 800m final.

There were even more highlights crammed into her action-packed year, including running a new 800m PB (2:06.40) at an U18 European meet in Paris in late July. Earlier that month, O’Neill won gold in her favourite 800m at the Munster juvenile championship and, incredibly, has never been beaten in an outdoor middle distance race in Munster since she started at U9.

The hugely successful Celtic Ross Hotel West Cork Sports Star Awards – a joint effort from the Celtic Ross Hotel, The Southern Star and C103 – have been going strong since 1998 and are recognised as one of the biggest and the best sports awards in the country.