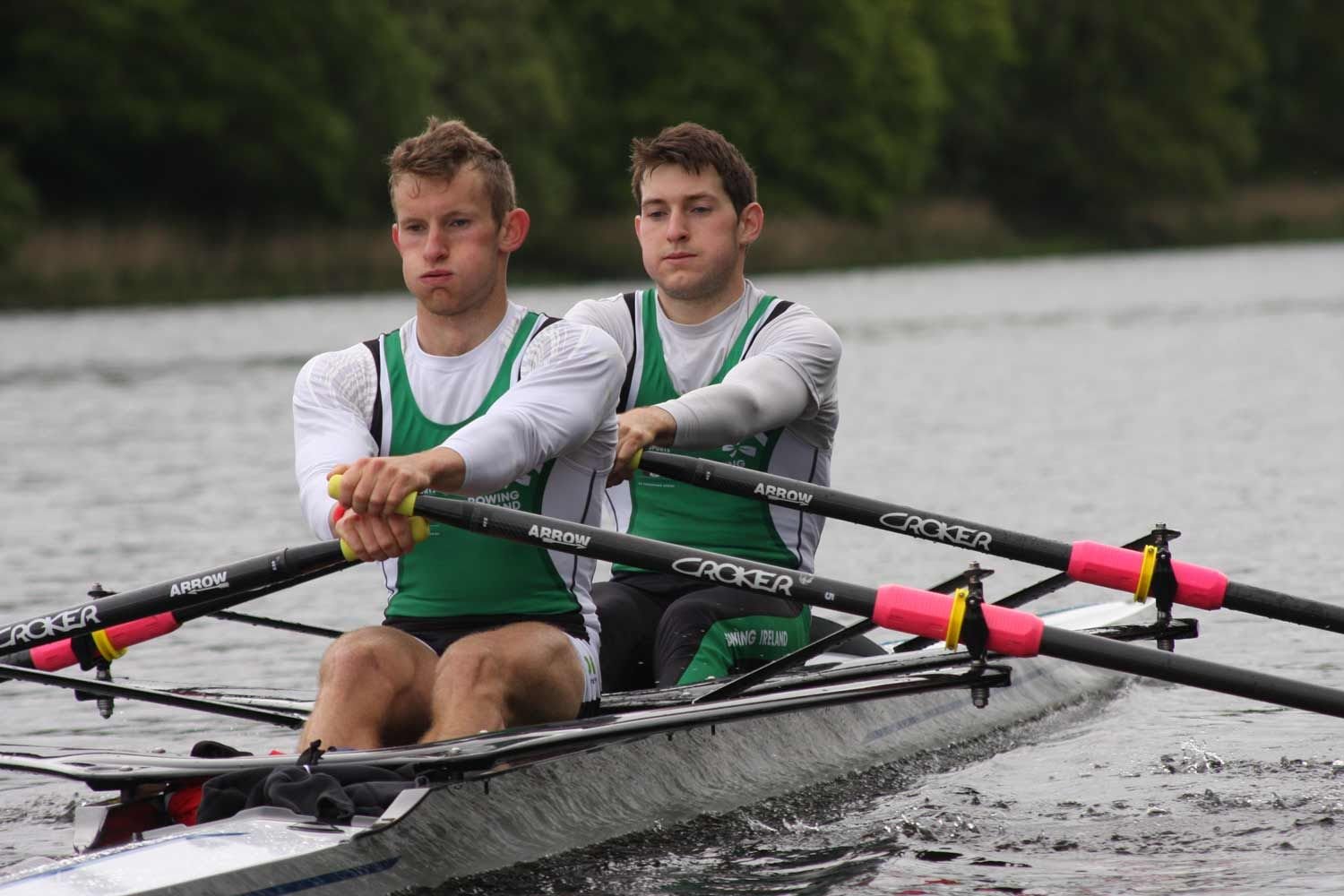 LISHEEN brothers Gary and Paul O’Donovan are focussing on the positives following a 14th place finish at the World Cup Regatta in Lucerne last weekend.

The Skibbereen duo is bidding for a top 11 finish at the world rowing championships in France at the end of next month in a bid to qualify the Irish men’s lightweight double for the 2016 Olympic Games in Rio.

‘We are disappointed with 14th position and how it sounds, but our performances there don’t reflect the result either,’ Paul O’Donovan explained.

In their first international regatta in the lightweight pair, Mark O’Donovan and Shane O’Driscoll finished a fantastic sixth in the A final – a terrific achievement for the West Cork rowers.

Elsewhere, Denise Walsh finished fourth in the B final of the women’s lightweight single sculls, which translates into a tenth place finish – a notable placing considering she has raced in the lightweight double scull all year.

Again, the women’s lightweight single scull is not an Olympic event, so Walsh needs to win her place back on the lightweight double sculls ahead of the worlds if she is to book a ticket to Rio. That’s easier said than done as Sinead Jennings is now partnering Claire Lambe in the lightweight double, and they won the B final at Lucerne and finished seventh overall at the event.

As it stands, Gary and Paul O’Donovan currently represent Skibbereen’s best chance of rowing representation at the 2016 Olympic Games, but that could all change over the next few weeks ahead of the world championships at Aiguebelette in France, which run from August 30th to September 6th.

Reflecting on their 14th place finish in the men’s lightweight double, young brother Gary explained that appearances can be deceiving as, in terms of times and performances, they were one of the top ten crews.

‘It was a tough weekend because this is the biggest regatta of the year after the world championships and it was the last regatta before the worlds. Nearly every crew we will be competing against at the worlds was in Lucerne, apart from the USA,’ O’Donovan explained.

‘We had some really good times but we just had bad luck with the quarter-final draw.

Highlighting O’Donovan’s case is that the West Cork duo recorded two personal best times on the opening day and they were constantly amongst the fastest crews – but a bad draw and a short turnaround between races worked against them.

‘We did a time of 6:20 in our heat which was the fastest time we have ever done in an international regatta. Then later that evening in the quarter-final we raced 6:18, which is another personal best for us in the double,’ O’Donovan said.

‘We were knocking out good times and the other crews that beat us in the quarter-final didn’t have to expend as much energy in their heats as they had an easier draw.

‘With such a short regatta and having tough races packed in together – two in the one day – it took its toll on is because we weren’t as fresh as we would have liked.

‘But with the world championships there is generally a rest day between races so that will suit us more.’

Gary and Paul – coached by Skibbereen’s Dominic Casey – are now focused on making as much gains as possible in the next few weeks ahead of the worlds where they will target qualification for the A/B semi-finals, at least. If they get to the A/B semi-finals and don’t finish last, the Skibbereen brothers will qualify for the Olympic Games.