The view from the inside of the left-hand drive Ford Fiesta R5 of Dunmanway's David Guest that he will debut in next week's Corrib Oil Galway International Rally.

Recently, The Southern Star caught up with the former Irish Tarmac Group N champion, who showed us what it’s like inside the cockpit of the Fiesta that is somewhat different to the road-going version.

Sitting in the wrap around bucket seat, David explained the process.

‘The first thing is that you turn on the switch that gives you the dash display. Then you start the car by building up oil pressure first before the car will fire, it might take 15/20 seconds. Then when you are ready to fire up the car you start it and leave it run and warm up the different water and oil temperatures until such time as you move the car.’

David then explained what happens when he and co-driver Jonathan McGrath arrive at the start of the stage where they await the start countdown.

‘You put the car into stage mode (a button near the gear lever and handbrake) there are three different lag settings for how aggressive the lag is,’ he explained.

‘Normally we usually use lag number two. In the wet we might bring it back to lag number one but it’s not inclined to push the car as much. Lag 3 is a little bit more aggressive than Lag 2 but we normally wouldn’t use it at this time of the year. On a dry West Cork Rally, we will have lag number 3, it’s just more aggressive in corners.

‘To go up the gears you pull the lever and push it back to go down. There is a button at the top of the lever, the car will only go to first gear until you press the button.

The top speed of the Fiesta R5 is 118mph. David, whose last car was a Skoda Fabia S2000 concluded, ‘You’re extremely busy in an S2000 car, this seems a bit more relaxed.’ 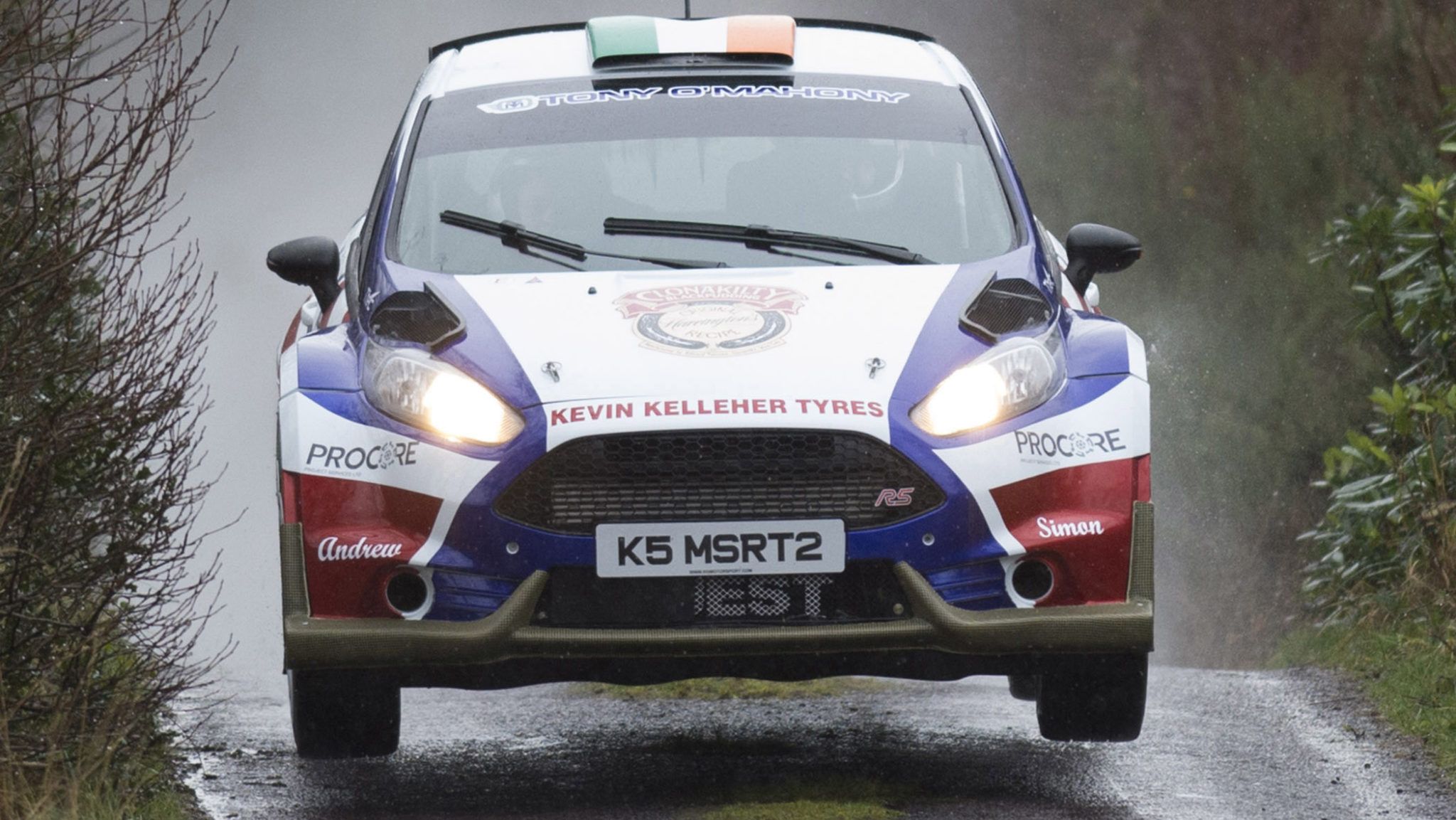