Kinsale golfer John Murphy will compete in the Walker Cup this weekend.

SUCCESS on the water is par for the course for the O’Donovan brothers, Gary and Paul, but they could also have a big say in the final destination of the Walker Cup in Florida this weekend.

Kinsale golfer John Murphy is one of two Irish men on the Great Britain & Ireland team that takes on the USA at Seminole Golf Club in Florida this Saturday and Sunday – and inscribed on one of his wedges is a phrase made famous by the O’Donovan brothers after their Olympic silver medal success in 2016.

‘I have ‘pull like a dog’ on one and ‘Cionn Tsaile Abú’ on another, and it’s always nice to remind myself of home,’ Murphy told this week’s Star Sport Podcast.

Even though he has been based in America for the past four years, going to college in the University of Louisville while lighting up the golf scene, home is where the heart is for Murphy.

He’s a proud Kinsale man and the support he receives from home means a lot.

‘I was talking to my room-mate recently about how different people are driven by different things,’ he said.

‘That makes me feel really good about what I am doing and about where I am going. It motivates me a lot to be a better player, having all the support from Kinsale.’ 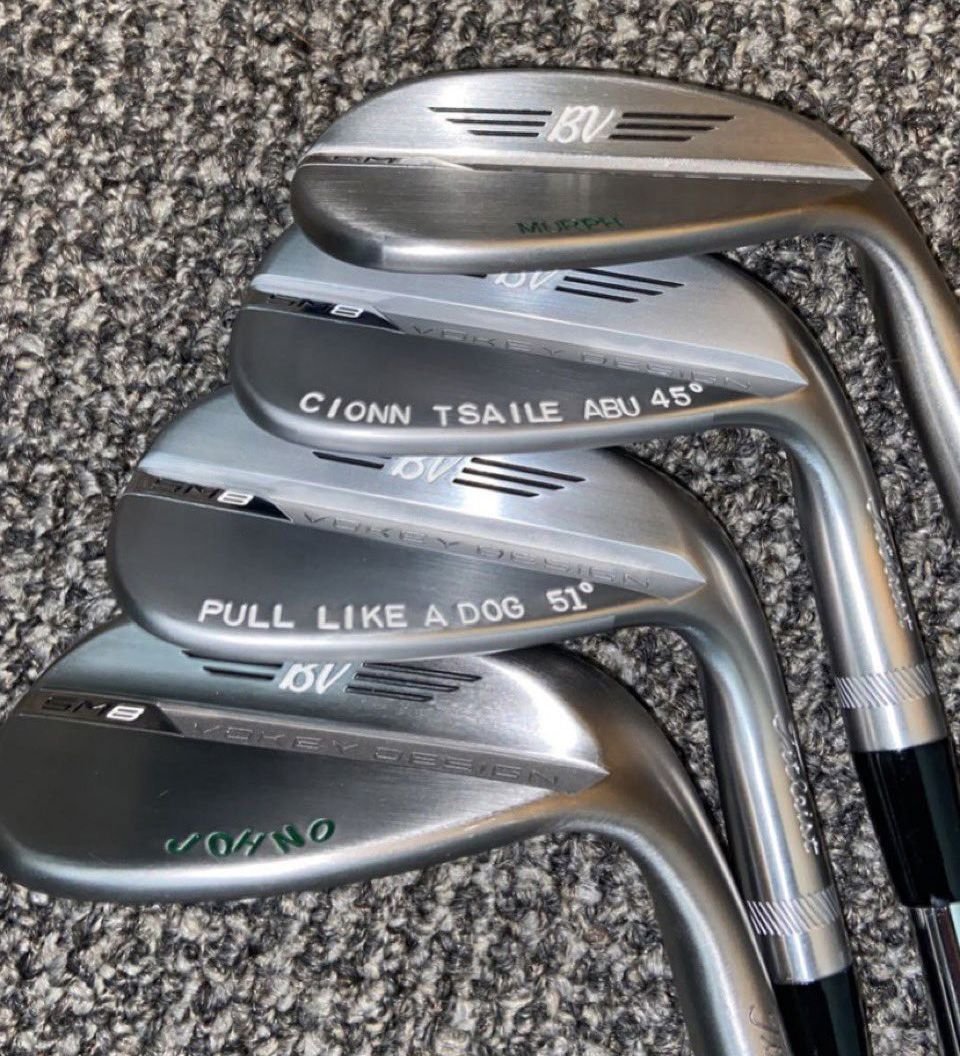 Check out the stampings on John Murphy's wedges, including Pull Like A Dog and Cionn Tsaile Abu.

His hometown will be right behind him again this weekend when the Great Britain & Ireland team attempts to wrestle the Walker Cup back off America. Murphy flew into Florida last Friday for what he hopes could be the best week of his life.

The Walker Cup is the pinnacle of amateur golf as the best amateurs in the world go head to head over two days.

It means there are a lot of distractions, too, but Murphy is staying focussed.

‘The practice days leading up to this weekend will be essential,’ he explained.

‘It’s a strange golf course and an incredible golf course but there are a lot of tricks to it around the greens. That’s why the practice days are important, to get familiar with the place, to get comfortable.

‘I will do my best to stay away from the media side of it because there will be a lot of that going on. I will try and treat it like I treat any other tournament and not get too caught up in the moment because at the end of the day we are there to do a job and get that trophy back – that’s the main goal this week.’

On Saturday and Sunday there will be foursomes in the morning and singles in the afternoon. Eight out of the ten players on each team play in each session. It’s a lot of golf over two days, but Murphy can’t wait.

‘America have home advantage and they are going to be favourites, but this is matchplay and anything can happen,’ he said.

‘I am very confident in my ability to stand up to them and go head to head, and I know that’s the same for the rest of the lads. It will be a hectic two days of matchplay.’

In the weeks and months ahead Murphy has plenty to look forward to, including his graduation, the final stage of the US Open qualifiers on June 7th and turning pro – but right now he wants to sign off on his amateur days in style with a Walker Cup win.

That ‘pull like a dog’ mentality could yet be the difference.