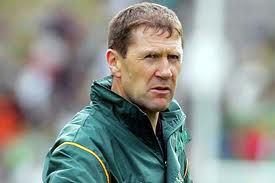 KERRY minor football manager Jack O’Connor has made one change to his team that will take on Cork in Wednesday’s Munster MFC semi-final in Austin Stack Park, Tralee, at 7.30pm.

Jack Morgan of Austin Stacks comes in at corner back in place of Dingle’s Tom O’Sullivan. Darren Casey of St Marys joins the substitutes list in place Evan Cronin of Spa who misses the game due to a broken collarbone.

The Kerry team contains just one of the side that won the All-Ireland title last year – Mark O’Connor at midfield who also captains the side.

Stephen O’Sullivan, who was introduced as a sub in all of Kerry’s games last year, is named at corner forward while both Jason Foley and Jack Morgan, substitutes last year, are named in the full back line. Last year’s centre back, Andrew Barry, is recovering from injury and is included on the extended panel.