Averyl Condell from Access Credit Union in Bandon at the launch of the campaign to encourage thousands of customers to switch to their local credit union. (Photo: Brian Lougheed)

Two Keohane strikes and a fortuitous Mike Keohane effort were enough to see off Riverside Athletic in last Sunday’s cup semi-final at the Baltimore Road.

Lyre made hard work of their 3-1 victory against an opponent that wasted numerous chances to take an entertaining match to extra-time. Rovers won’t care one iota and progress to a Beamish Cup decider in which they will start as underdogs against Clonakilty Soccer Club.

‘Today was never going to be easy against such a good Riverside Athletic team and we were just glad to get over the line in the end,’ Lyre Rovers manager Tom Barry explained.

‘We made things very hard for ourselves in the second half after being well in control in the first. I thought we sat too far back in the second half. They got their goal on the break but, thankfully, we finished strongly in the end.’

Lyre pressed high up the pitch from the start as Brian Walsh fired inches wide after four minutes. A swirling wind made life difficult for both teams in a tie Rovers dominated territorially on a superb playing surface.

Athletic’s first sight of goal arrived when Darren O’Donovan’s close-range attempt was bundled out for a corner after 12 minutes. Aaron O’Driscoll struck an upright from the resulting set piece as Riverside settled and produced some excellent football. 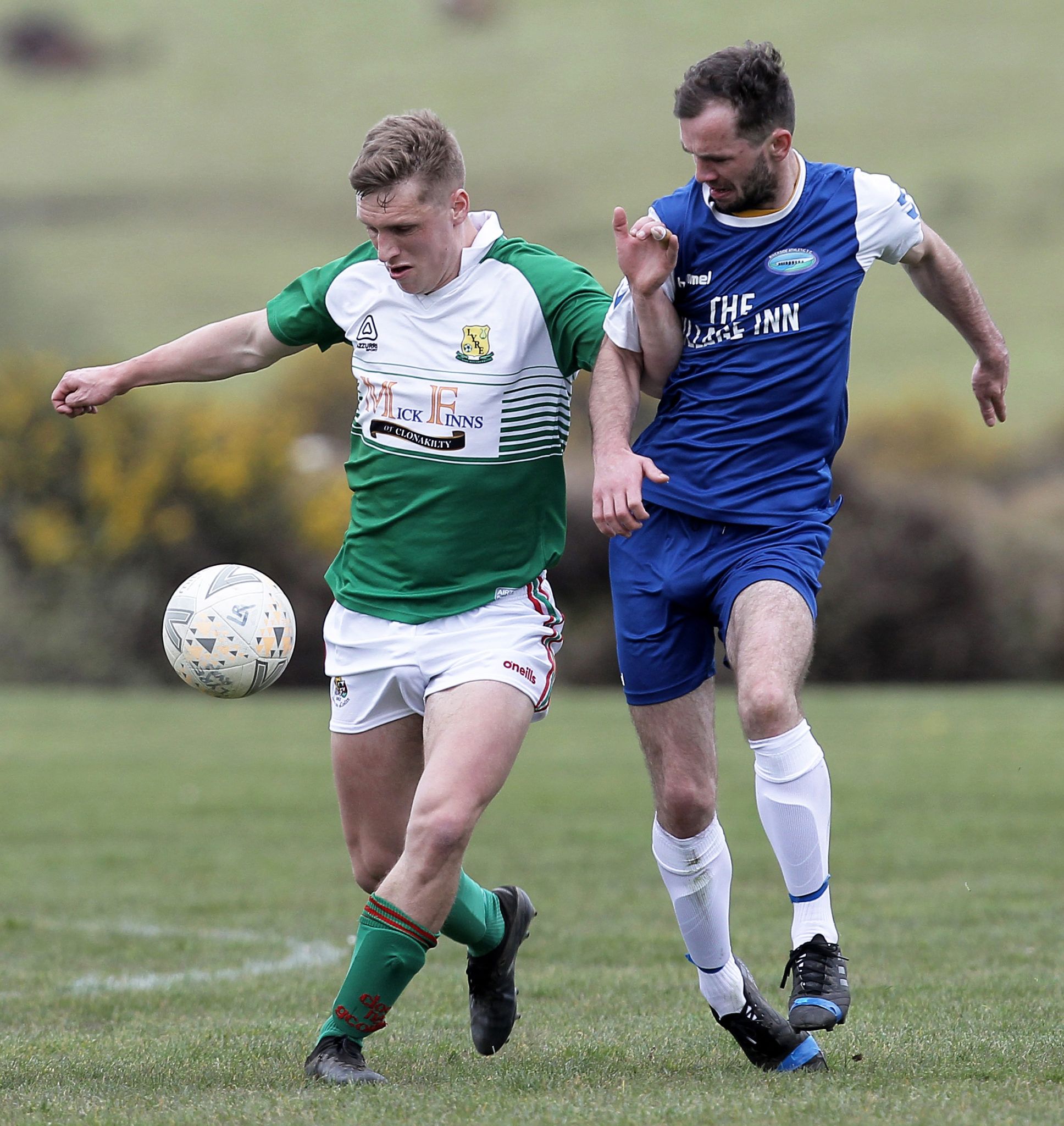 Rovers’ response was immediate. A couple of chances went abegging prior to Kevin Keohane gaining possession 25 yards from goal. The Lyre midfielder gave goalkeeper Darren Cullen no chance with a stunning effort that flew into the roof of the net. 1-0 to Lyre after 18 minutes.

Sean White had an opportunity to double his team’s lead shortly after but lost possession when clean through. That missed chance didn’t deter Rovers however, and Keohane headed home his second from a corner midway through the opening half. Rovers led 2-0 at the break.

Athletic enjoyed a decent spell early in the second half in which Darren O’Donovan, Aaron O’Driscoll, Rory Baggott and Brian Murphy pressurised Lyre’s back four. The leader’s ability to shut down Riverside’s attack coupled with Shane O’Donovan and Johnny Deasy’s defensive efforts on either flank meant the score remained unchanged after an hour’s play.

A semi-final going Rovers’ way was turned on its head when Riverside halved the deficit after 61 minutes. Sean Ryan raced from his goal to deny an in-rushing Aaron O’Driscoll. The loose ball fell to Darren O’Donovan outside the penalty area, and the Athletic striker brilliantly chipped a first-time shot into an empty net.

Athletic kept pressing and came within centimetres of equalising nine minutes from the end. A superb Olan Corcoran turn and pass split the Rovers defence. Niall Kelleher collected the ball just inside the penalty area and his effort evaded goalkeeper Sean Ryan only to roll past an upright, much to Lyre’s relief.

Riverside went even closer when Rory Baggott’s free-kick reached Jason Collins on the edge of the six-yard box after 88 minutes. Collins couldn’t direct his header on target and his effort scraped the Lyre crossbar with Sean Ryan already beaten. 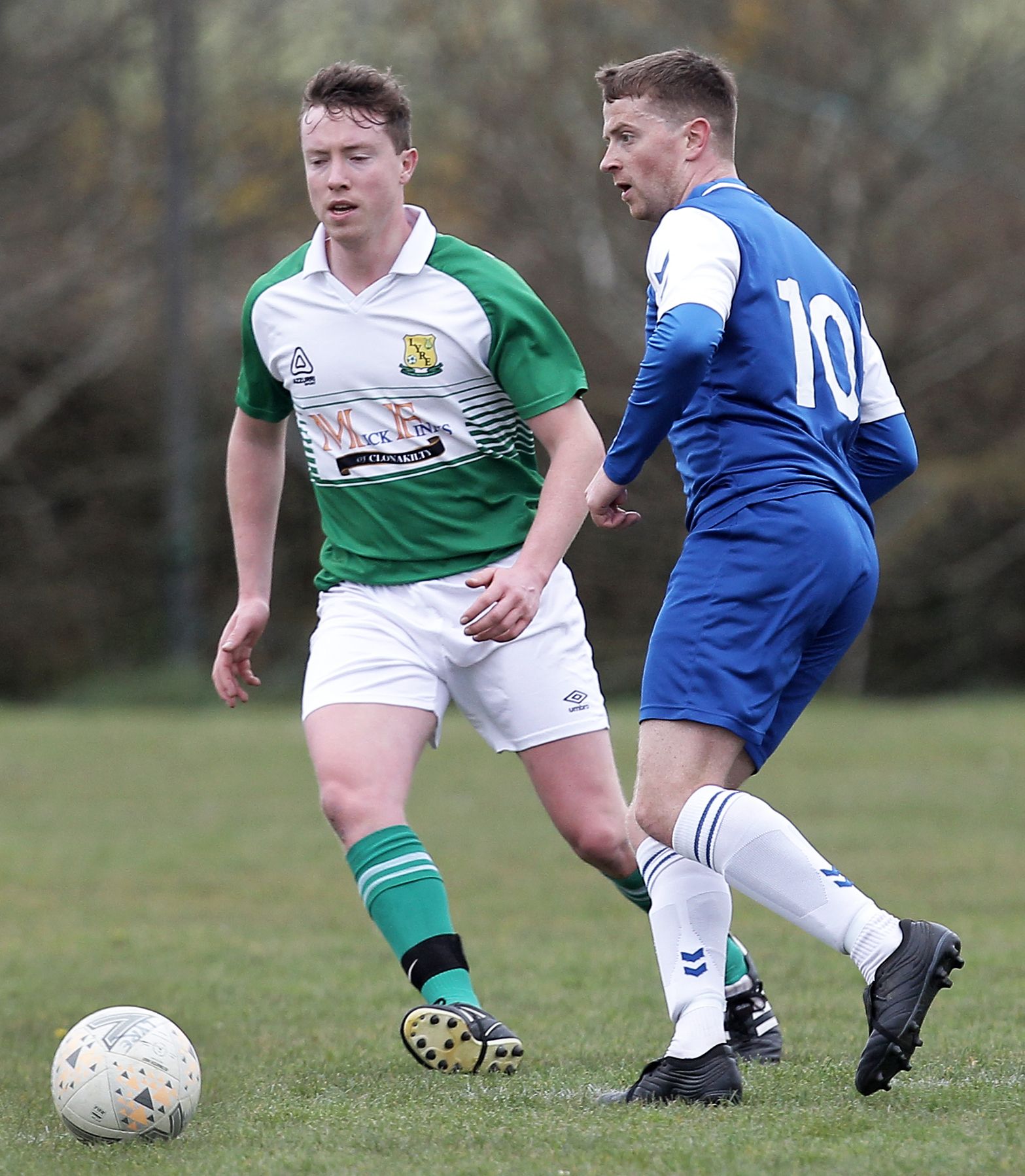 Lyre punished Riverside for those wasted chances when Mike Keohane’s injury-time cross from the left side-line floated all the way into the back of the net to complete a merited 3-1 victory.

‘Kevin Keohane’s goals were hugely important and he was outstanding all over the pitch for us today,’ Tom Barry added.

‘We will be underdogs no matter who we face in the Beamish Cup final. Look, we will see what we can do.’

Rovers will face Clonakilty in this year’s decider and have every chance of causing an upset based on Sunday’s display.