Kellie Harrington celebrates with her gold medal after defeating Beatriz Ferreira of Brazil in their women's lightweight final at the 2020 Tokyo Olympic Games. (Photo: Brendan Moran/Sportsfile)

On the one hand she was proud of her Irish teammates getting the chance to showcase their talents on the sport's biggest stage.

On the other though, it was a reminder of what she was missing out on.

The Cill na Martra boxer (25), a two-time Irish Elite champion, was denied her chance to qualify for the Tokyo Games when a ‘last chance’ qualifying tournament in June was scrapped due to the ongoing pandemic.

In its place, a points-based qualification system was introduced to determine which boxers would qualify for the games.

The new system benefitted several Irish boxers but Desmond wasn’t one of them. 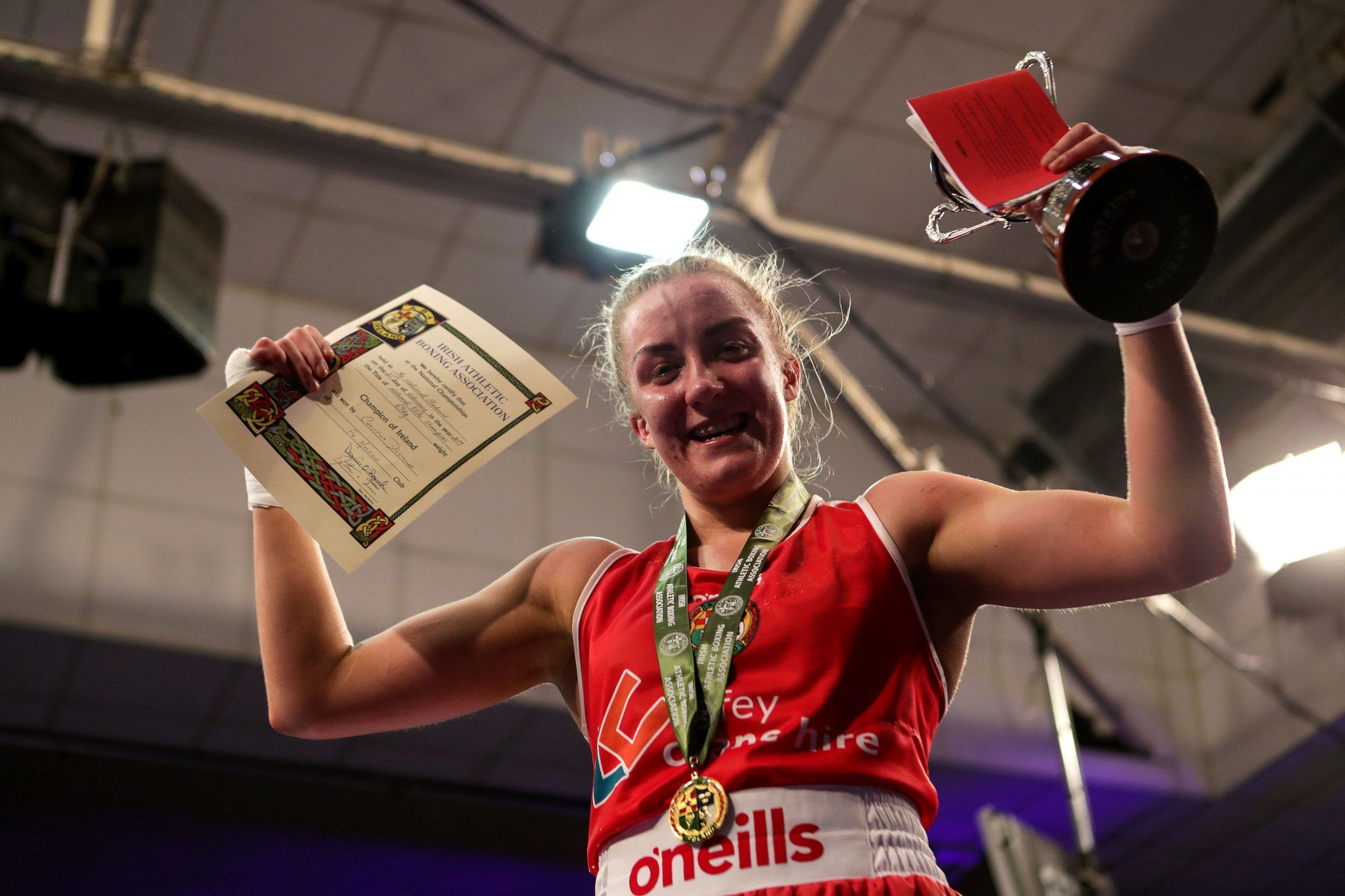 Cill na Martra boxer Christina Desmond is a two-time Irish national champion and one of the best in the country.

‘It was hard to watch to be honest with you,’ Desmond explained to The Southern Star.

‘I’m happy it’s over in a way, because it was a long couple of weeks, but my teammates did absolutely outstanding.

‘It was brilliant to see them do so well but it did bring you back every few seconds to “that could be me.”’

Despite the disappointment, Desmond will likely get another chance when the Olympics roll into Paris in three years time.

At 25, she’s six years younger than Ireland’s newest golden-girl Kellie Harrington, a woman Desmond knows better than most having roomed with her when she first joined the Irish High Performance set-up at 17.

‘I’ve been lucky enough to be her roommate. We’ve had ups and downs together so for me to see her go and do that is unbelievable and I’m really, really proud of her.

‘Kellie would be seen as the outspoken one on the team. She’ll say it if she thinks something is unfair. She’s a gas character. She puts everybody else first.

Desmond and Harrington have shared more than just a room together though. As teammates for the bones of eight years, they have shared many rounds of sparring and traded hundreds of blows, sharpening each other’s skills to take on the best in the world.

‘We’ve always been thrown in the ring with each other. Kellie is unbelievable. She’s fast and she can change stances. There have been competitive spars between us.

With the next Olympic Games only three years away, Desmond is hopeful she’ll be in a position to try and emulate her old friend and teammate.

The gold medal-winning boxer in Desmond’s weight class in Tokyo was Turkish fighter Busenaz Sürmeneli, an opponent the Dungarvan-based Garda knows well. At the 2019 World Championships in Russia, Sürmeneli narrowly defeated Desmond via a split decision with a questionable refereeing decision proving decisive. Sürmeneli won gold thereafter and has continued to dominate the women’s welterweight division since.

Though she harbours ambitions of becoming an Olympian in Paris, and would relish the chance to avenge her defeat by Sürmeneli, Desmond is under no illusions as to the challenge that lies ahead.

But with a strong support unit around her, she knows she won’t be embarking on that journey alone.

‘It’s a long road. High performance is a very gruelling lifestyle both mentally and physically. Am I able for that? I do believe so. I have the backing from my own family, my own friends , my partner and my profession so that would be the goal.

‘I’m top six in the world, top four in Europe and that’s training at 70-80% so I could imagine doing big things if I dropped everything and trained hard.’